I was walking in downtown Los Angeles one February morning this year and, at a street intersection, I came across a 3-storey high video, wrapping around a building podium. Mesmerised by the pixelated screen with its enormous, blazing images of black athletes in slo-mo, I surrendered to the subliminal seduction. I was anticipating a message from the sponsor — it didn’t feel like a community service announcement — and so it turned out to be Nike. At the end of the loop — after the newest, coolest sneaks — the screen went brilliantly white, and these words appeared: Representation Matters. Being somewhat of a political tragic, I was taken aback. Is Nike trying to say something about politics now? On the footpath, meanwhile, I’m navigating a few vagrants – mostly black and stoned – who seem to be scrounging around and living in a nearby tent city. Fast forward to this week, and here’s LA in lockdown — as with many other US cities — not because of COVID, but because of the poor rising up.

With a population of 39 million, of whom 40% are non-white, the Golden State is both the wealthiest, and the poorest in the US. Way bigger than any other in the US, it ranks as the fifth largest economy in the world, with 170 billionaires — more than any other country excluding the US and China. Notwithstanding, 24% of Californians live in poverty, and I wonder how these people are represented. The legislature in Sacramento doesn’t reflect this demographic; virtually no state or national assembly does. That’s because the system advances charismatic politicians — typically lawyers — who speak confidently to public policy issues. The college-educated may be well intentioned and articulate, but can they ever really appreciate the plight of non-majority sectors of the community?

In a fundamental break with conventional practice, Belgium is pioneering a new way to select its representatives. Some of you may already know that, last year, the autonomous German-speaking region, Ostbelgien, established a citizens’ council chosen by civic lottery. Not since democracy was invented in Athens have delegates been chosen in this way. The councillors sit alongside the traditionally elected parliament and propose new laws for the parliament’s review. Belgium may be the first place to revitalise democracy as it was originally conceived, but for many years these so-called ‘mini-publics’ have been successfully undertaken in several countries, including the US. In my recent article in The Mandarin, I referred to the OECD and its work which identified over 100 mini publics in the last decade, including the 2012 Irish constitutional citizens’ assembly, and the current one in France, where 150 citizens are deliberating on climate change.

By having a mirror image of the community at large, such forums offer participants a uniquely collaborative experience in resolving difficult public policy issues. Importantly, for those not directly involved — especially the poor — they see people like themselves in the centre of the decision-making. There’s an African saying — often attributed to Mahatma Gandhi, but more traditional in its origins — ‘Whatever you do for me, without me, you do to me.’ Representation does matter — and how. 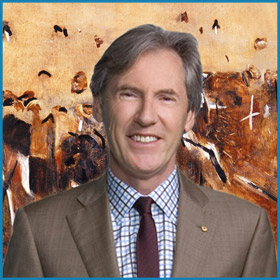 Luca Belgiorno-Nettis is the Managing Director of Transfield Holdings, and Prisma Investment – a private Family Office. He has a B. Arch. (UNSW) and a Dip.Urb.Est. Mgmt. (UTS) and is also a member of the UTS Vice-Chancellor’s Industry Advisory Board. In 2004 he founded The newDemocracy Foundation, a non-for-profit research organization focused on political reform.  In 2009 he was awarded an AM for his work in arts and the community generally, and in 2014 he was awarded an Honorary Doctorate from Western Sydney University.