Japan to allow 250 visitors a day from Australia, NZ, Thailand and Vietnam

According to government sources speaking with Japan Today, Japan is planning to introduce a quota of around 250 foreign travellers per day from Australia, New Zealand, Thailand and Vietnam sometime over the next three months.

The plan, which is currently being developed by a government taskforce, would reportedly prioritise businesspeople, including executives and engineers, and then students and tourists.

“We will continue to carefully consider ways to partially resume (international travel) in steps, while taking care to prevent infections from spreading,” Prime Minister Shinzo Abe told a parliamentary committee.

Those four countries were reportedly chosen both for having their outbreaks under control and their strong economic ties with the country; Japan will consider expanding the list to other countries, such as China, the US and South Korea, as outbreaks unfold.

Sources also expect that the easing of travel restrictions will be mutual, and note governments are currently discussing safety arrangements, for example how freely travellers will be able to move and how many people will be allowed per individual country.

According to the sources, travellers in Japan will be required to:

As some countries begin reopening their borders, the sources note Japan is also considering setting up stations to conduct PCR tests on people leaving the country.

Yesterday, NSW Premier Gladys Berejiklian announced that further restrictions will be lifted from Saturday to allow food courts to reopen, the number of visitors in homes to increase from 5 to 20, and the size of outdoor gatherings to lift from 10 to 20.

Food courts must have a COVID safe plan in place when they reopen on Saturday, to include:

Elsewhere, the state government announced a new support package for independent brewers “hit by drought, bushfire and COVID-19”, to include funding of $135,000 for one year’s annual membership funds through the Independent Brewers Association.

The Northern Territory government yesterday announced a tourism voucher scheme to encourage residents to explore the Territory and support local tourism until borders can re-open to interstate visitors.

More than 26,000 vouchers worth $200 in matched spending will be available at www.territoryvoucher.nt.gov.au from 1 July, Territory Day, for Territorians to put towards a tourism experience, tour, accommodation, hire car or recreational fishing charter before 31st October 2020.

The $5.2 million voucher initiative will also be supported a marketing campaign “Never have I ever…” (#NeverHaveIEverNT), and has been developed in partnership with Northern Territory Regional Tourism Organisations, Tourism Top End and Tourism Central Australia.

Yesterday, the Victorian government announced that learner permit and licence testing including drive tests will progressively resume from Monday 15 June.

As part of the resumption, more than 200 new staff will be hired to help work through the postponed appointments as quickly as possible, with testing to resume at all VicRoads testing locations as well as six new, temporary licence testing sites to commence operation in the coming months.

The chief health officer has outlined a range of measures to allow drive testing to commence safely, including:

In related news, reforms to Tasmania’s testing regime will see the streamlining of L1 and L2 into one Learners state — which was introduced as a COVID-19 assistance measure — become permanent.

All performances will feature Canberra artists, speakers and personalities, and stream via Facebook on Mondays, Wednesdays and Fridays starting on Monday 15 June. Videos will also be available to watch after sessions have ended, for those who are unable to watch during the scheduled times. 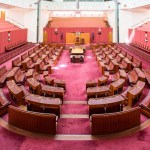 For accountability and transparency, questions on notice should be banned 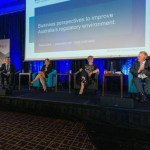 Co-design, not secondments, key to enhancing APS understanding of business 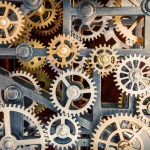 Machinery of government change management under the spotlight 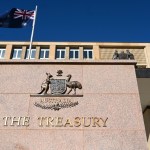 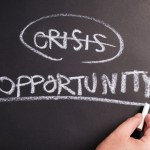 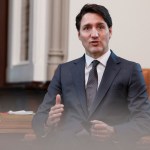 How to make a carbon club work