After abandoning lockdowns, India faces projections of 800,000 by July

According to Bloomberg, India faces projections of 800,000 cases by July after easing lockdown measures that, after being brought into effect in March, was not able to fully “flatten the curve” but did create massive economic costs.

In the face of colossal economic consequences — restrictions forced roughly 122 million people into unemployment in April and, according to the World Bank, could push at least 12 million into extreme poverty — India announced a phased lifting of national restrictions at the end of May, allowing malls, restaurants and places of worship to reopen from low-activity areas in June 8 and expand throughout June.

It’s impossible to fully appreciate the exponential challenges COVID-19 has meant for a country 1.3 billion, of course; even the democratic-socialist region of Kerala, which The New Statesman reported in May successfully and uniquely managed their outbreak through both quick responses and long-term public investments, has seen numbers spike this month.

Now, as total cases hit 343,000, with the government effectively cannot hope for focusing on mitigating casualties and some regions starved of healthcare equipment, a team of data scientists at the University of Michigan project India could see its total caseload jump beyond 800,000 by July.

Professor of biostatistics at the University of Michigan Bhramar Mukherjee has even had to remove longer-term projections from their website because they were causing people to panic.

“You cannot see the peak, it’s been pushed further in time,” said Mukherjee.

“I wish I could be more positive but I think it’s going to be really hard over the next couple of months.”

New Zealand has suspended compassionate exemptions from managed isolation after the diagnosis of two recent arrivals from the UK ended a 24 day period of no new domestic cases.

While Prime Minister Jacinda Ardern stressed in a live Facebook announcement the country was always going to record new cases as people continue to return from overseas, she declared that “expectations have not been met” after the two women tested positive after leaving a managed isolation facility without essential health checks.

As Stuff reports, Director-General of Health Dr Ashley Bloomfield yesterday confirmed that the women — who, he stressed, did nothing wrong themselves — were declared positive on Tuesday, after being tested in Wellington on Monday, and leaving their facility in a private car from Auckland on Saturday, 13 June.

The pair arrived in the country on Sunday 7 June from the UK, via Doha and Brisbane, and requested a compassionate exemption on the Friday in order to travel to Wellington and comfort a relative after a parent had died; the process was expedited, on the grounds they would abide by an agreed plan that meant:

Bloomfield further explained that, while people are usually tested before leaving a facility, the specific circumstances and officials’ confidence over the plan meant they were not; he was also unsure if the women were even taken through a checklist of symptoms, although one per her mild symptoms down to a pre-existing condition.

“My understanding is the person who had the symptoms was asked ‘are you Ok?’,” Bloomfield said. “And it may well have been that [asking symptoms] may have elicited specific symptoms that may have led to suspicion.”

Since arriving in Wellington, their only contact has been with one family member. Other potential contacts include people on the same Air New Zealand flight from Brisbane and guests and staff in the managed isolation facility; officials are reviewing footage from their arrival and transit to gauge for other contacts, and are certain all contacts can be traced.

While Bloomfield initially announced any future exemptions would require negative tests — recent, still-to-be approved changes in New Zealand meant those in managed isolation were set to only being tested on days 3 and 12, although their exemption and the fact they came through the transition period meant the women were not tested on their third day (or at all) — Health Minister Dr David Clark later suspended the exemption system entirely:

“Compassionate exemptions should be rare and rigorous and it appears that this case did not include the checks that we expected to be happening,” Clark said. “That’s not acceptable.”

“The Director-General will be reviewing the processes around these latest two cases, noting that he has already made it a requirement that all individuals must return a negative COVID test before leaving managed isolation facilities from now on.

“I have asked the Director General to consider if there are any other measures we can put in place to strengthen our health protections at the border.

Compassionate exemptions will only be reinstated once the government “has confidence in the system”.

On the home front: Queensland details stage two of its Economic Recovery Strategy

Yesterday, Queensland Premier Annastacia Palaszczuk announced the second phase of the state’s Economic Recovery Strategy, which — after phase one in May focused on infrastructure, industry support and future growth initiatives — includes “further measures for small business, for tradies, for farmers, for first home buyers, for seniors, for cabbies, for the tourism industry, and for artists and musicians.”

Funds are outlined below, with links to further information where available. 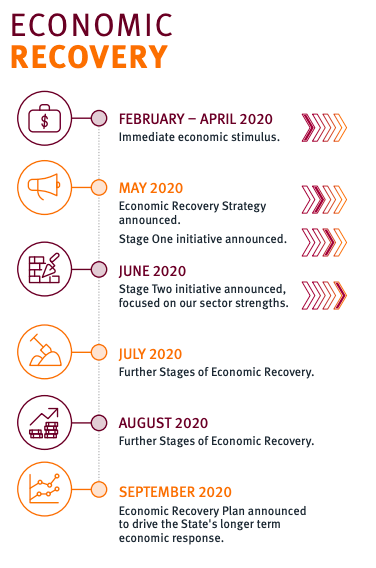 Relatedly, NSW announced that public transport peak capacity will double from 1 July, and Victoria has hired more than 300 tram sanitisers through the ‘Working for Victoria’ initiative to boost cleaning services.

Victoria’s Minister for Aboriginal Affairs Gabrielle Williams yesterday announced an extra $23 million to support Aboriginal Australians throughout the pandemic, to include:

Elsewhere, the state government also unveiled the first tranche of beneficiaries from the their Sustaining Creative Workers initiative. 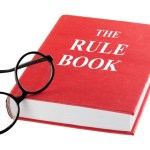 Without a holistic architecture of service delivery, citizens miss out on coordinated and suitable responses to their particular welfare needs 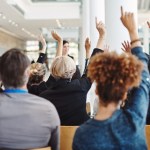 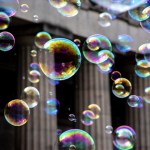 Doyens of the Canberra bubble gather to hear Prime Minister ScoMo give the APS its orders, while Yarralumla fills with sunshine 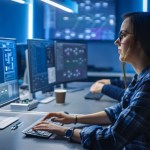 Robospooks: the perils of spy agencies’ embrace of artificial intelligence 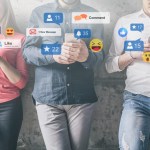 How to keep complaints from spreading: limiting the fallout from negative social media posts