The World Health Organization will update its clinical guidance after initial trial results from the UK found that dexamethasone — an anti-inflammatory corticosteroid in use since the 1960s — can be lifesaving for critically-ill COVID-19 patients.

According to preliminary findings from the University of Oxford’s larger ‘RECOVERY’ trial of existing drugs, dexamethasone was shown to reduce mortality for patients on ventilators by about one third, and cut mortality by about a fifth for patients requiring only oxygen; there was not benefit observed in patients with milder symptoms.

“This is the first treatment to be shown to reduce mortality in patients with COVID-19 requiring oxygen or ventilator support,” said WHO Director-General Dr Tedros Adhanom Ghebreyesus. “This is great news and I congratulate the Government of the UK, the University of Oxford, and the many hospitals and patients in the UK who have contributed to this lifesaving scientific breakthrough.”

Listed on the WHO Model List of Essential Medicines since 1977 in multiple formulations, dexamethasone is a relatively-inexpensive, off-patent and widely-available steroid — importantly, even in developing countries — used to reduce inflammation in conditions including inflammatory disorders and certain cancers

Oxford researchers shared initial insights about the results of the trial with WHO, and the body is awaiting full data analysis over the coming days. WHO will then coordinate a meta-analysis to increase their overall understanding of the intervention, and update clinical guidance to reflect how and when the drug should be used in COVID-19.

As Science notes in its report on what could be a historic discovery, dexamethasone’s effect is apparently much stronger than the only other drug that’s thus far been shown to benefit patients in a randomised clinical trial; remdesivir — which, while shown to reduce the number of days in hospitalisation for critical patients, did not clearly reduce deaths.

While promising, there is some disappointment amongst medical experts that the RECOVERY team has not yet released full data analysis; one of the principle investigators of the trial, Oxford’s Martin Landray, acknowledges the criticism but says the mounting death toll meant it was more important to get basic results out as soon as possible:

RECOVERY is currently investigating several other experimental therapies, including the HIV drug combination Lopinavir-Ritonavir, convalescent plasma, and the controversial antimalarial hydroxychloroquine; while initial recruitment for low-dose dexamethasone was halted on 8 June, they are still recruiting for children.

For more on the challenges and risks born from the unprecedented rush for COVID-19 treatments, check out Science’s interview with three clinical trial experts.

In a packed day for the state, Queensland’s government has announced a ‘COVID-Safe State Election Plan’, a return to stadium events this weekend, and a one year freeze on community services workers.

First, the Statement of Principles Governing the Conduct of the COVID-Safe Queensland General Election, tabled in state parliament, will include a range of safety measures for both voters and polling staff during the October election period, including capacity for the Electoral Commission of Queensland to accept telephone votes from vulnerable voters.

“This year’s state election will see Queensland have an election period, not just an election day,” attorney-general and minister for justice Yvette D’Ath said. “It will mean more pre-poll locations, longer pre-poll hours and more pre-poll voting days in the two weeks prior to polling day.”

“In extreme circumstances, such as a localised outbreak, this could include the ECQ delivering the election to some electorates as a total postal vote.”

Secondly, deputy premier Steven Miles announced crowds of up to 2000 people will be able to return to major sporting venues as part of a trial run this weekend, with “COVID-Safe site-specific plans” approved for Stadiums Queensland venues, including The Gabba, Suncorp Stadium and Metricon Stadium.

The next expansion of the state’s staged approach for sports venues will depend on the success of the trial, which will focus on extra cleaning, sanitisation, PPE-protected staff, and seating plans that ensure social distancing with “checkerboard” approach to available/unavailable seats.

A variety of stadium activations like kick to kick and player autographs will also not be feasible while restrictions remain, to meet social distancing requirements ensure patron safety and comply with the biosecurity principles of the professional sports’ governing bodies.

“One of the benefits of events in stadia is that they are ticketed, which helps to enable tracing requirements if necessary,” Mile said. “I also ask anyone who has downloaded the COVID Safe App to ensure it is on so if there were a confirmed case Health authority could rapidly notify any close contacts.”

Finally, Queensland passed legislation for portable long service leave scheme and a one year freeze on community service wages — which, as The Brisbane Times explains, will defer $500 million worth of pay rises for almost 250,000 public servants including police, teachers, nurses and firefighters.

While Queensland sits at its halfway mark for Stage 2 for community sport — as part of its 2 June plan, with non-contact training now well underway at most clubs and the Stage 3 return to full competition due 10 July — ACT yesterday announced the territory’s schedule for both non-contact and contact sport training and competition.

Following the easing of restrictions for informal sports three weeks ago, both non-contact and contact sport will resume under a two-stage approach: 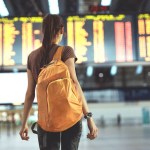 Right of return is paramount for Australians, but citizenship laws don’t see it that way 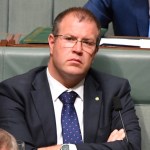 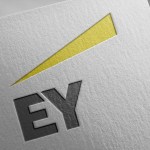 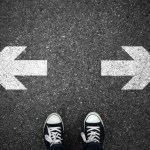 Better digital services could boost public trust — but where to start? 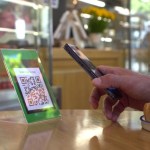 SMEs are ditching cash, as coronavirus fast-tracks a shift that will fundamentally change how they do business 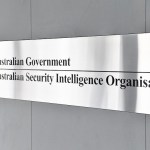