WHO urges caution for dexamethasone, as world reacts to breakthrough

While the World Health Organization has welcomed the preliminary release of trial results for dexamethasone — the cheap, widely-available inflammatory steroid found by Oxford researchers to reduce mortality for critically ill patients by up to a third — officials have also urged some caution considering:

"We need more therapeutics that can be used to tackle #COVID19, including those with milder symptoms.

How has the world responded?

Since the release of Oxford’s preliminary results, a number of government have already approved the use of dexamethasone as part of standard clinical care including the UK, Australia, Saudi Arabia, and Kuwait, while South Africa’s Department of Health and the Ministerial Advisory Committee has since recommended the drug for consideration.

As ABC News reports, the steroid has previously been approved by America’s FDA for other treatments, meaning doctors can prescribe the medication “off label” for treatment of COVID-19.

In fact, New York City emergency physician Dr. Robert Glatter had already used the drug to help treat a younger colleague, Dr. Scott Krakower, that was struck with severe upper airway symptoms during a period without any as-yet approved treatments:

“Scott came in the ER with multiple complaints, difficulty swallowing, difficulty breathing, and I noticed that he was breathing relatively rapidly,” Glatter told ABC News. “So because of that, I wanted to select a medication that had rapid onset that was quite potent.”

“These steroids belong to a class of medications that have effects on cells — and really it’s the inflammation that the steroid affects and helps to reduce. So the effects of the virus are usually inflammation, and it causes swelling of cells and produces byproducts that are adverse in terms of recovery.”

Elsewhere, The Jakarta Post reports that Indonesian pandemic monitoring community KawalCOVID-19  — “Guard against COVID-19 — has warned of possible misconceptions by the public, specifically if results are misreported by the media and/or public officials ala hydrochloroquine:

“The articles [reporting on the drug] provide correct information, such as that dexamethasone was given to hospitalized patients with severe symptoms,” KawalCOVID-19 cofounder Elina Ciptadi told the Post. “However, we have a problem with the public’s literacy rate. We’re concerned that the public might mistakenly believe the drug is a cure for COVID-19.”

“We fear a possible disconnect between media reports and the public’s reaction,” she added, citing concerns over a rush to purchasing the drug leading to scarcities.

However, as Quartz reports, shortages are less of a concern for dexamethasone than other treatments, due not only to a widespread, global supply chain but the ease to both produce and creates substitutes for the drug.

New Zealand wrap: Stranded Vanuatu nationals, a third case, and responding to a border failure with the military

In a noticeably big day for New Zealand, the government yesterday announced:

Additionally, the ABC reports that New Zealand recorded a third case — a man in his 60s who flew from Lahore in Pakistan, via Doha and Melbourne on June 11 — and Jacinda Ardern has called in the military to oversee quarantine facilities and manage border defences.

Writing at The Conversation on the lack of legal uncertainty over the country’s capacity to have detained the two early cases for the full two weeks, University of Waikato professor of law Alexander Gillespie has issued called for a royal commission into the entire country’s handling of the crisis.

A warning for museums

In joint reports announced in May, UNESCO and the International Council of Museums found around 90% of the world’s 95,000 museums were forced to close due to COVID-19 and that, more worryingly, nearly 13 percent may not reopen at all.

Now, a new article at the World Economic Forum, Curator of Biological Anthropology at the Smithsonian National Museum of Natural History Sabrina Sholts explores both the inequalities in terms of permanent museum closures — specifically in African, Arab and Pacific countries “where museums are relatively young and scarce” — and how even a brief look at ongoing responses from museums to the world’s top three challenges — racism, health, and climate change — demonstrates their unique and vital role in society.

On the home front: Queensland’s even bigger day

In another packed day for the state, the Queensland government yesterday announced:

Gunner’s announcement, which comes after the territory’s last recorded case recovered on May 21, is based on recommendations from Chief Health Officer Dr Hugh Heggie — who Mandarin Premium yesterday profiled as part of our Team COVID-19 series — for a 28-day assessment period before opening our borders i.e. or two COVID-19 replication cycles.

“Twenty-eight days’ notice makes sure we that we don’t stuff this up. The safety of Territorians will always be my priority.”

According to the national broadcaster, the decision goes against advice from the Australian Medical Association, which — per the vulnerability of remote Indigenous communities to the virus — called for the NT’s borders to remain “closed” (i.e. at least enforcing quarantine) until all other states and territories had eradicated the virus.

Yesterday, the South Australian government unveiled a plan to lift restrictions on the following school activities from 29 June, per existing government health advice:

The government noted that parents, volunteers, departmental support and other service providers will also be able to re-enter school and preschool grounds, providing health advice is followed. There will be no cap on the number of people in one room, however the one person per 4-square metre requirement will need to be followed by adults.

Ahead of South Australia re-opening borders on 20 July, the government notes that the the Education Department will consult with SA Health on interstate school camps and provide further advice to schools. 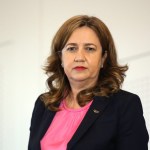 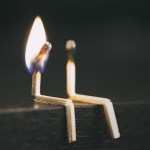 ‘Those are my principles, and if you don’t like them … well, I have others’ — Groucho Marx, or any of our federal ministers? 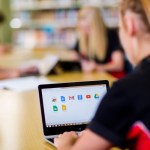 The successful ACT senior secondary colleges have reached an evolutionary crossroads that may lead to their demise. Can they be revitalised – or will they face a ‘gale of creative destruction’? 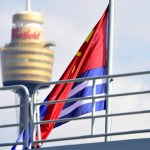 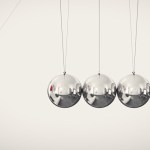 Case study: how not to hire a public service leader from the private sector (or: How a highly respected CEO of a venerable NGO learned about politics the hard way) 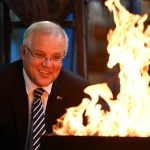