How Victoria will put ten postcodes back into Stage 3

Following analysis of testing results over the past two weeks, including over the past 5 days’ Suburban Testing Blitz, Victorian Premier Dan Andrew yesterday announced plans to put ten Melbourne postcodes into Stage 3 ‘Stay at Home’ restrictions for four weeks starting from midnight tonight.

Residents and visitors will be subject to the four, now-standard reasons for leaving their house: shopping for food and supplies; care and caregiving; exercise (outdoor only, with one other person or members of a household); and study or work that cannot be done from home.

These restricted postcodes and their corresponding suburbs/Licensed Post Office include:

As the Department of Health and Human Services’ hotspot Q&A notes, residents in affected households may not visit, or receive visits from, friends and family members except for caregiving/compassionate reasons or receiving services — however partners may visit each other as long as they otherwise abide by the stay at home rules.

Residents will otherwise be banned from travelling outside their postcodes for holidays, but anyone already on holiday will not be forced to return.

Activity, facility and venue restrictions for affected postcodes include:

One-off, $5,000 Local Lockdowns Business Support grants will be provided to affected businesses, who can apply if they meet the following guidelines:

Businesses can register their interest now at Business Victoria, while applications and further guidelines will be announced shortly.

While obviously more complicated than a state-wide approach, Andrews, in his press conference, noted that the postcode-specific approach will mirror the north west Tasmania shutdown in April, and, at a glance, is similar to how 11 neighbourhoods across Beijing have been shut down in the wake of their outbreak this month.

This process found that the ten postcodes could be split into:

In terms of enforcement, the ABC explains police will again start issuing on-the-spot fines and take a “booze bus” approach to regulating traffic in and out of each suburb. Considering the size of the affected areas, Andrews was open about it being logistically impossible to create a wall-to-wall police presence, and called for community cooperation.

More worryingly, while the testing blitz saw roughly 93,000 residents tested across just five days, the premier’s updated announcement notes that more than a thousand people, when asked, refused to be tested. He noted that — considering “forced testing almost certainly involves more contact than the system we have now” — there is little the government can do other than encourage people to come forward,

Potentially, the rollout of new saliva-only testing may alleviate some concerns but, as researchers told The Sydney Morning Herald earlier this week, their accuracy can be as low as 87 percent reportedly due to lower virus levels in saliva compared to nasal secretions found in throat and nasal swabs.

Further, the Premier announced a judicial inquiry into Victoria’s management of hotel quarantine, after a number of cases through late May and early June were linked to breaches. He has also requested that international flights be diverted from Melbourne for the next fortnight in order to reduce pressure on hotels.

“A significant number, and potentially more, of the outbreaks in the north of the city are attributable via genomic sequencing to staff members in hotel quarantine breaching well-known and well understood infection control protocols. That is unacceptable to me. I’m sure that will be unacceptable certainly to all of those who will be impacted by the restrictions that we have had to reimpose, announced today, coming into force at 11.59pm tomorrow night.”

Finally, in a good reminder that smears and falsehoods perpetuated by both media and politicians have real consequences, 42% of participants of a new Essential poll falsely believe that “many of the new cases of COVID-19 in Victoria have been from people who attended the Black Lives Matter protest”

While a handful of infected people attended the rally, there is still no evidence anyone was infected at either the Melbourne or national events.

So, 42% of people Essential polled believe that "many of the new cases of Covid-19 in Victoria have been from people who attended the Black Lives Matter protest" pic.twitter.com/yfKWb9G0pS

Are super-spreaders anything special?

In a report at The New York Times, science writer Carl Zimmer examines some of the current challenges in understanding the “super-spreader” phenomenon, or how, as a London School of Hygiene and Tropical Medicine study found in April, roughly 10 percent of infected people are responsible for 80 percent of new infections.

Researchers speaking to Zimmer say the phenomenon, supported by subsequent studies including a recent study in Georgia that found just 2% of people were responsible for 20% of transmission, is more likely down to circumstances than potential biological differences. That is, the possibility that, with difference in virus reproduction rates, some people could become “virus chimneys, blasting out clouds of pathogens with each breath”.

But Zimmer stresses that understanding the potential for anyone to become a super-spreader, knowing how they foster lagged-outbreaks, and implementing relevant mitigating policies into post-COVID societies, will become essential for creating long-term, cost-efficient adaptation plans:

“Since most transmission happens only in a small number of similar situations, it may be possible to come up with smart strategies to stop them from happening. It may be possible to avoid crippling, across-the-board lockdowns by targeting the superspreading events.”

Incidentally, in just one of those latest potential risk analyses a JPMorgan economist has suggested that restaurant spending could be a predictor for coronavirus cases. In short, states that saw an increase in supermarket spending, i.e. New York and New Jersey, predicted a slower spread of the virus compared to states allowing restaurants to remain open including Texas and Arizona.

Although correlation does not immediately equal causation, the findings suggest that increased supermarket spending can be taken as an indicator that people are staying home and, therefore, socially distancing more.

State wrap: Queensland to open borders to all save Victorians

The Queensland government has announced plans to reopen their hard border from 10 July to every state and territory but Victorians — who, from noon on Friday, July 3, must complete 14 days of hotel quarantine at their own expense.

As the updated roadmap below demonstrates, the state will also ease internal measures on Friday to allow for gatherings of up to 100 and more businesses to reopen, including nightclubs (but not, apparently, dancing).

Similarly, as ABC reports, South Australia will scrap its planned 20 July border reopening with Victoria, and, while NSW will not close its border to Victoria at this stage, Premier Gladys Berejilkilian urged residents not to “welcome” anyone from Melbourne:

“Do not allow anyone from a hotspot in Melbourne or from greater Melbourne to come into your home — you have the right to say no.” 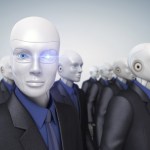 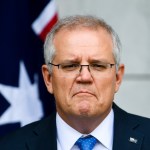 Australia’s AstraZeneca bungle is an exercise in failed communication 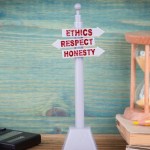 Underperformance in the public sector is difficult and painful: Linda Waugh talks about how to guide and advise a way through it 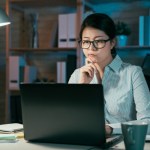 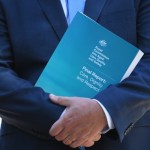