Victorian Premier Daniel Andrews has announced the border between his state and NSW will close after 11:59pm on Tuesday to prevent the coronavirus outbreak in Melbourne from spreading further.

It will be the first border shutdown between the two states since 1919, when the Spanish flu epidemic prompted the NSW government to close its borders with Victoria, Queensland and South Australia to slow the spread of the virus.

What will this new shutdown mean for residents on both sides of the border and what are the potential longer-term consequences of the closure, as well as those between other states? 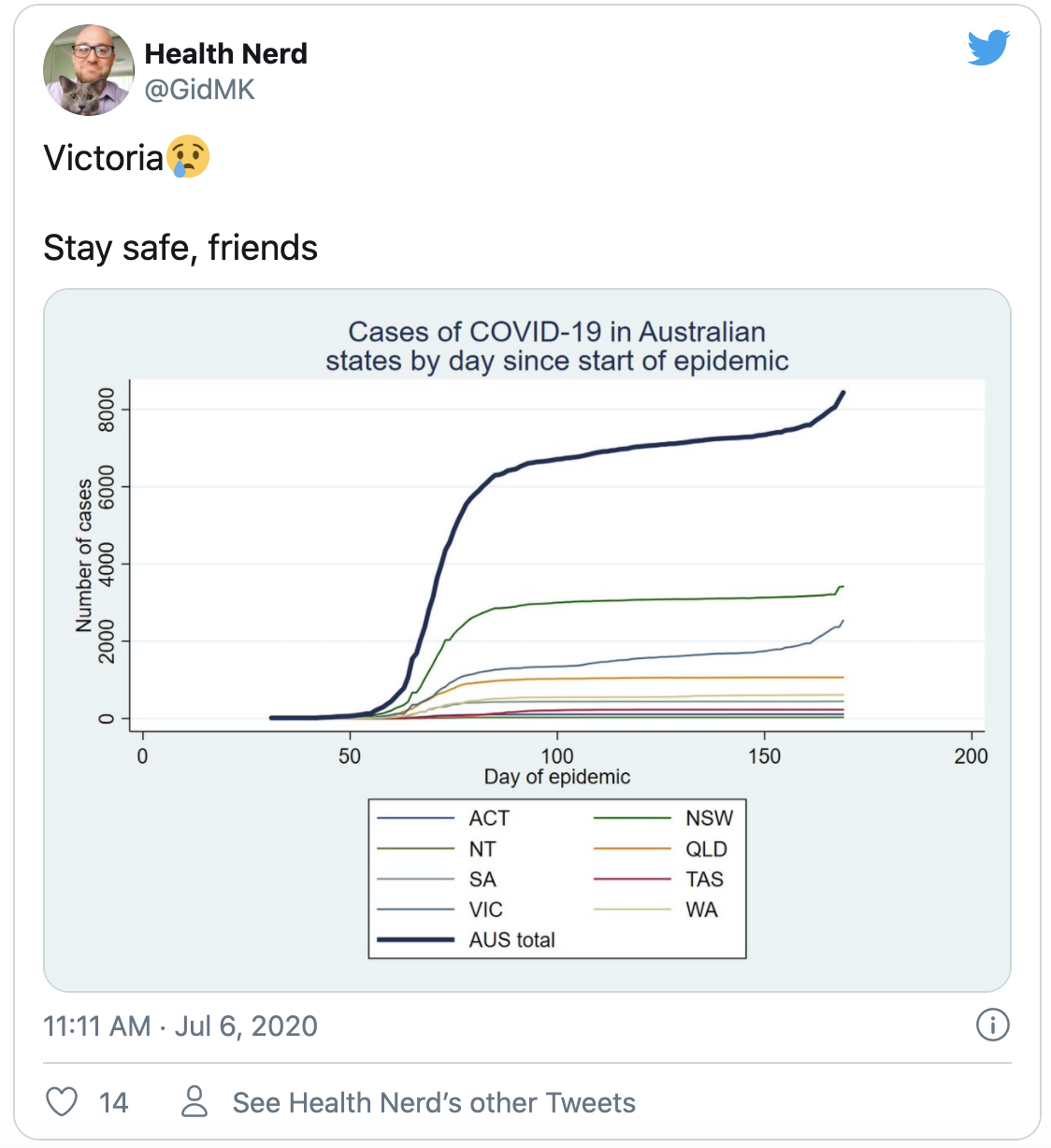 How will residents be affected?

There are more than 50 land crossings between NSW and Victoria, peppered between the coast and South Australia. Last year, NSW welcomed more than 4.7 million overnight visitors from Victoria.

There are also a number of interconnected communities along the length of the border, most notably Albury-Wodonga along the Murray River. There are some 89,000 people living in those towns, according to the 2016 census. Other large border towns include Echuca, Swan Hill and Mildura.

Since the outbreak of COVID-19, many states have announced similar border “closures”. It should be noted, however, that borders rarely, if ever, close completely. They are designed to act as filters, allowing officials to decide who, or what, crosses.

In other states with closed borders, residents in border communities have been given permits or exemptions to cross for specific reasons, such as specialist work or to care for sick relatives.

Permits for the NSW-Victoria border will likely be made available for residents of border communities like Albury-Wodonga and for those who believe they must cross for “exceptional circumstances.”

The permit system will also likely allow people to cross the border for health care. The Albury and Wodonga health system is unique in that it straddles the state line, providing service to 250,000 people in the region. The state of Victoria runs the Albury Hospital, even though it is located in NSW.

Trade is also unlikely to be highly affected. The NSW-Queensland border has been closed since March, but freight trucks have generally been allowed to continue to cross unfettered, though perhaps more slowly than usual.

Even though there have been few disruptions, this has not stopped challenges to the High Court over whether such closures are constitutional.

trade, commerce, and intercourse among the states, whether by means of internal carriage or ocean navigation, shall be absolutely free.

There are some exceptions to this freedom, though, particularly when it is necessary to protect the people of a state from the risk of injury from inbound goods, animals and people.

COVID-19 has generally been accepted as a reason for imposing border closures.

This has happened in Australia before. In January 1919, during the Spanish flu outbreak, a case of influenza arrived in NSW from Victoria.

NSW unilaterally closed the border between the states, followed by other closures (notably between NSW and Queensland). Some people tried to circumvent the border restrictions by taking to the sea.

Have there been border disputes before?

Victoria officially became an independent colony on July 1, 1851, with the border defined under the Australian Constitutions Act as

a straight line drawn from Cape How (sic) to the nearest source of the River Murray and thence the course of that river to the eastern boundary of the province of South Australia.

A boundary survey was conducted in the 1870s by Alexander Black and Alexander Allan to demarcate the straight line portion of border through the often mountainous terrain between the two colonies.

Disputes over the boundary have persisted since then, with reports noting that fishermen blew up the original cairn at Cape Howe to avoid license fees.

These disputes eventually found their way to the High Court in the 1970s and 1980s, particularly in regards to the boundary along the Murray River. The entirety of the river was found to sit within NSW in the 1980 ruling of a case involving bizarre circumstances – the jurisdiction of a murder that took place on the shoreline.

In 1984, the straight-line border between the states was resurveyed by the Department of Surveying, Royal Melbourne Institute of Technology, and renamed the Black-Allan line in honour of the first surveyors. The border was not officially recognised in name until 1998 by the Geographic Place Names Act.

What do border closures mean long-term?

One point of concern in the states’ response to the pandemic is the way it has changed the way we talk and think about borders. We have begun to separate ourselves from our neighbours.

And while the political rhetoric that goes back and forth between states has been mostly trivial in nature (think of Andrews’ comment about who would want to travel to SA), there is a risk of longer-term damage to relations between states.

Perhaps more importantly, some cross-border residents have been subjected to abuse for legitimately crossing state lines, often identified by their license plates.

Health experts have also disagreed over the need for border closures, with some saying there is a lack of evidence for their effectiveness in curbing disease transmission. However, even these messages have been mixed, and some have been politicised.

How NSW and Victoria proceed in managing their highly crossed and integrated border will throw up previously unforeseen challenges that Black and Allan were unlikely to have considered while navigating the alpine terrain between the colonies 150 years ago.

The boundary marker monument on the NSW-Victoria border in Genoa, an area affected by this summer’s bushfires, reminds us of the need for cross-state cooperation on issues that are not confined neatly within borders.