And then there was none.

Early this morning the National Party caucus awoke to a nightmare. Todd Muller, their newly minted leader of some 53 days, had resigned his position.

This is not just another leadership spill, coup or change. In fact, nothing about this is routine.

First, Muller has been National’s leader for just less than two months, and will now go down as the shortest-serving leader of the party since its formation in May 1936.

And third, whoever leads the party into the election will be up against Jacinda Ardern, one of the most popular political leaders New Zealand has ever produced.

It is an inauspicious time to be changing the brass plate on the door of the leader’s office. 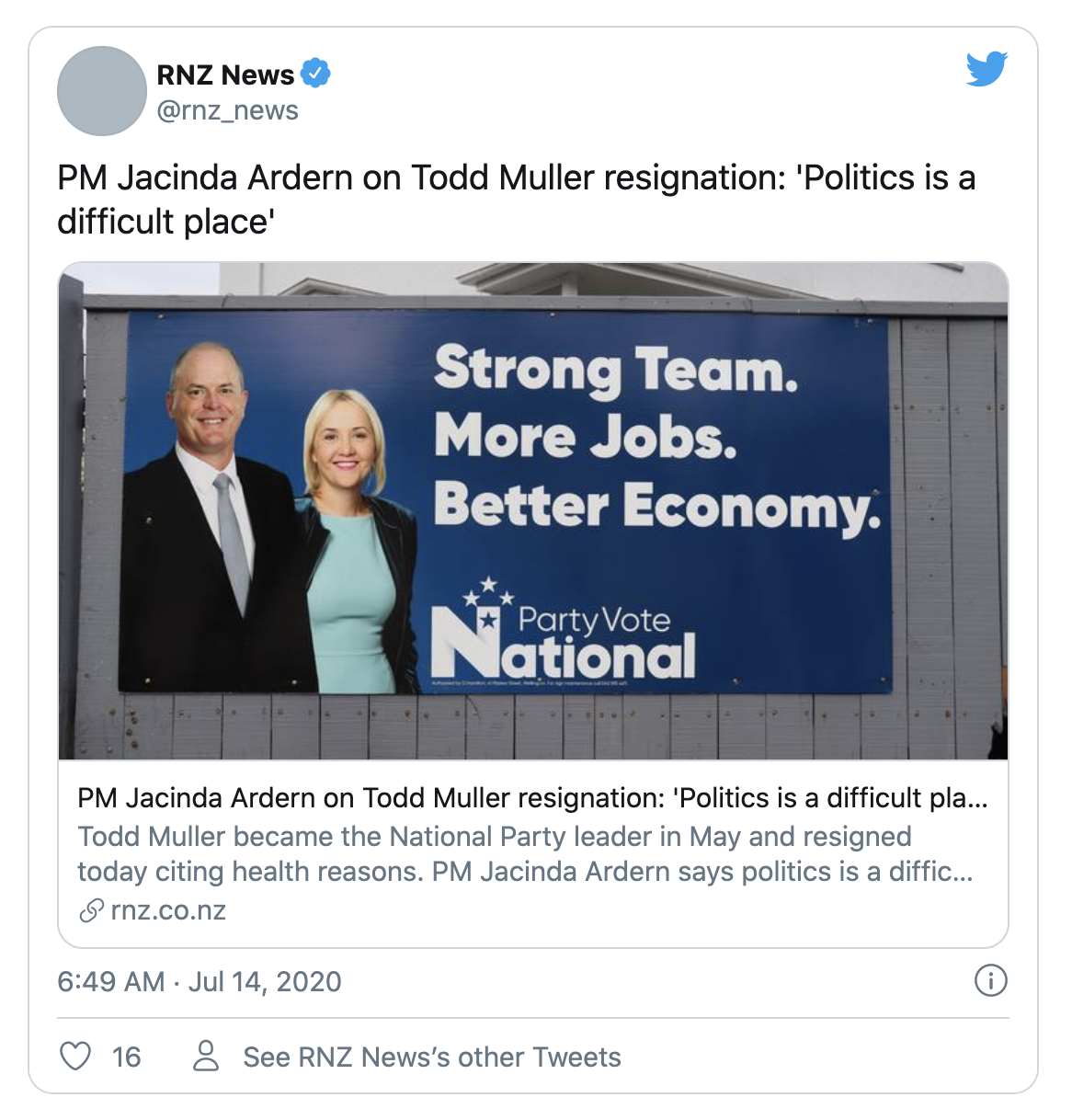 Why did Muller go?

In his statement Muller acknowledged he was not the right person for the position. Given his background, which included time as an advisor to former National Party leader and prime minister Jim Bolger, it can’t be said he came to the job uninformed of the unique pressures that come with leadership of the country’s most electorally successful party.

He also alluded to the toll the job was taking on his own health and that of his family. It would seem that what was once only theory regarding the physical, psychic or emotional toll political party leaders and their families pay has become all too real.

If so, I imagine most people might be inclined to say: good call, mate.

However, it’s unlikely that sentiment is dominating the thoughts of National’s caucus. Having just been through a divisive leadership change when Muller replaced former leader Simon Bridges on May 22, they will privately be furious about the nature and timing of Muller’s announcement.

National now has to scramble, and fast.

The first task is to find a new leader. Muller’s deputy, Nikki Kaye, is now acting party leader but tainted by her association with Muller. Various other caucus heavyweights – including Judith Collins, Gerry Brownlee and perhaps Amy Adams – are also in the frame. 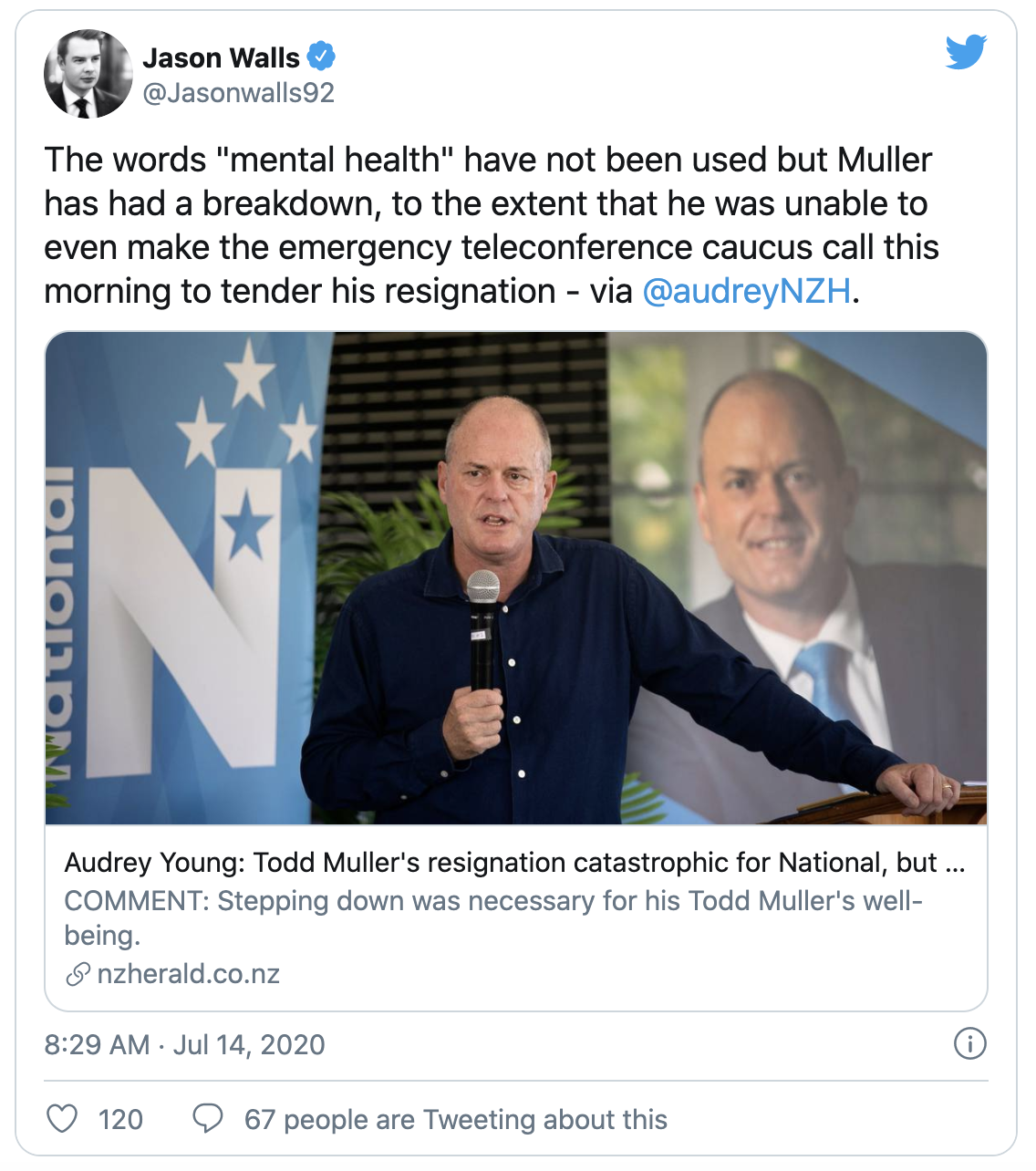 But it is difficult to think of a more challenging set of circumstances in which to take over leadership of any political party: a hugely popular prime minister; a global pandemic; a divided party that leaks disastrously and has trouble identifying its own people’s ethnicity; and a timeframe that is not so much tight as suffocating.

National’s campaign strategy (and the inner circle around the leader responsible for it) also needs tweaking, if not a complete reset.

The party has long trumpeted its credentials as a competent economic manager, but it becomes very difficult to see how the word “competent” can now be part of the party’s rhetoric without triggering widespread guffaws.

And quite apart from the big picture considerations there are myriad operational particulars that need to be changed (at no small expense), not the least being the campaign hoardings (some of which are already up on fences) and pamphlets that feature Muller and Kaye. 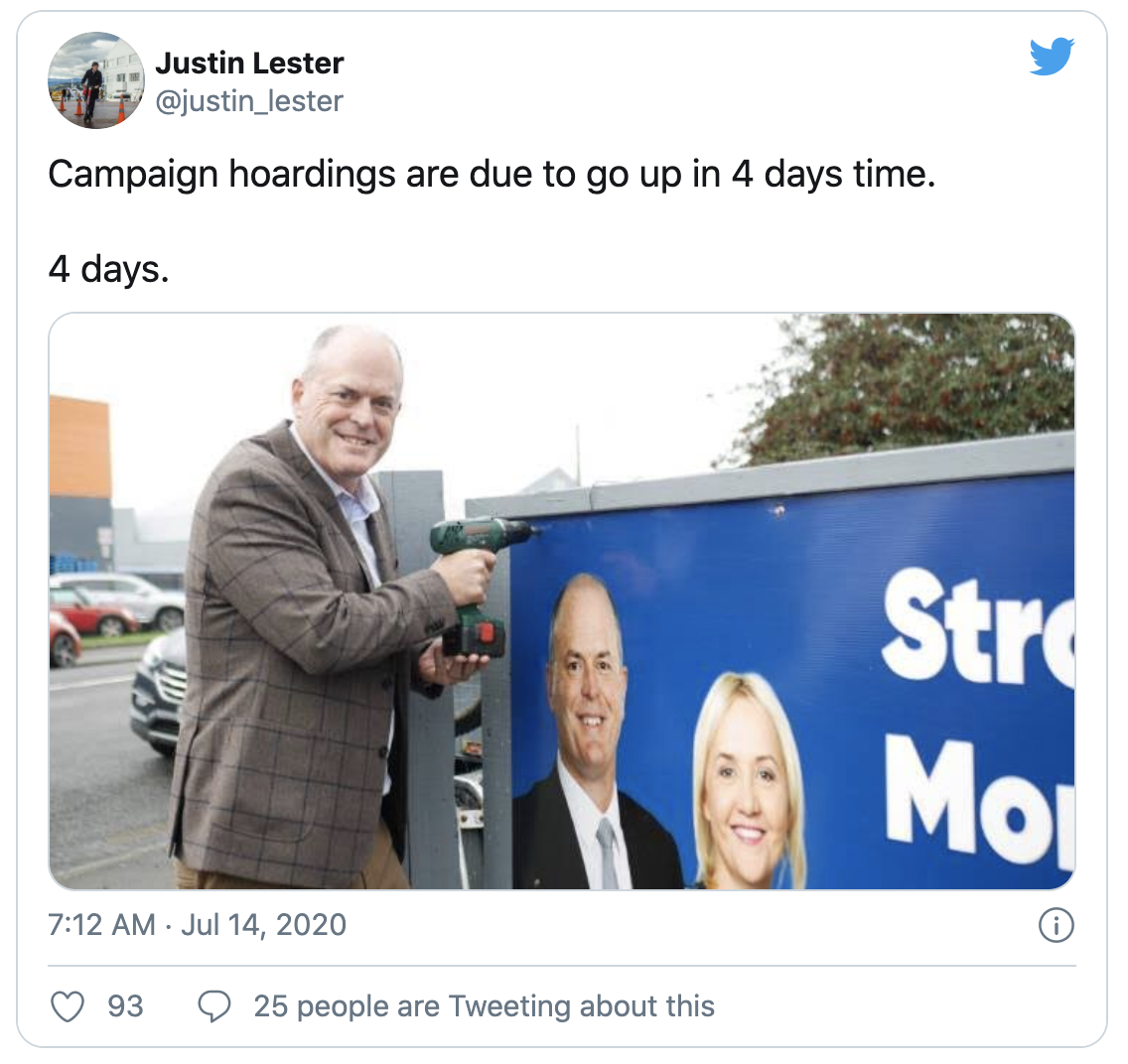 For the Labour Party it is difficult to think of a better time for this to happen. Yesterday the papers, websites and social media feeds were full of the news that the Serious Fraud Office has launched an investigation into donations to Labour before the 2017 election (to go with the ones already under way on the National and New Zealand First parties). Today’s news is wall-to-wall Muller.

It may be, too, that National’s disarray proves a godsend to the two other centre-right parties in the parliament, New Zealand First and ACT. Both stand to gain should soft National supporters decide to take their political preferences to other parts of the centre-right spectrum.

Alternatively, the soft right might continue to find refuge in Ardern’s Labour, as recent polls suggest has been happening.

Why is our politics so toxic?

And so the feeding frenzy commences. In amongst the sound and fury, though, perhaps we should keep sight of one thing: Todd Muller made his captain’s call in the interests of his own health and that of his family.

So before we scramble on to the next leader, the next strategy, the next whatever ephemera of politics it is that catches our eye, we would do well to pause and reflect on the nature of politics.

What is it about the way we do this most human of activities that can cause someone this level of distress? What price do we expect people who put themselves forward for public office to pay? Is our politics broken?