The world is seeing the bizarre role Russia plays in the Galwan border clash. Understandably, due to close bilateral ties with China and India, Moscow decided not to interfere in their sovereignty issues and prefers to be a mediator by hosting tri/bilateral foreign/defence ministers’ meetings. Meanwhile, Russia has agreed to accelerate deliveries of military contracts with India, transferring to New Delhi a number of crucial technologies. Will this behaviour offend Beijing? What does Moscow want from the Sino-Indian clash? Instead of causing an intricate dilemma of choice to Moscow, I argue this skirmish has made Russia the biggest strategic beneficiary in trilateral relations.

By being a peaceful negotiator, Moscow shows Beijing that Russia has the capacity to be more than an oil/gas station or commodity-exporting market. The Kremlin’s eagerness to prove itself to Beijing originates from its enormous concern that Russia’s economy is increasingly dependent on China, although Moscow’s official rhetoric never mentions this. As French President Emmanuel Macron bluntly put it: the Kremlin should not put all of its eggs in China’s basket and become “China’s vassal”.

Notably, the pandemic has reinforced China’s dominant position in trade and critical industries. The first-quarter Chinese Customs statistics indicate that despite trade volume with the rest of the world plummeting by 8.4%, China’s trade with Russia has increased by 3.4%. Oil cargoes — the pillar export from Russia to Europe — continue to decline, while Chinese demand has remained stable, to date. Furthermore, as Alexander Gabuev, senior fellow at the Carnegie Moscow Center, points out, “there is huge appetite” in Russia to “emulate China’s model of societal control and surveillance” to face the potential coronavirus-caused turmoil. For now, owing to the mistrust of Western tech corporations, Moscow has no option other than to employ Chinese companies such as Huawei and ZTE.

Thus, Moscow needs an opportunity to declare its significance to Beijing. This border battle exactly offered the Kremlin a chance to reclaim its status as a global power broker rather than China’s “little brother”, which is essentially in line with the best interest of China as well. Against the backdrop of a Sino-American tension, Beijing needs a partner to pull away India from the US. Closer America-Indian relations are not what Moscow and Beijing want to see, as both authoritarian states have shared dissatisfaction with the America-dominated liberal hegemony.

Especially since Washington’s current intention of bringing India to its side is so conspicuous. In February 2020, just one month after the first-phase Sino-American trade deal, President Trump had embarked on his maiden trip to India, and New Deli almost agreed to join the US-led infrastructure plan, Blue Dot Network (BDN). Strategically, the BDN is used to counter another similar China-headed and Russia-participated infrastructure proposal, the Belt and Road Initiative (BRI).

It is not the first time the Kremlin has played the India card to balance its power games with Beijing. The difference this time is that Russia seeks to enhance its position rather than to lessen Chinese influence. Since 2019, Moscow has been pursuing a free trade agreement between the Russia-led Eurasian Economic Union and India, to offset the exponential influence in Central Asia that China and its BRI have generated. Likewise, Moscow initially proposed expanding the membership of the Shanghai Cooperation Organization (SCO), a group that India joined in 2017.

As for military sales, it might be too easy for the Kremlin to persuade Beijing. Historically, C. Raja Mohan, Director at the National University of Singapore, said that Russia has been India’s leading defense apparatus since Soviet times, matching the role of China’s army-building. Since Moscow helped one partner, why not help another?

The Kremlin understands the two nuclear powers don’t want to escalate this conflict during the COVID-19 pandemic, as the priorities of each country should focus on domestic issues. So, the military sales might be unpleasant for Beijing but they are far away from ruining bilateral relations. Additionally, the Kremlin may say to Beijing that if Moscow does not make the deal with New Deli, who will be the alternative? The bundle-making opportunity is better to be seized by Russia than their common opponent, the US.

More importantly, the key is to grasp historical lessons and the subsequent nature of Sino-Russian strategic partnership. Professor Alexander Lukin at the Moscow State Institute of International Relations contends that based on sobriety and pragmatism, two sides carefully “attempt to refrain from ideological declarations or knowingly unrealisable obligations”, indicating profound reflection on historical blunders and long-term thinking. This explains why Moscow accepts the fact that Beijing cannot publicly shore up the so-called “recognition of Abkhazia and South Ossetia” or “the reincorporation of Crimea” due to the Xinjiang and Tibet separatism within China. Beijing also acknowledges the reality of Russia’s authority in Central Asia and its desire to be treated equally and with dignity because of its glorious Soviet past, even though the recognition might be only nominal.

However, the Kremlin’s strategic gain might be just a fling. Compared to China’s impressive technological advancement, Herman Gref, CEO and chairman of the executive board of Sberbank and former Minister of Economics and Trade of Russia, believes that Russia has lost the competition in the new technological revolution, sinking into a “down-shifter” country that is unable to pursue material wealth. Thus, as the economic disparity between China and Russia grows larger, physical reality might crush the Kremlin’s otherwise clever tactic. Indeed, from the Crimean annexation, to the Syrian crisis, to the current Sino-Indian disputes, Putin might be a master strategist. But his weakness — the Russian economy — could be fatal. 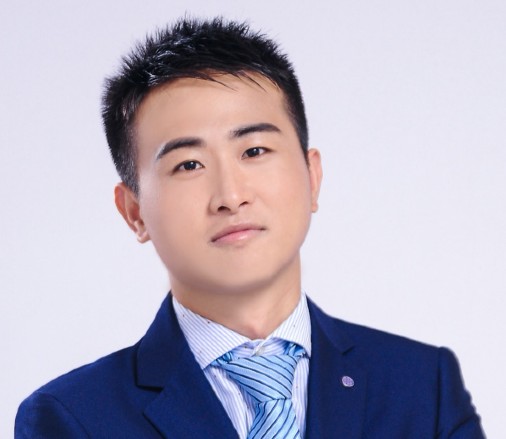 Jon (Yuan) Jiang is a Chinese PhD student in the Digital Media Research Centre at the Queensland University of Technology, focusing on the Belt and Road Initiative. He has a master’s degree in political science from Moscow State Institute of International Relations, and a bachelor’s degree of law at Shanghai University. As a Russian speaker, he worked with ZTE Corporation and as a special correspondent with Asia Weekly and Pengpai News, all in Moscow.