Suppose our political leaders come to realise that all economic activity is underpinned by public institutions, not corporations. The consequences for policy would be profound, writes Geoff Edwards.

There is a simple reason why our political leaders repeatedly assert that business is the engine of the economy and that piling tax cuts and gifts onto business is the most effective way of stimulating economic activity. The reason is that the public institutions on which the economy really depends have worked so effectively for so many decades that their contribution to commercial activity is comprehensively overlooked.

If the coronavirus disruption delivers any lessons for our national policy community, it should be to dispel the conventional wisdom that business is the creator of jobs. The corollary of governments’ newly manifested capacity to destroy jobs via lockdown fiat is that it must also be capable of creating jobs by fiat.

Commercial firms could not operate above the scale of bartering in a craft economy without numerous services that only government can supply. One needs simply to list some to prove the point. Trustworthy currency. Reliable weights and measures, calibrated internationally. A postal service that delivers letters to the four corners of the planet without extortion at borders. Land titles underpinned by the state as guarantor of accuracy. Publicly funded scientific research not locked behind proprietary paywalls; and on the other hand proprietary paywalls (copyright, patents) that allow firms to commercialise their own creativity. Universal health care that delivers work-capable employees. Police forces. Universal education. Border quarantine. Public libraries, roads, water reticulation and sewerage. Corporations law that allows companies to even exist.

Even handshake agreements between private parties are subject to the state-supervised rule of law. Always a bailiff stands available to enforce contracts so that citizens can run businesses protected from chicanery or coercion.

The conventional wisdom is deeply established

When the nation’s Treasurer makes statements like “Unleashing the power of dynamic, innovative, and open markets must be central to the recovery, with the private sector leading job creation, not government”, it becomes obvious that the conventional wisdom is orthodoxy among our leaders. Mr Frydenberg is of course following well-trodden footsteps: As Treasurer of more than four months’ standing, Scott Morrison opined “that a dollar in your hand means you are more likely to make it into $2, while a dollar in the government’s hand is more likely to turn it into 50 cents“.

Businessman Tony Shepherd has claimed “I think what people fail to understand is that business is the economy.” What Mr Shepherd fails to understand is that there are three factors of production: land, labour and capital, not just capital, and even the effective allocation of capital depends upon prudential regulation of financial services. His former company Transfield could not have constructed its lucrative portfolio of toll roads without a congenial taxation regime, a corps of engineers and tradespeople trained at public expense, transport planners to configure the public road network to match, official approval to levy motorists and civil courts to punish defaulters.

The conventional wisdom has become so deeply entrenched in policy pronouncements by governments of both major persuasions and business alike, that it has seemed only a cataclysmic discontinuity like the coronavirus lockdown could loosen its grip on economic policy. But the grip now doesn’t seem to have been loosened at all, given the business voices raised in unison urging the government to cut company taxes, deregulate industrial relations and revoke green-tape environmental regulation.

In June 2019, more than 2,040,000 people were employed in the public sector. To conclude that business leads job creation requires assuming that these 2 million produce nothing of value, spend nothing of their wages and take out no bank loans to build houses. It’s arrant nonsense.

It’s nonsense abetted by the widespread obeisance paid to gross domestic product (GDP) as a measure of the economy’s health. But GDP tracks traded goods and services, so it assigns nil value added by public service toil, except for public trading enterprises such as water supply authorities. GDP counts only the cost of core government activity.

It is possible for politicians to argue that the ABC, for example, creates nothing of value because it creates almost nothing that GDP values, its services being mostly intangible public goods. It’s possible, but stupid. Just as it is possible to argue that public schools create nothing of value – that is, nothing visible until their graduates earn salaries in the workforce, upon which their production is attributed to their own initiative and not to the teachers who moulded them ten years or more earlier.

Humans’ creative impulse – ambition – is perfectly capable of driving progress in both public and private sector employment, but it is expressed differently. Ambition in corporations is measured in arithmetic indicators such as bonuses, profits and dividends, however imperfect they are. Ambition amongst public servants such as planners, nurses, teachers and clerks is of a different species – to advance the public interest – and this is largely non-measurable. Further, the ability of the national public service to create innovative solutions to contemporary social challenges such as job creation is at the mercy of the holders of the purse strings – that is, nominally, the Treasurer and Prime Minister – so refer quotations above.

The playing field is tilted

Public officials are, by and large, prohibited from speaking publicly about their workplaces, for good reason, as this safeguards their separation from partisan politics. However, business lobbies and the shouters in the conservative press suffer no such limitations as repeatedly they lecture governments on the perils of budget deficits and parrot the sour philosophy of the James Buchanan school of public choice economists that public officials are driven pre-eminently by self-interest.

Consequences if the conventional wisdom is false

Suppose our political leaders come to realise that all economic activity is underpinned by public institutions, not corporations. The consequences for policy are profound. No longer would governments proclaim tax cuts as the remedy for faltering economic growth. Community leaders not business leaders would be invited to serve on advisory committees and statutory boards. Red and green tape would no longer be regarded as an lead weight on business activity but as an impediment to the frauds and bullies who cheat others of the opportunity for productive enterprise. Companies headquartered in tax havens who leech off the taxpayer would be prohibited from trading in Australia.

Pre-eminently, our political leaders would ignore self-interested pleas from business spokespeople to manipulate the levers of economic policy in their favour. Instead they would nourish the public authorities who have been entrusted with generating the human, environmental and institutional capacities that underpin all enterprise. 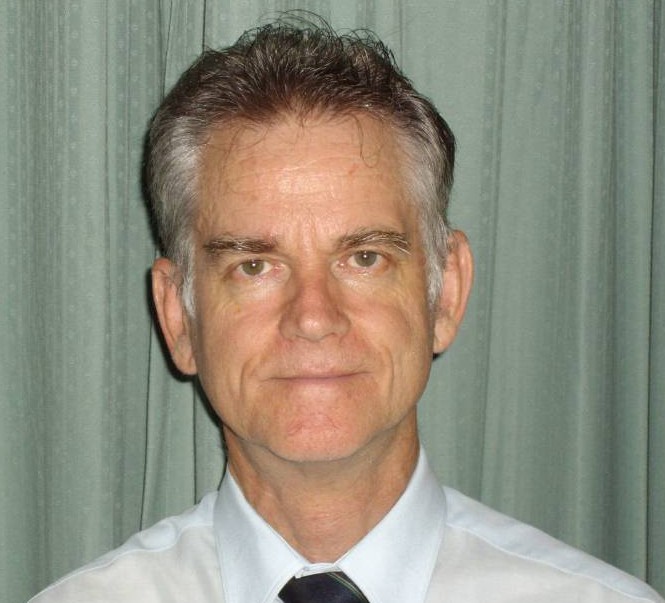 Geoff Edwards is adjunct professor at the Centre for Governance and Public Policy, Griffith University and a former state public servant and local government councillor.