Alongside Australia’s fiscal deficit — currently estimated to be $184 billion by next year — the COVID-19 crisis has produced other equally profound deficits in our social and cultural institutions.

One that will be hard to fix is a large and growing governance deficit: governance, in the sense of the ways in which public policy is made and governments held to account for policy and delivery.

During the pandemic many institutional safeguards — cabinet, parliament, publication of government information — have been set aside.

Many have a long history, predating Australia’s nationhood, with origins in Westminster, European and American democratic thinking.

One of them is the idea of cabinet government. In the Westminster tradition, the prime minister is considered “first among equals”, not a supreme leader.

This tradition has been breaking down over recent years even in Westminster, with prime ministers in the UK, Canada and Australia increasingly adopting presidential-style approaches to governing on their own.

COVID-19 has not caused this trend — but it has accelerated it mightily. Cabinet is now almost a non-event in some states. Ministers other than, occasionally, a health minister or treasurer, are not engaged in decision-making on key policies for managing the pandemic.

You might say that’s fine — what would a transport, justice or agriculture minister know about how to handle COVID-19? This misses the key value of cabinet processes: they allow a diversity of views to be expressed, and can expose unanticipated flaws in policy.

The national cabinet exacerbates the problem. Premiers and chief ministers may have short notice about key papers to be discussed, and have to respond to propositions presented by the prime minister without extensive consultation. It promotes speedier decisions but leaves many voices unheard.

This again is merely the continuation of a decades-long trend of centralisation of power in the PM’s office, but greatly accelerated.

Other key governance institutions have been weakened. We now have a precedent that a virus outbreak is a good reason for the federal parliament not to sit, which means ministers are not held accountable through parliamentary processes.

Although parliament’s question time can often seem like bad theatrics verging on melodrama, every now and then a question will hit home and reveal genuine problems in public policy or administration. Governance is poorer without it.

The pandemic is not likely to lead to a constitutional coup in Australia — we are not that far gone — but it has happened in Hungary.

Suspending parliament is dangerous because it could be a precedent used to do the same in future emergencies, whether another pandemic, natural disasters or (most worrying) threats to national security.

The history of coups worldwide tells us that security threats, real or concocted, can allow an authoritarian leader to suspend democracy. “For the duration of the threat” has a habit of becoming permanent.

Crikey has been vigilant in exposing other institutional breakdowns — governments hiding information (as with the COVID Commission), turning a blind eye to conflicts of interest, now par for the course for government appointees.

These deficits are hard to overcome. If institutions offer ministers, public servants or government appointees power without accountability or transparency, only the most ethical amongst them will decline the offer. Once they acquire such power most will fight hard to retain it.

One would be for the opposition to agree to parliament meeting by video link. Although not as effective as parliament meeting in person, it would surely be better than not meeting at all. While there are still some parliamentary inquiries underway, they are not a substitute for the ability of the parliament to put questions directly to ministers.

Another would be for the government itself to confirm that current arrangements are temporary, and commit to restoring parliamentary processes and greater transparency as soon as possible. A commitment to holding normal estimates hearings after the October budget would be a good move.

It may come under internal pressure to do so. There are Coalition figures concerned about erosion of democratic institutions. They are well aware that the arguments in Hayek’s The Road to Serfdom can apply equally to centralised conservative governments as to socialist systems.

Just as authoritarianism has both left- and right-wing adherents, anti-authoritarian sentiment could also arise in a bipartisan fashion among parliamentarians: if only they were allowed to meet and interact. 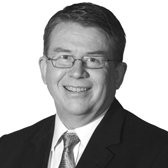