Public servants worked long and hard during the pandemic. But just how hard did they work? And who was doing the hard yards?

We surveyed almost 6,000 APS employees in July 2020, in the midst of the pandemic. One in four  respondents reported working longer hours than they worked before the pandemic, mostly due to an increased workload. Employees also gained additional working time through not commuting, enabling longer working hours.

Executive Level staff worked longer, with slightly more women than men. More employees in the Fair Work Commission worked longer hours than in any other agency. This was due to disputes about JobKeeper entitlements, and an increased number of disputes relating to enterprise agreements and stand downs.

Half of the respondents in Treasury worked longer hours during the pandemic, and those in the Department of Foreign Affairs and Trade (DFAT) also put in the hours. DFAT staff working outside Australia overwhelmingly reported longer hours, as would be expected as they worked to bring citizens home. Not surprisingly, ICT staff across the APS also worked longer hours than employees in other jobs, closely followed by information and knowledge management professionals, and policy officers.

Research has shown that working from home can increase work/family spillover. Employees can find it more difficult to establish boundaries between work and home, as working time eats into home time. While some employees did tell us about this, almost three-quarters of respondents reported that they chose to work their usual hours.

This is an important finding, which suggests that for many employees, stability and regular working hours are preferred over flexible hours worked over a longer span of hours. Flexibility in where they worked was more important than flexibility in when they worked. Employees reported being more productive, in line with anecdotal evidence. This additional productivity may have translated into completing their job in their usual hours, rather than needing to work outside core hours.

There has been much speculation that the pandemic will usher in an era of increased flexible working. Our data sheds some light on this idea. Working from home is definitely family friendly, with men, women and non-binary employees all stating that they were able to spend more time with their family (including pets), and to undertake caring responsibilities.

For some, however, additional time at home was not always welcome. We asked those who did not want to work from home their reasons, and one respondent eloquently stated: “I hate my house, it’s cold and the kids are annoying, the dog stinks”. Another respondent stated: “Our cat can be very demanding. I wasn’t expecting him to nag me for food all day…”

Employees enjoyed working from home so much, that fewer than 10% of respondents want to spend all their time in their usual, pre-COVID workplace. The issue for the APS then, is how to enable those who want to continue working from home, even as APS employees are transitioning back into the office, whilst also meeting the needs of those who prefer an office environment.

This survey was conducted by Dr Sue Williamson, Associate Professor Linda Colley, and the CPSU. A report containing full findings will be released next month. 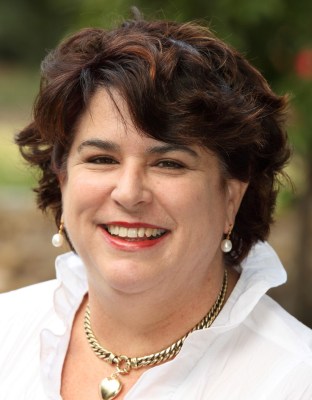