As the sober reality of a long and uncertain economic future sets in, each new labour force announcement from the Australian Bureau of Statistics (ABS) gives us pause to think about the impact of the pandemic on jobs and the economy. The latest announcement last week came as no surprise to anyone: the employment market is the toughest it’s been this century.

There will be no silver bullet to recovery, but there are some areas of focus that can help us build back better, stronger, and faster. The charity and not-for-profit sector is high on that list. Yes, for all the social, care, cultural and environmental reasons you might think, but also importantly for reasons less well understood: they are major economic players.

Where are we at?

The latest ABS Labour Force figures (released 13 August), show that our employment and underemployment figures have taken a significant turn for the worse.

For every 20 job seekers, there is now only 1 job vacancy. By July, 2.5 million people were looking for work with more than 1 million unemployed and an additional 1.5 million underemployed. In a country of nearly 25 million, this is a major cause for concern.

We still don’t have the job vacancy figures, but if we assume they have not deteriorated since the latest available data (May 2020; the next release has been held off until October), these 2.5 million people are potentially competing for only 129,000 job vacancies. 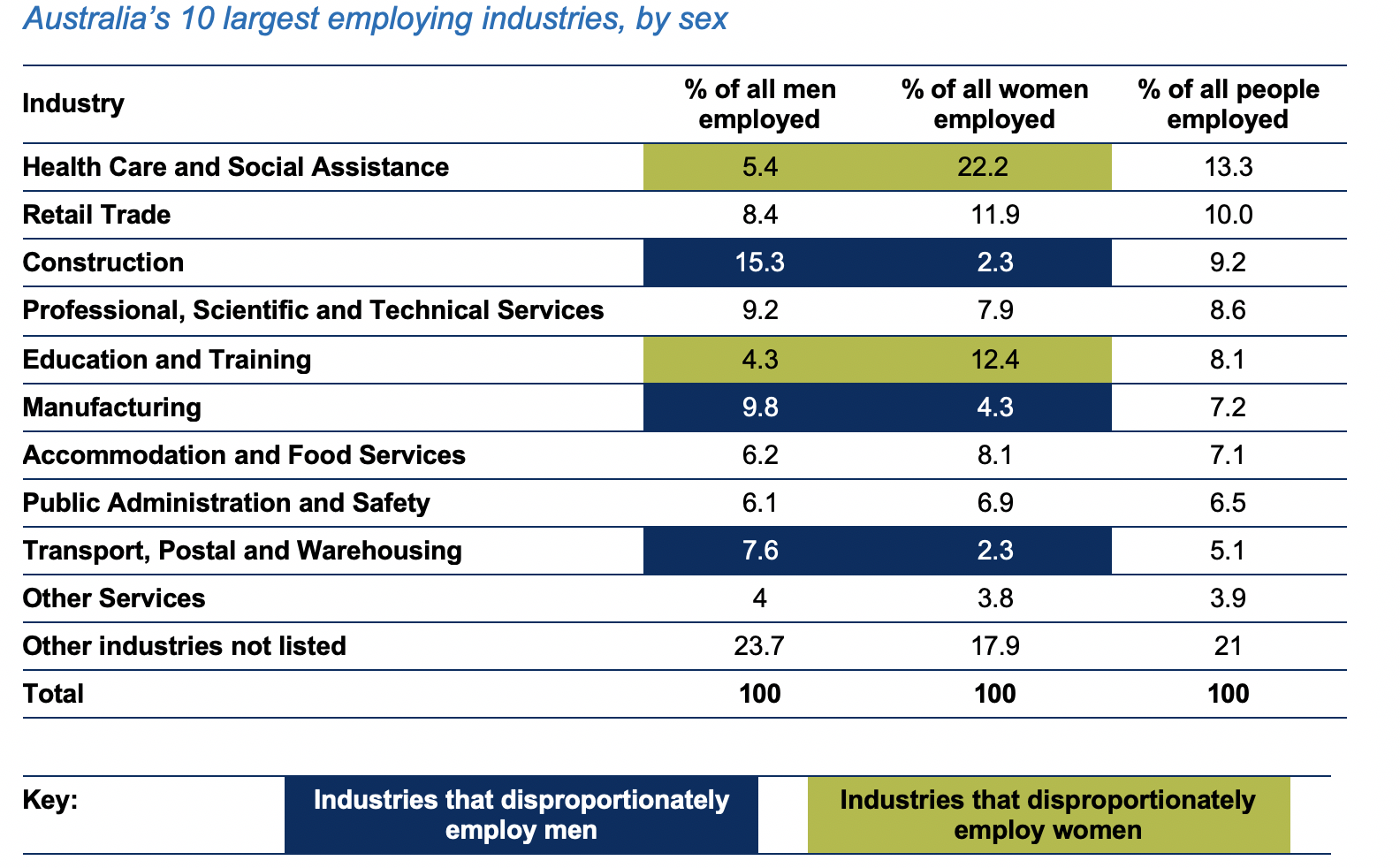 These numbers have been significantly mediated by JobKeeper. It has been estimated that unemployment rates would be around 10% without it.

Like other industries, JobKeeper has been an incredibly useful tool to keep charities operating and reduce job losses in the sector. In our recent research, we modelled a fall in revenue to charities over 18 months from the start of the crisis (a 20% fall for the first six months, then gradually recovering to a 10% fall), plus the impact of JobKeeper, and found that: 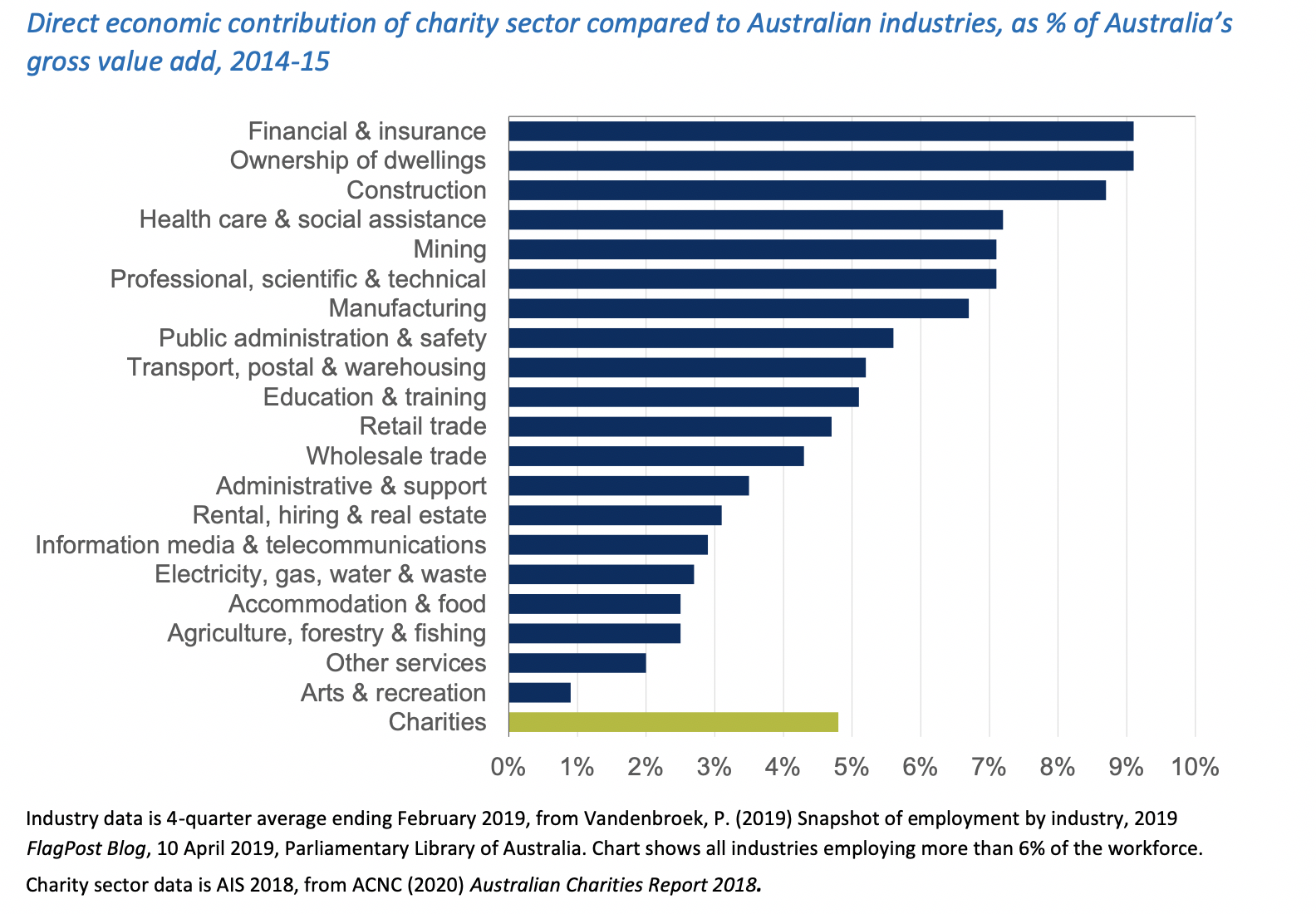 Job losses have serious implications, not just for the charity sector and the direct economic implications, but also the cost of not doing business. The cost of unresolved social issues is alarming. Charities were struggling to meet the needs across communities before COVID. Without further support, the cost to the government and the cost to society is likely to further increase now and in the future far beyond increased unemployment.

And where do we need to go?

The commonwealth government has been clear that it sees employment as the key to a return to economic growth. In delivering the July Economic and Fiscal Update on 23 July, the Treasurer said, ‘What I can tell you is we’ll be doing everything to get people back into jobs and ultimately grow the economy.’

Jobs, obviously, are a vital ingredient to economic recovery. If we look through Australia’s recent economic history at our booms and busts since the Second World War, economic recovery and strength has been marked by (at least) four common ingredients:

Each of these ingredients are interdependent and cycle around the economy being “the relationship between production, trade and the supply of money”.

While the charity sector might be perceived in popular culture as on the ‘demand’ side of the economic supply chain (seeking money and resources), we need to question and rethink the role of charities in our economic growth and recovery because of the role it plays in these key ingredients.

Our charities and not-for-profits employ 1.3 million people — that’s one in 10 Australian workers making them an important player in maintaining and increasing jobs. In fact, they are on par with retail trade, employ more people than the construction industry and more than mining and manufacturing combined. 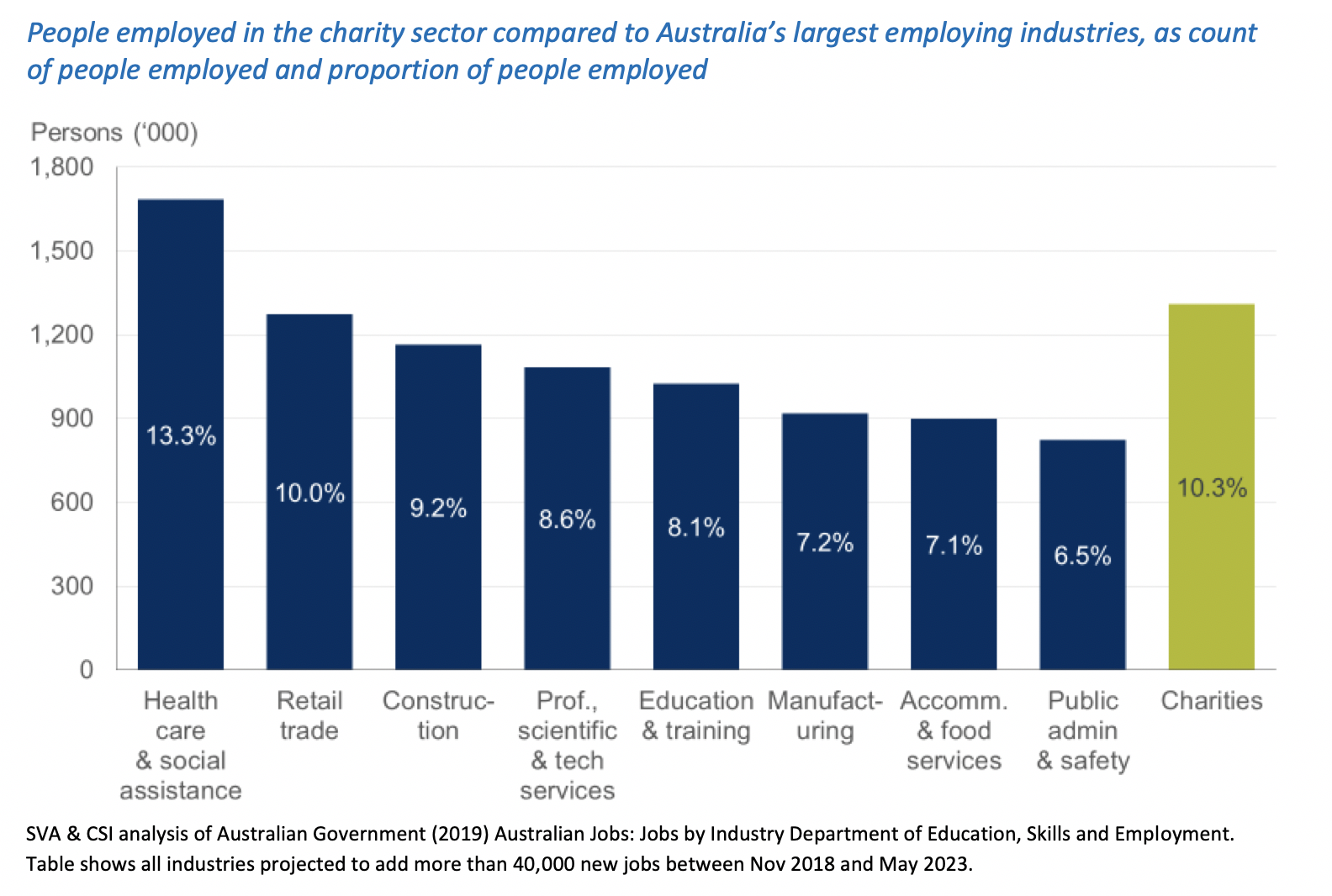 Most charity revenue is cycled quickly back into the economy through directly consuming goods and services to support their purpose and via their employees (who make up 55% of charity expenses) spending their wages.

Increases to unemployment benefits have long been supported across sectors as critical to the individuals and the economy (including by the Business Council of Australia). Higher JobSeeker rates have helped to lift people out of poverty and decrease the demand on charities.

Charities are up there with retail, mining and construction in providing jobs. But they aren’t the same as businesses. They face different financial, legal and operational constraints, which will make it harder for them to rebound. Their financial position was precarious going into the crisis, they have limited discretionary funding, limited ability to invest in capacity-building and infrastructure and are unable to easily access new capital to smooth out the impact of a shock.  And in the pandemic, they’re simultaneously losing money from reduced funding and donations, yet called upon to do more than they’ve ever done before. It’s no surprise, then, that impacts to jobs in this sector will have devastating knock-on effects that will hinder recovery in myriad ways, many not yet fully considered.

To further support the viability of the charity sector, we are calling for:

Our charities and not-for-profits are a hidden powerhouse of the economy. They contribute the equivalent of almost 5% of direct value to Australia’s GDP, which is on par with the retail trade industry and more than nine other industries. So, while society inherently understands the role charities play in social, environmental and health recovery, we cannot afford to overlook their role in our economic recovery. 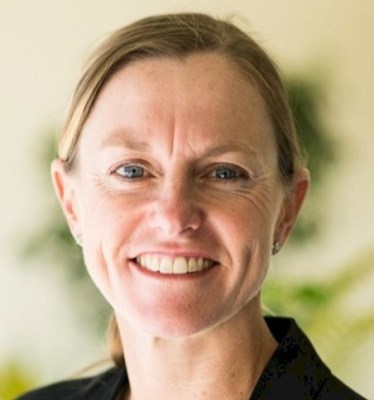 Professor Kristy Muir is the chief executive officer of the Centre for Social Impact, a collaboration between UNSW Australia, Swinburne University of Technology and The University of Western Australia. 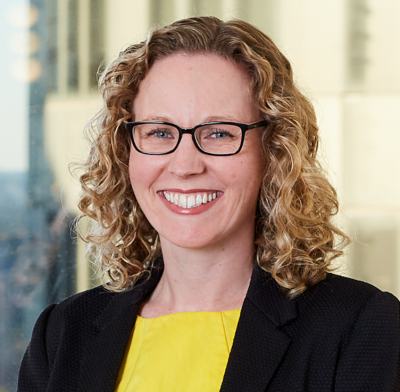 Suzie Riddell is chief executive officer at Social Ventures Australia, a not-for-profit organisation that works with partners to alleviate disadvantage – towards an Australia where all people and communities thrive.

By Kristy Muir and Suzie Riddell