How countries have responded to COVID-19 has varied across the globe. What has also varied is people’s access to healthcare if they do become unwell.

But now new data clearly illustrates the difference in medical staff per capita of populations of some member countries of the Organization for Economic Co-operation & Development (OECD). 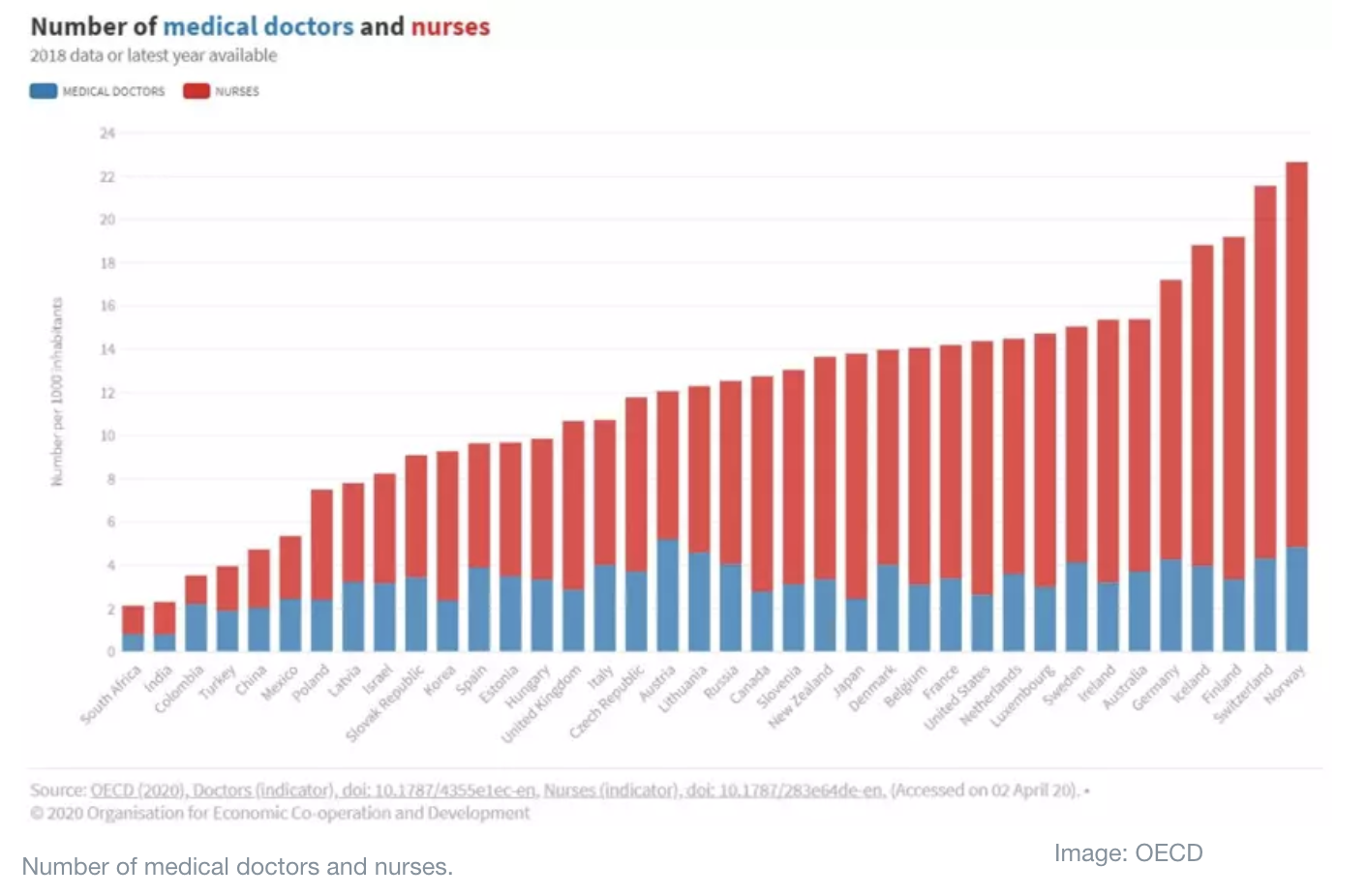 The blue part of each column shows the number of doctors per 1,000 inhabitants and the red the number of nurses. As the OECD points out, countries with high numbers of medical staff, such as Norway, Switzerland and Germany, may have a greater capacity to respond effectively to COVID-19.

But the shortage of doctors worldwide, and particularly in developing countries, is backed up by a separate interactive from the World Health Organization (WHO). 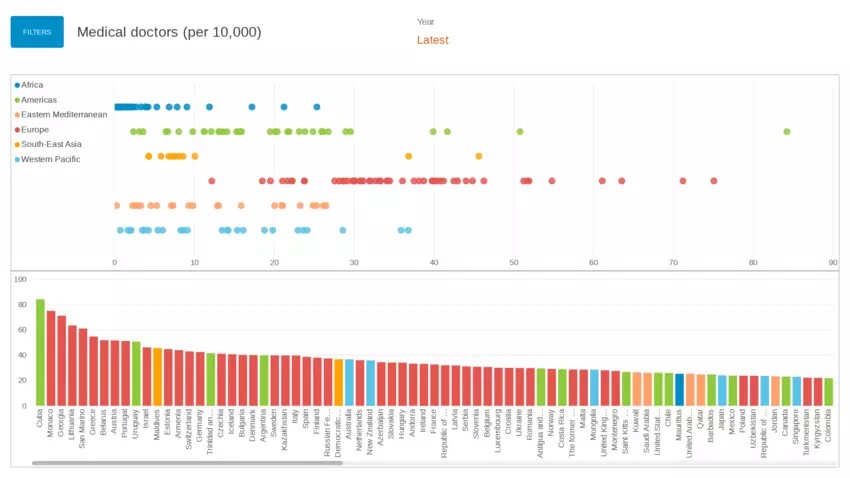 The WHO says that over 40% of its member states report having fewer than 10 medical doctors per 10,000 people.