On October 21st, 2012, Savita Halappanavar presented to Galway University Hospital suffering severe back pain, and was found to be miscarrying.

Over the next few days the 31 year old Indian national was repeatedly denied access to abortion because there was a foetal heartbeat, which doctors said would make the procedure illegal under the Irish constitution.

Halappanavar’s death shocked Ireland, a country where perhaps 170,000 women since 1980 had travelled overseas — mostly to England — to access abortion.

The incident led to a shift in the discourse around abortion law reform, but political parties still feared taking on powerful conservative interests by publicly backing liberalisation in that heavily Catholic country. Making reform even more difficult was the fact that like Australia, Ireland’s constitution can only be changed by referendum.

The impetus to move forward partly came from an innovative new institution: a citizens’ assembly.

Established after the 2016 election, the assembly comprises 99 members randomly selected to be representative of society, plus a chairperson.

The assembly has now considered issues such as fixed-term parliaments, gender equality, climate change and ageing. But the first topic referred to it by the Dáil (Irish lower house) was abortion.

Assembly members sat over five weekends, hearing from groups for and against reform, including experts in medicine, ethics and the law, as well as women with lived experience of needing access to emergency abortions. Much of this was streamed online.

Over 13,000 submissions were made by members of the public to the inquiry.

In May 2018, the Irish people voted in a referendum in similar numbers to those seen in the assembly, with 66% supporting removal of the constitutional ban. This was followed by legislation to allow abortion on request up to 12 weeks, or where there is a risk to the life of the mother or baby.

It’s a major shift — and one made easier for politicians worried about re-election by fostering a sustained public debate and handing over some responsibility to citizens.

Although the assembly does not make policy itself — the government is only required to respond to their reports — there is significant legitimacy in their conclusions, making it easier for government to adopt recommendations that might otherwise prompt acrimony.

Yet we know citizens’ juries don’t always deliver the government what it wants, and can descend into polarised debate themselves. This is what happened in South Australia’s deliberative process around nuclear waste, where participants ended up stacking votes.

So how can citizens’ juries and other forms of deliberative democracy be done well?

The keys to successful deliberation

At a time when anti-democratic forces are gathering strength, deliberative democracy — which includes citizens’ juries, assemblies, and many other approaches — could be a useful tool for restoring public trust and improving government decision-making.

Interestingly, Australia — alongside Germany — has been the biggest user of deliberative processes thus far, according to a recently published OECD report on deliberative democracy.

Across OECD member countries, citizens’ juries have been used to address many policy questions, with the most common being urban planning, health, the environment, infrastructure, and strategic planning. Local government is the most common place to find deliberative processes, though governments of all levels have tried them out.

The fact that citizens’ juries and assemblies have been around for a while now means there’s a decent amount of evidence about what makes them work.

Firstly, there’s the choice of issue. The evidence suggests deliberative processes work well for the following types of problems:

2. Complex problems that require trade-offs. Citizens’ juries provide participants with time to learn, reflect, and deliberate, as well as access to a wide range of evidence and expertise from officials, academics, think tanks, advocacy groups, businesses and other stakeholders. This enables citizens to grapple with the complexity of decision making and consider the legal, regulatory and budgetary constraints surrounding an issue.

3. Long-term issues that go beyond the short-term incentives of electoral cycles. Many public policy issues are fraught as their benefits are only reaped in the long term, while costs are incurred in the short term. Removing politicians and their fixation on elections from the equation allows participants to consider issues from the perspective of the public good.

To ensure deliberative processes result in useful recommendations and meaningful opportunities for citizens to shape public decisions, the OECD recommends they incorporate the following principles:

Creating a permanent citizens’ assembly — as in Ireland — can bolster democracy and enable the improvement of engagement processes through continuous learning, says the OECD.

The think tank also suggests creating rules requiring citizen engagement under certain conditions, or allowing citizens to push for a citizens’ assembly on specific issues if they can collect enough signatures.

Formalising processes, such as a database to facilitate random selection of participants, can also make deliberative processes easier, cheaper, and more effective.

“A next step would be for employers to provide paid leave to participate, as with criminal juries, recognising the value of citizens’ time and input into policy making,” argues the OECD.

Institutionalising deliberation requires adequate funding and public service capacity, so governments should consider establishing an office with responsibilities for:

“In this time of complex change, current democratic and governance structures are failing to deliver,” says the OECD. 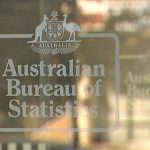 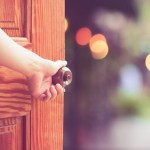 Election 2022: To rebuild APS capacity, some at the very top will likely go 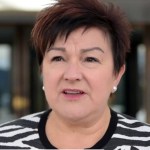 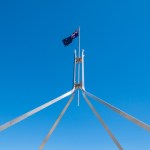 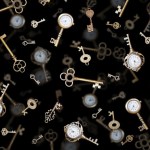 Most people don’t have enough time in their lives. Here's how government can help them get some of it back