Abrupt changes in climate have occurred throughout Earth’s geological past. Some of the largest and most rapid changes occurred during the last glacial period, which extended from 115,000 to 11,700 years ago.

At that time, the global climate was considerably cooler and drier than today.

Expansive ice-sheets covered northern Eurasia, and about half of North America. Global sea-levels were around 130 metres lower than at present.

A series of abrupt warming and cooling events occurred during the last glacial period. These are known as Dansgaard-Oeschger (D-O) events, named after the scientists who discovered them.

The best records of D-O events come from long ice-cores drilled from the Greenland ice sheet. Measurements made on the ice cores reveal that temperatures over the Greenland ice-sheet warmed by 8 to 16°C at each event, sometimes within decades.

The abrupt warmings were followed by a more gradual cooling, with the most prominent oscillations occurring 25 times during the last glacial period.

Other records of past climate changes show that when Greenland was experiencing rapid warming, climate changes were also taking place in other regions of the world. For example, temperature changes were felt in the Northern Hemisphere middle latitudes, although the degree of warming was much smaller.

In the tropics, the warming in Greenland was associated with changes in the amount and timing of monsoon rainfall.

For a long time, scientists have been wondering whether climate responses in the middle latitudes and tropics occurred simultaneously with abrupt temperature changes over Greenland, or if there were regional leads or lags in timing.

This is important to know, as it will help us to understand how the changes were propagated globally, and to narrow down their exact cause. This will provide important information for testing climate models that are used to predict future abrupt climate changes.

Many geological materials that preserve information about past climate are not capable of being dated with the required precision, particularly ice-cores. Ice cores are dated by counting annual layers, but identifying these layers becomes much less certain with increasing depth in the core.

Some of the best records we have for understanding how the climate changed in different parts of the world are hidden deep underground – in caves.

Stalagmites preserve a record of rainfall and temperature conditions at the time they formed. As stalagmites grow, tiny amounts of uranium are trapped in the crystals.

Through time, this uranium slowly undergoes radioactive decay to other isotopes, whose accumulation acts as a sort of ‘clock’. This enables us to determine the age of the stalagmite very precisely.

In a recent study published in Science, our international team led by researchers at the University of Melbourne, used stalagmite records to test whether climate changes associated with abrupt Greenland warming occurred synchronously across the middle and low latitudes.

We drew on over 20 years’ worth of research from scientific teams around the world, collating 63 individual stalagmite records from cave sites across Europe, South America and Asia.

We studied each of the records to identify individual D-O events and then compared the timing of these events, both within and between these regions.

Based on data spanning the entire last glacial period, our results show that abrupt climate changes occurred synchronously (within decades in some cases) across Europe and both the South American and Asian Summer Monsoon regions.

These findings mark a major advance in the study of Dansgaard-Oeschger events.

First, they provide confirmation of a long-standing but, until now, unsubstantiated assumption that climate changes between the tropics and the Arctic were synchronous.

Second, this demonstrated synchrony enables scientists to improve our understanding of how the events are propagated globally. This provides important information for testing climate models used to project the impacts of future abrupt climate change.

By drawing on data from such a large number of stalagmite records, we were able to refine the timing of Dansgaard-Oeschger events down to between a few decades and several hundred years.

This means we now have a much better idea of when these events occurred. By extension, this now offers the potential to refine the chronology for Greenland ice cores, archives that are fundamentally important to the study of past climate.

The abrupt climate changes that we have studied were particular to the glacial conditions in which they occurred. 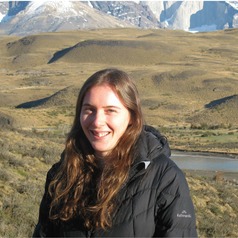 Ellen Corrick is a PhD candidate, School of Geography, Faculty of Science, University of Melbourne.

John Hellstrom is with the School of Earth Sciences, Faculty of Science, University of Melbourne.