A recent spate of departures at the top level of the British civil service is more than a matter of personnel change. It’s the result of a worrying shift in thinking within the government.

Mark Sedwill, the cabinet secretary and head of the civil service, resigned in June after he became the target for hostile anonymous briefings and toxic social media. Jonathan Slater, permanent secretary at the Department for Education, is also to step down following the exam results debacle of this summer. Gavin Williamson, the minister in charge of his department, meanwhile, appears to be facing no consequences whatsoever.

Slater is only one of a series of permanent secretaries who have left their posts over the past six months. The Home Office, the Foreign and Commonwealth Office, the Ministry of Justice and Housing and Local Government have all seen their most senior civil servants depart.

The relationship between the Boris Johnson administration and its senior civil servants was poor from the start but has rapidly deteriorated. It is now probably the worst it has ever been. Tensions are predicted to worsen and it’s possible that the senior civil service will never be the same again. At times it looks as though the UK is heading towards the American model where the most senior advisers are brought in with each new government. 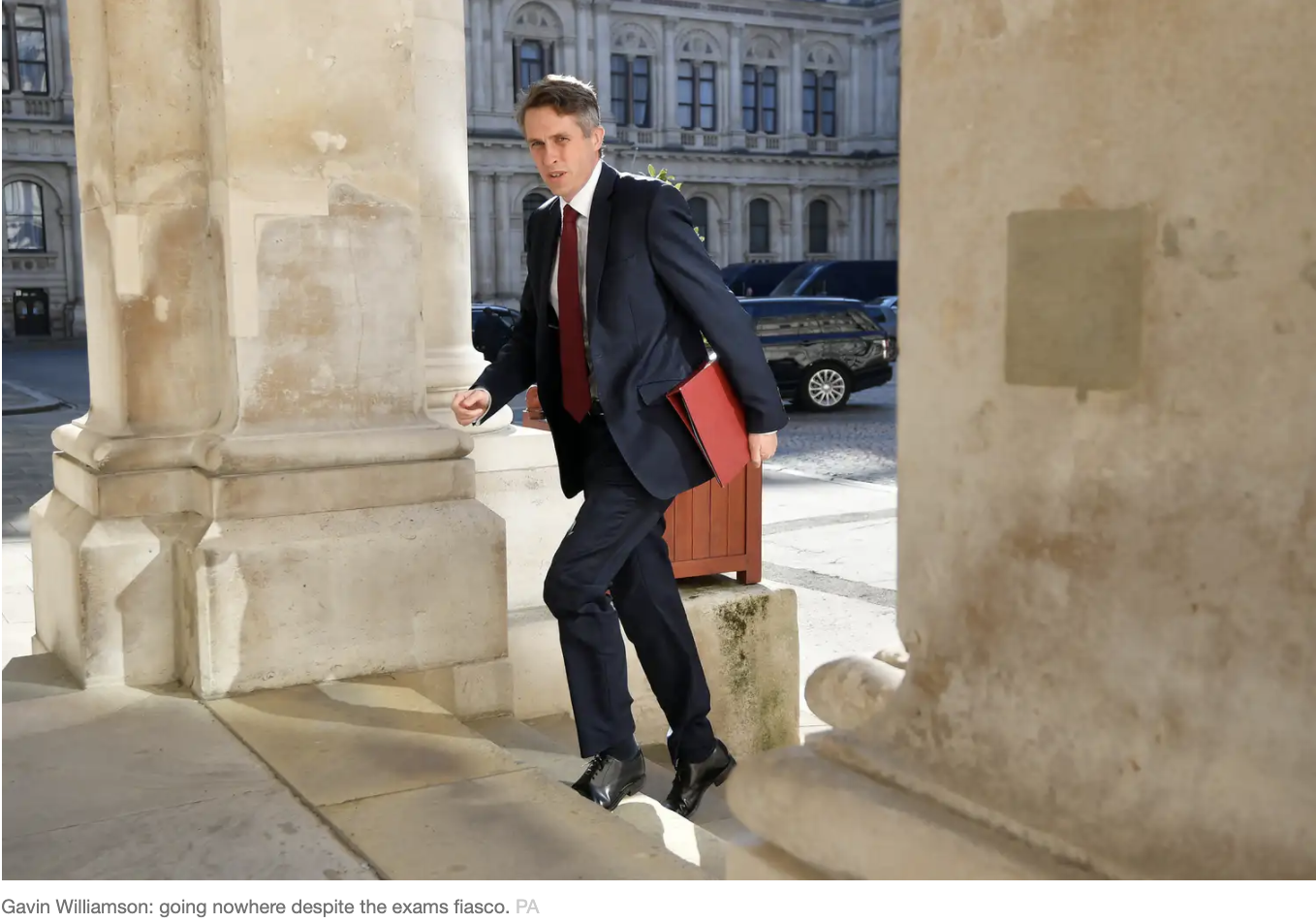 The civil service has long operated around the idea that civil servants advise but ministers decide – and therefore take responsibility when things go wrong. That changed significantly, like so much else, under Margaret Thatcher.

In The Blunders of our Governments Anthony King and Ivor Crew, two of the UK’s most distinguished political scientists, canter though a cornucopia of government cock-ups of the past 40 years. They also trace the origin of a change in relations between ministers and civil servants back to Thatcher. They note that she had a personal preference for proactive, ideological ministers who took firm control of their departments. In so doing, she recast the role of civil servants. They were no longer there to offer impartial advice as equal partners in the delivery of good government but were to be enthusiastic deliverers of whatever policy ideas or ideology her strong-minded ministers brought to the table.

King and Crowe also reveal how this changing relationship persisted throughout the subsequent administrations of New Labour, the Conservative and Liberal Democrat coalition and the Conservatives. Ministers, even those responsible for the most serious and serial blunders, are seldom sacked and almost never resign.

Rise of the SpAds

Now, we see one senior civil servant after another being forced out. There had always been the odd involuntary resignation in the past but, if a civil servant fell out with a powerful minister, more often they would be moved away from that minister to another department or government agency. So what has changed?

One key factor has been the rise of the special advisers (SpAds) to new heights of power and influence. Under Dominic Cummings, the prime minister’s chief adviser, SpAds sit at the very centre of government and wield unprecedented power.

SpAds are political appointees that give party political advice, and their primary interest is their minister, his or her interests, his or her party and his or her political agenda. They do not act in the public interest or give impartial advice as is expected of civil servants. They will try to influence policy development and advise on how policy proposals will play with voters for political ends. They are unlikely to push back or fundamentally challenge their ministers’ ambitions.

First introduced in 1964, special advisers were often recruited for their expertise in particular policy areas and were usually attached to what Whitehall calls the major delivery departments, such as health, education or the Home Office. In these roles they usually worked constructively and collaboratively with the civil servants providing alternative perspectives and expertise welcomed by the departments. They were increasingly accompanied by media advisers and communication experts such as Bernard Ingham and Alistair Campbell, who primarily influenced the presentation of government policy and interests.

When Johnson was elected, Cummings moved rapidly to consolidate and centralise power as soon as he was appointed, taking direct control of all SpAds across Whitehall. Cummings is a long-term critic of the civil service, calling it “an idea for the history books” and has been particularly scathing about the role of its permanent secretaries. He has a personal vision of what he believes the government should be doing and he pursues it with an almost evangelical zeal.

Sedwill reportedly had a difficult relationship with Cummings and his departure is seen as a victory for the PM’s adviser. His successor, Simon Case is a 41-year-old who has worked in the past as private secretary to former prime minister David Cameron, and was part of the Brexit negotiations. Having left in 2018 to become Prince William’s private secretary, he returned to Number 10 earlier this year to help with the government’s coronavirus response.

The shift in power is palpable. The senior civil servants who are supposed to offer impartial advice and “speak truth to power” are the clear losers. So is public discourse, democratic government and the public interest.

Peter Murphy is a professor of public policy and management, Nottingham Trent University.