The latest senior public sector appointments from across the country.

Graeme Barden and Matthew Williams have been named first assistant secretaries at the Department of Health.

Emma Kate McGuirk has taken on the role of general manager at the Department of Social Services.

Nina Pregellio has been named assistant secretary for the national cabinet in the Department of the Prime Minister and Cabinet.

An unnamed public servant has been appointed assistant director-general Oceania at the Office of National Intelligence.

Sean Lane and Bernard Philbrick have been named assistant secretaries at Health.

Rochelle Zurnamer has taken on the role of executive manager content safeguards at the Australian Communications and Media Authority.

Emma Johnson has been named deputy CEO education, legal and engagement at Sport Integrity Australia. She was formerly director at the Australian Sports Anti-doping Authority. A former professional swimmer, Johnson won a bronze medal in the 1996 Olympics.

Lisa Singh, Ted Baillieu and Matthew Hayden have joined the Australia-India Council board.

A former Tasmanian senator, Singh has been named deputy chair. She was also recently appointed head of government advocacy in the Australia-Pacific region at the Walk Free Foundation.

Foreign affairs minister Marise Payne said the council has played an important role in advancing Australia’s foreign and economic policy interests with India, including through supporting the implementation of the Comprehensive Strategic Partnership and the India Economic Strategy.

Alistair Maclean has been appointed as the new CEO to the Tertiary Education Quality and Standards Agency.

He was most recently chief executive of the Independent Broad-based Anti-Corruption Commission in Victoria. He has previously served as adviser to former prime minister John Howard in 2007, and held a number of diplomatic roles with the Department of Foreign Affairs and Trade.

Former NSW Rural Fire Service commissioner Shane Fitzsimmons has been appointed chair of the National Emergency Medal Committee. He replaces outgoing chair Fran Bailey, who has been in the role for six years.

Assistant minister to the prime minister and cabinet Ben Morton noted that Fitzsimmons held a “constant presence” throughout the black summer bushfire crisis.

“As head of the RFS for more than a decade, and the youngest commissioner in its history, Shane is eminently qualified for the role of chair,” he said.

Fitzsimmons is currently the inaugural commissioner for Resilience NSW.

The National Emergency Medal has recognised emergency responders who have shown selfless service to the bushfires in Victoria in 2009, the floods in Queensland in 2010-11, Tropical Cyclone Debbie in 2017, and the North Queensland Floods in 2019.

Kati Kraszlan has been named Western Australia’s commissioner for victims of crime.

Kraszlan has been acting commissioner since November 2017. During that time, she has supported reforms of family violence laws and delivered the National Redress Scheme in WA for victims of institutional child sexual abuse. 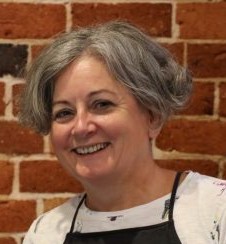 Kraszlan said it has been her priority to make sure people who have suffered a traumatic experience can cope with the aftermath of that event, and can obtain the support and services they need.

“Almost every victim I meet says ‘I don’t want this to happen to someone else’. While we often deal with incredibly tragic cases, in this job you also see the unbelievable good in people,” she said.

Department of Justice director general Dr Adam Tomison noted Kraszlan has had a “long and effective” career at the department, and has “racked up an impressive list of achievements” in her time as acting commissioner.

Founded by Adam Goodes, Michael O’Loughlin and James Gallichan in 2009, the organisation provides opportunities for Indigenous youth through education.

Stewart has served in the roles of deputy secretary at the NSW Department of Premier and Cabinet, deputy commissioner at the NSW Public Service Commission, and executive director at the Department of Family and Community Services. She has also worked at the Australian Trade and Investment Commission.

Stewart recently began in her new role as CEO of the NSW Law Society.

Rod Gobbey has been appointed chair of the Tasmanian Animal Welfare Advisory Committee for a three-year term.

He was formerly executive director of primary industries at the Northern Territory Department of Resources, and the general manager of biosecurity and product integrity for the Tasmanian Department of Primary Industries and Water.

In his new role, Gobbey will provide advice to the government on animal welfare issues and will consider proposed changes to animal welfare legislation.