Farmers always win. There’s $328.4 million over four years to help “bust congestion” in the regulation of farm exports. There’s $50 million to help upgrade on-farm water infrastructure. And then there’s $17.4 million spent on Relocation Assistance to Take Up a Job — a cunning plan to get young Australians to ignore the horror stories of exploitation and underpayment and work as fruit pickers.

Australia’s chronically backlogged, under-funded Family Court system will get a much-needed injection of cash. The budget allocates $132.1 million over four years to expedite family law matters in the Federal Circuit Court, which includes $35.7 million for additional resources and judges. On top of that, the budget provides $2.5 million over two years to maintain special court lists for family law matters arising as a result of the pandemic. This could represent a shift for the Coalition, which has long toyed with a complete overhaul of the Family Court system.

Gas industry executives have had the ear of the Morrison government ever since March, and we’re now all too familiar with the term “gas-fired recovery”. The industry’s big budget win is therefore little surprise — $52.9 million to help strengthen the industry and unlock new gas reserves.

Several new charities have been given highly sought-after deductible gift recipient status, allowing taxpayers to claim income tax back on their donations. The charities include the Judith Neilson Institute for Journalism, The Andy Thomas Space Foundation, Alliance for Journalists’ Freedom and The Great Synagogue Foundation Trust Fund. However China Matters Limited will have its DGR status revoked.

This year and next, an extra $47.3 million will be provided in mental health and crisis support services in Victoria, including enhanced mental health clinics, Beyond Blue, Lifeline, Kids Helpline and headspace. The number of psychological therapy sessions covered through the Medicare Benefits Schedule also increases from 10 to 20 across the country.

There is $150 million to support those at risk of domestic, family and sexual violence during the COVID-19 pandemic, along with a nationwide awareness campaign, with an undisclosed amount given to counselling service 1800RESPECT.

A [email protected] Council will be established with $2.1 million across three years to address sexual harassment in Australian workplaces. There is $104.6 million over four years to support the delivery of the National Redress Scheme for victims and survivors of institutional child sex abuse, and $6.7 million to build a national memorial for victims and survivors of institutional child sexual abuse as recommended by the royal commission.

Grants galore encourage entrepreneurial mentorships, women-founded start-ups and a Women in Science, Technology, Engineering and Mathematics (STEM) Industry Cadetship program (though this is limited to 500 places), and grants to the Academy of Enterprising Girls and Women Building Australia (whatever that is). Plus $2.4 will be given to the Football Federation Australia to set up the FIFA Women’s World Cup in 2023.

Frydenberg’s budget is all about jobs and “hard-working Australians”. The government’s JobMaker Hiring Credit only provides wage subsidies for businesses if they hire employees aged 16-35 who have already been on some form of income support. That provides little respite for older Australians unemployed during the pandemic, even though we know from the 1990s recession that many over-40s who lost jobs never worked again.

Literally nothing for social housing, in the middle of the worst economic crisis in decades.

The residential aged care sector is in dire need of massive overhaul. So perhaps it should be no surprise the government wants to keep the elderly at home as long as possible. The budget provides an extra $1.6 billion across four years for 23,000 extra home care packages. Granny flat owners also won’t have to pay tax on their flats, provided it’s occupied by someone with a disability or an older Australian with a formal written agreement. Most residential aged care funding relates to pandemic responses instead of real reform in the sector.

Single mothers and unemployed women are once again losers under the Coalition’s budget. Of the $231 million over four years for the Second Women’s Economic Security Package, zero goes to supporting unemployed women, single, or stay-at-home mothers. (Oh, except for the extra $24.7 million over four years to streamline the troubled ParentsNext program.) 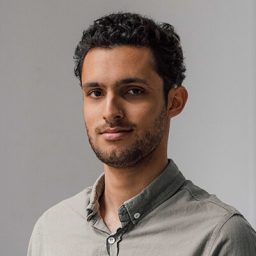 Before joining Crikey in 2018, Kishor was an editor at Honi Soit, an intern at The Sydney Morning Herald, and a legal reporter for Justinian. He has degrees in arts and law from the University of Sydney. 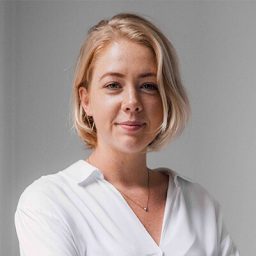 Amber Schultz previously worked for Nine News and The Age and created student comedy talk show The Struggle. She was a Young Walkley finalist, Jacoby-Walkley scholar, and won an Ossie Our Watch award. Amber holds a Masters in International Relations and Journalism and is fluent in Spanish.

By Kishor Napier-Raman and Amber Schultz