Jeremi Moule has officially been appointed as secretary of the Victorian Department of Premier and Cabinet after just days acting in the position.

Moule’s promotion from deputy secretary to the top job follows the shock resignation of Chris Eccles on Monday. 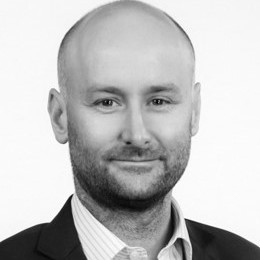 In a statement on Friday Premier Daniel Andrews said he was “delighted” Moule had accepted the role.

“He has a proven track record of driving reform and innovation across government and is exceptionally well respected across the public sector,” he said.

“Jeremi’s breadth of experience both in and outside of government see him uniquely placed to lead the public service through the next phase of recovery from the pandemic.”

Moule began his 19-year career in the Victorian Public Service with the former Department of Natural Resources and Environment. During COVID-19, the senior bureaucrat has led a Public Sector Administration Committee — the primary decision making forum for VPS whole-of-government matters during the pandemic.

The committee was created as part of a “significant reorientation of the public service” undertaken to tackle the health, economic and social issues raised by pandemic.

Moule has served as DPC’s deputy secretary of governance policy and coordination since August 2018. Prior to that, he was executive director of the department’s strategic communication, engagement and protocol branch. He has also represented Victoria on the Australian New Zealand Counter Terrorism Committee, and worked for the Department of Premier and Cabinet in South Australia in the role of executive director.

Outside of the public service, Moule has worked as CEO of Continuing Education Bendigo, as commissioner of the Women’s National Basketball League, and as a regional journalist. He continues to live in regional Victoria.

Read more: If you’re in the public service, the fundamentals will never, ever change