The 2020 federal budget forecasts Australia’s population growth will slow to almost zero over several years because of COVID-19 and related restrictions. This leads to the question: will this period allow the big cities to catch up on infrastructure shortfalls that developed before the pandemic?

One of us recently conducted research on how infrastructure shortages – such as rail lines, open space and affordable housing – linked to Sydney’s pre-pandemic rapid growth arose in the context of government support for a lot more population. The findings gives us some insights into whether an infrastructure catch-up might happen.

The impacts of fiscal imbalance

The research centred on the consequences for infrastructure provision in Sydney of the vertical fiscal imbalance in Australia. The Commonwealth collects more than 80% of tax revenue while the states rely on the Commonwealth for 45% of their revenue.

The federal government, especially the Treasury, favours population growth. That’s because it generates extra tax revenue, reduces the risk of recession and spreads the welfare costs of an ageing society across a wider base.

The state government is also positive about growth, though less so than the Commonwealth. As a public marker of successful government, growth provides political legitimacy. However, it also requires the state, under the Australian Constitution, to provide most of the infrastructure needed to support that growth.

On the other hand, the commonwealth garners most of the extra tax revenue from growth. Extra state revenue from a growing population is absorbed into the unavoidable recurrent costs of health, education and so on to service the increased needs. As a result, the state government is unable to fund enough new public infrastructure.

As a result, the state needs to call on private sector funding as much as possible. This means infrastructure that can’t be fully paid for by users, such as rail lines, open space and affordable housing, is under-provided. And, as is the case in Victoria, existing assets such as public housing are sold to the private sector.

An over-reliance on growth?

This context suggests the pandemic-induced flatlining of population growth won’t necessarily allow the infrastructure shortfall to be overcome. Cities are unlikely to catch up unless the commonwealth greatly increases its funding of state infrastructure.

State budgets rely heavily on growth-sensitive revenue such as property transfer taxes and the GST. And these are set to fall. NSW GST revenue, for example, is forecast to be A$3.5 billion lower this financial year than anticipated before the pandemic.

For states to fund infrastructure beyond user-pay projects like motorways, they have to take on debt to offset reduced taxation revenue. But this will be constrained by their desire to preserve their credit ratings as a marker of good governance.

The question then becomes: can the commonwealth’s ability to shoulder increased debt be used to provide the states with more infrastructure funding? The commonwealth’s huge budgeted outlays to offset the economic impacts of the pandemic are obviously a major constraint on this happening.

Nevertheless, infrastructure projects are generally seen as an important vehicle for responding to the effects of the pandemic. And state government projects count just as much as commonwealth projects for economic recovery.

For instance, the main Sydney project funded was the St Marys-Western Sydney Airport rail line. However no business case for the line has been released, and it is likely to be a decades-long white elephant with little passenger traffic.

A case for more federal funding

The case for more commonwealth funding of state infrastructure goes beyond helping a post-pandemic recovery. The big cities need funding for public goods such as public housing and mass transport.

But developing infrastructure of this kind offers limited opportunities for user-pays financing, especially where current shortfalls are significant. These public-good projects range from relatively small projects such as dedicated cycleways to big-ticket items like Sydney’s Metro West and Brisbane’s Cross River Rail, as well as low-job but high-need items like land purchases for new public open space.

The role government played in responding to the pandemic reminded us just how important leadership, accountability and public-sector-led co-ordination are in times of crisis.

Climate change is another crisis that requires such a response, particularly when it comes to infrastructure investment and delivery. Infrastructure that reduces our dependency on carbon involves investment in high-quality public transport, active transport (walking and cycling) and public open spaces.

In some areas the private sector is well placed to deliver greener outcomes. But in areas such as transport, open space and housing, government investment must play a central role. The transformation that the challenges of the 21st century demand of us needs bold leadership from our elected officials.

As our research has concluded, a deep analysis of the costs and benefits of big city population growth for state government finances should provide the basis for a new federal-state financial accord that addresses the imbalance of such costs and benefits between the two levels of government. 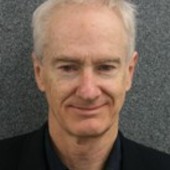 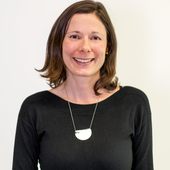 Crystal Legacy is a senior lecturer in Urban Planning, University of Melbourne.

By Glen Searle and Crystal Legacy