Jacinda Ardern’s new “COVID cabinet” is pretty much the same as — and completely unlike — every previous government under the mixed member proportional (MMP) system.

The similarity involves the political accommodation reached between Labour and the Greens. Every government formed since 1996 has rested on such arrangements. This one does too.

The difference lies in Ardern’s administration being the first single-party majority government since the electoral rules changed in the mid-1990s. Add to that the arrangement with the Greens and they have a massive 74-seat bloc in the House — 13 more than is needed to govern.

In brute political terms, Ardern is at the head of one of (and perhaps the) biggest parliamentary alliances in the nation’s history. 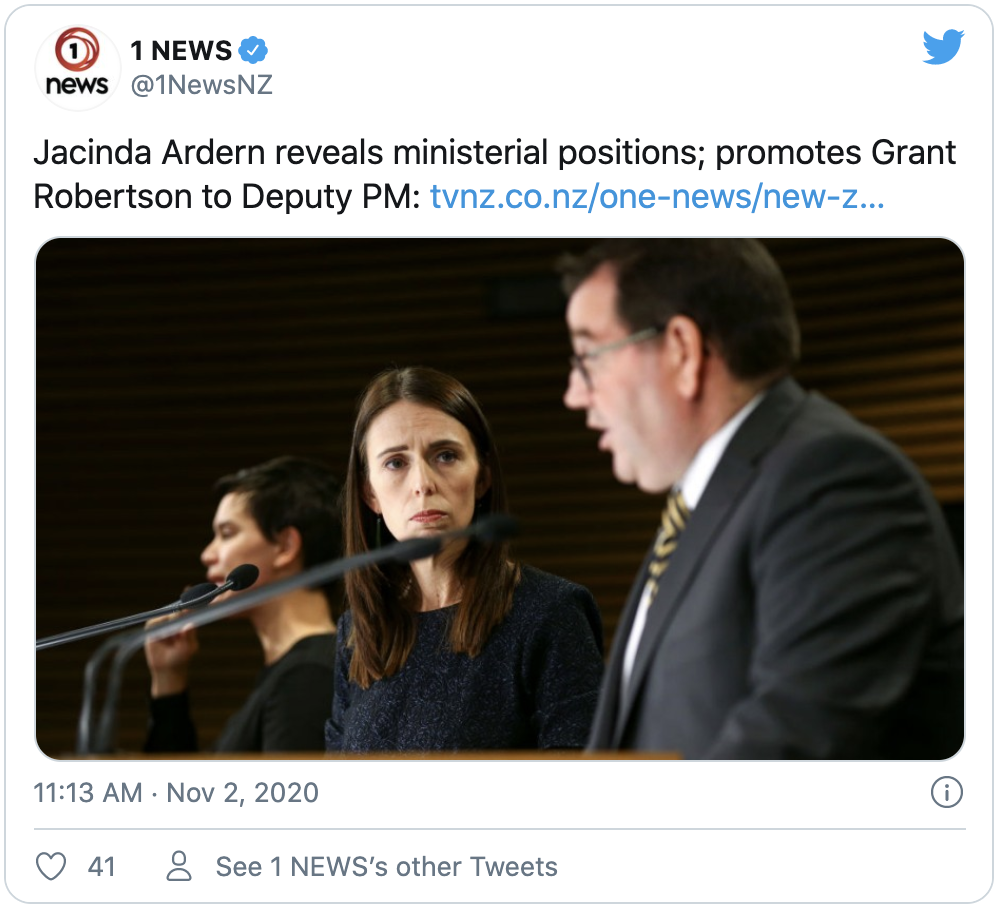 The deal announced over the weekend is a cooperation agreement. Think of it as the smallest of the consolation prizes, the thing you’re offered when your support is nice to have but not really necessary.

For the 15% of Green delegates who voted against it, perhaps it was just too small, and you can see their point. In the last government (when the party had eight rather than ten seats), the Greens held ten full or associate portfolios.

None of their ministers sat in cabinet, true, but there were four in the executive. Now there are only two, holding four portfolios between them — and they’re still not sitting at the top table.

Look more closely at the detail, though, and things get more interesting.

A new kind of MMP

The Green ministers will participate in relevant cabinet committees and informal ministerial groups, have access to officials’ papers, and get to meet with the prime minister at least every six weeks. Labour and the Greens’ respective chiefs of staff will also meet regularly.

What’s more, the party will chair one parliamentary committee and get the deputy’s slot on another. In non-portfolio areas of mutual interest, Green spokespeople will have access to Labour ministers and departmental advice.

All that and they get to publicly disagree with the government on policies that fall outside Green portfolios. That is not a bad policy haul for a party Labour does not need to form a government.

And there is no way any of it would have happened under the single-party majority governments we used to see under the previous first-past-the-post system. So it may be a consolation prize, but in fact it’s not that small.

As well as being the first single-party majority MMP government, it is also a diverse one. In her first term Ardern acknowledged the importance of having more women in cabinet. Nearly half (47%) of the new parliament — and a majority of Labour’s caucus (53%) — are women.

To some extent this is reflected in the makeup of the executive. Eight of the 20 full cabinet members are women; in total, women comprise 43% of the wider administration. There are more women in the ministry than in the National Party’s caucus.

The executive also contains a solid number of people of colour: perhaps as many as a quarter of all ministers and parliamentary under-secretaries are non-Pākehā.

On election night, Labour’s Māori caucus conveyed a direct message to the prime minister about the importance of a solid Māori presence in Cabinet. She appears to have listened.

Between them, Labour’s Māori MPs get five seats in cabinet. Add positions outside cabinet as well as the Greens’ Marama Davidson and Māori comprise 25% of all members of the executive. Perhaps most noteworthy is that Nanaia Mahuta becomes the country’s first female Minister of Foreign Affairs.

Ardern has also looked carefully at her back bench and the clutch of incoming MPs, bringing some of them into the political executive. Jan Tinetti and Kiri Allan have been marked for higher things for some time, while the newly minted MP Dr Ayesha Verrall comes straight into cabinet as an associate health minister. 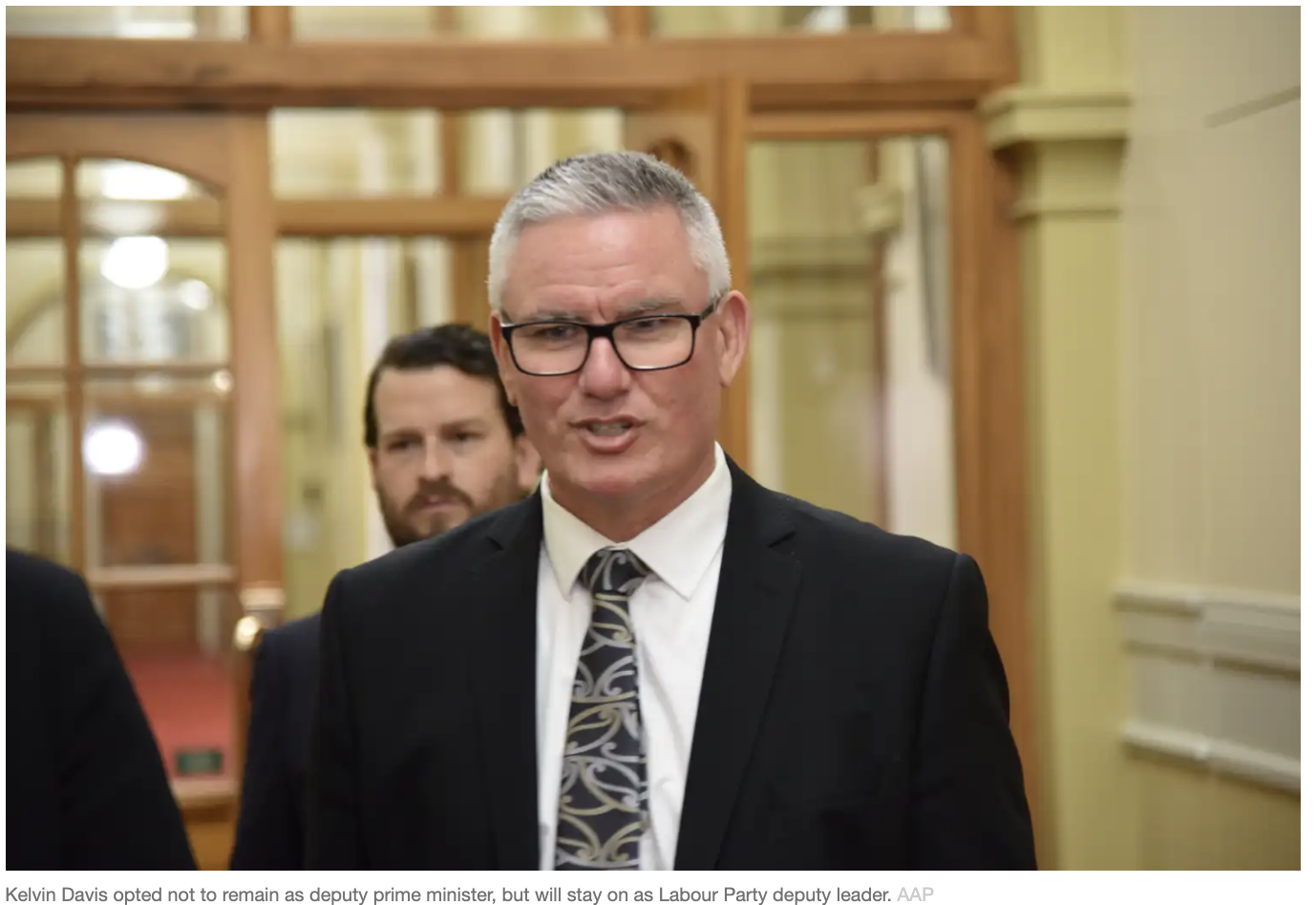 Under certain circumstances a large parliamentary caucus can be a challenge. Thwarted egos, stifled ambitions, fits of pique — once the thrill of the election result has worn off, managing relations between those who are in government and the wider parliamentary party will be one of the chief challenges facing Labour’s whips.

The Green co-leaders aside, Ardern’s executive comprises 40% of the Labour party’s caucus. Given the conventions of collective cabinet responsibility, this means that members of the government have a near majority within caucus, so discipline shouldn’t be an issue — yet.

It is hard to overstate just how much control Ardern has over New Zealand’s 53rd parliament. Even before special votes are counted, the parliamentary arithmetic renders National, ACT and the Māori Party virtually irrelevant.

Labour dominates the executive, and between them Labour and the Greens will dominate the legislature and its committees. Voters have placed considerable power in Ardern’s hands. It’s time to see what she does with it.

Richard Shaw is a professor of Politics, Massey University.