At just 11 years old, Nicole couldn’t understand why her classmates were struggling. The competition was straightforward: recognise teachers at the primary school from their baby photos. Most students struggled to recognise more than a few faces. Nicole easily named all 20 faces correctly.

It wasn’t until completing our free, online test — the UNSW Face Test — that she finally understood why she could do what her classmates couldn’t. Her results were clear: Nicole is one of the rare individuals who can call themselves a “super-recogniser”.

Most of us easily recognise the faces of people we know — our family, friends and colleagues — but recognising less familiar people can be surprisingly challenging. For instance, you might not notice the cashier you smiled at in the supermarket takes the same daily bus route as you.

That is, unless you’re a super-recogniser. In our study, published today in PLOS One, we release the results of the first 25,000 people to complete the UNSW Face Test. It’s currently the most challenging test available for identifying super-recognisers. You can take it here.

A super-recogniser is someone who is exceptionally gifted at facial recognition. Super-recognisers remember faces much more accurately than the average person and often after many years, or very short encounters.

Research suggests super-recognition is genetic, meaning these skills are coded in our DNA. However, researchers have yet to find any other abilities shared by super-recognisers. This is because facial recognition ability is independent from intelligence, personality and other cognitive and perceptual skills.

Searching for the Einstein of facial recognition

Currently, the only way to identify a super-recogniser is by giving them facial recognition tests. There is no Olympic-level contest or world record for this. If there were, however, the UNSW Face Test could be the arena in which super-recognisers compete.

It’s the first online test designed to really challenge super-recognisers. It takes around 20 minutes to complete and features images of 80 different people. Our test is difficult because it requires people to correctly identify a face despite substantial changes in appearance from one encounter to the next.

This could include differences in the pictured person’s age, pose, lighting and expression. This is why the average person scores around 60%, which is lower than the average in other facial recognition tests.

Super-recognisers will typically score 70% or higher. And while this is a good score, it’s certainly far from perfect. In other tests it’s not uncommon for super-recognisers to score perfectly. But this has yet to be achieved with the UNSW Face Test.

We’ve learned from analysing our test results that, although all super-recognisers are exceptional at facial recognition, some are better than others. This leaves room at the top for a better kind of super-recogniser to emerge: a super-duper-recogniser — the highest achievers among an already extraordinary group.

With more people completing the test, we hope to find the Einstein of facial recognition.

Why are super-recognisers important?

Many important tasks rely on recognising or matching images of unfamiliar faces. Examples include matching a traveller to their passport, or a CCTV image to a police mugshot. Despite advancements, facial recognition technology is often unable to execute such tasks with complete accuracy.

Passport officers have to decide if the person in front of them is the same as the person pictured on an identity document.
Author provided

Through collaborations with the Australian Passport Office, we now know experience and training alone may not reduce error rates in passport officers tasked with detecting fraudulent passport applications.

Instead, employing and assigning super-recognisers to such roles that would benefit from their skills is a promising solution.

In Australia, many police forces and government agencies, including Queensland Police and the Australian Passport Office, are now selecting people for facial recognition roles on the basis of their facial recognition ability. In the UK, London’s Metropolitan Police has done the same.

Uncovering what makes super-recognisers different to the average person is also of fundamental scientific interest.

Understanding why there’s so much variation in people’s ability to recognise faces could shed light on the cognitive processes and mechanisms that let certain people to become experts in visual tasks more generally. Currently, we know very little about these factors.

Some research has suggested super-recognisers may process faces more “holistically” than other people, combining individual facial features into an overall picture. But very few studies have aimed to understand the underlying causes for this, so current knowledge is still evolving.

Our long-term research aim is to understand the underlying cognitive and perceptual processes that give rise to super-recognisers’ impressive abilities. But first, we have to find them. So if you think you might be one, take the UNSW Face Test to help us understand your superpowers. 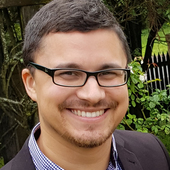 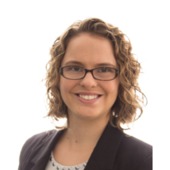 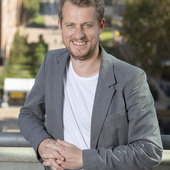