Making a system truly ‘person-centred’ is more than naming it such. It’s more than ‘community consultation’. It requires genuine power sharing between professionals and community members. Getting to a person-centred centred system – and elevating the role of community alongside the health system – will take committed time and money, a cultural shift, and the development of new capabilities.

The good news is that there are several leading examples of how to do this in Australia.

Ballarat Community Health is a great organisation to learn from. It created collaborative conditions for people recently out of prison to codesign critical components of their mental health services with mental health professionals. The co-design team changed the name from ‘Forensic Mental Health Service’ to something less intimidating, and added peer-support components, a peer-led evaluation, a stage-appropriate change model, and principles for staff to follow.

Ballarat Community Health project manager Jackie Keevins said there were significant moments of transformational change: “The peer researchers showed they have amazing engagement skills and credibility to reach out to complete strangers and connect through lived experience. We ran this program because our clients need to change but in doing so, I realised how much we need to change.”

It is not alone in putting people with lived experience at the centre of mental health decision-making. Brisbane South PHN brought this into focus while commissioning new services; The Office of the Chief Psychiatrist SA while setting the principles of a new urgent mental health care facility; and Me Well while developing safeguarding practices. There are many great examples to point to across Australia; the question now is how to move these transformative practices from the margins to the mainstream way of operating.

The commission also recognised the critical role of communities in mental health, and stated the need to foster ‘community-wide efforts’ to reduce stigma, boost support for recovery, and balance community support alongside clinical support. Communities are the front line of mental health in Australia, but have not received anything like the same investment as biomedical innovation.

Fostering community roles and responsibilities – like sharing power to be more person-centred – requires intentionality. Communities need the conditions and resources around them to be able to easily participate. But, at the same time, service language and professionally-held expert knowledge of mental health can get in the way of communities actually leading.

Once again, there are strong examples to learn from.

Another example of community playing a critical role is Our Town, a 10-year mental health initiative funded by the The Fay Fuller Foundation. Its aim is to equip South Australian towns and regions to be ‘mentally healthy’  by addressing mental health beyond the health system. The towns are working on shifting unhealthy aspects of local cultures, stigma, discrimination and local economic challenges. To do this, they’ve been supported with a year of capability building in mental health, community leadership and innovation skills.

In 2020, the Fay Fuller Foundation also funded the TACSI project Community Responders, which set out to discover what South Australians want and need when it comes to mental health crises. Led by passionate young people with lived experience of mental health, this project saw these young people spend several months gathering insights from their communities. Then, after a deep co-design process, they produced nine community roles and conversation tools, which we now intend to test within the community, including schools, workplaces and sporting clubs.

COVID-19, the recession, and the climate emergency are creating unprecedented levels of psychological stress, isolation and uncertainty that we’re not equipped to deal with. The resulting decline in mental health is a wellbeing challenge that also has dire consequences for our economy. The prime minister is right – now is the time for an inflection point in how we address our national mental health.

We think three things need to happen next:

Australia has already shown we can create pockets of innovation that authentically place people and communities at the centre – the challenge now is to do this at scale and with pace.

Carolyn Curtis is the CEO of The Australian Centre for Social Innovation. She is also a a non-executive director for The Social Innovation Exchange and on the boards of The Fay Fuller Foundation and The Difference Incubator. 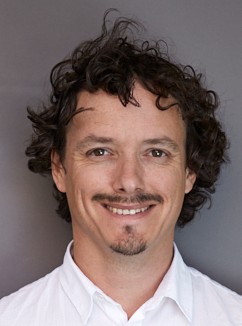 Chris Vanstone is Chief Innovation Officer at The Australian Centre for Social Innovation.

Carla Clarence is the Principal for Social Health at The Australian Centre for Social Innovation.