When Kerry Chant, the Chief Medical Officer of New South Wales faced a media pack almost every morning across Christmas and New Year, one critical link took equal place to the daily number of rising or falling COVID 19 cases.

Was there a genomic link between strains being transmitted within the community? And how quickly could it be traced back through contacts to halt the spread?

We might now almost take for granted that teams of geneticists rapidly analysed variants of the dreaded virus to hunt down its path.

But there’s a bigger story.

Behind the scenes there’s been a quiet yet tectonic revolution in medical and scientific capability fuelled by easy access to cost-effective, secure and plentiful high performance computing muscle enabled by trusted global platforms like Amazon Web Services.

Cloud computing is hardly new, especially as a commodity service to deliver business or consumer applications over the web.

What’s really changed in the past year is that the need to gain access to high-performance cloud has escalated dramatically – creating a new awareness of what can be done quickly when researchers don’t have to wait a week or month for their batched jobs to go through. (And it’s often more cost-effective and outperforms on-premises clusters).

And some of the big breakthroughs are happening right here in Australia.

The ability to process such large loads is key in being able to analyse population-level data sets in the quest to prevent diseases.

To be clear, machine learning and AI – CSIRO in this case which uses AWS to run VariantSpark – won’t replace traditional genomic association models; rather they augment them at a scale that was previously unaffordable or unattainable, often both.

“We have developed tools in the COVID-related area where we were able to stand up really quickly web services that helped contribute to Australia’s response to this disease.

“As genomic researchers I feel like we have been thrust into the forefront of big data compute very suddenly,” Dr Bauer said.

Find out more about how the CSIRO rapidly developed new cloud-based diagnostic tools in this on-demand webinar series.

A complementary breakthrough for Australian researchers and scientists is that access to massive scale has created an economic tipping point by opening up secure, locally hosted resources at a far smaller cost than traditional high performance computing models.

Dr Bauer estimated that cost reductions of around 99% were attainable because access to on-demand cloud slashed some research compute costs from $4000 per month to $15 per month and gave institutions the ability “to share data in a serverless environment.”

Lisa McFerrin, worldwide leader for Bioinformatics at AWS said the amount of data now being generated by research organisations was pushing “beyond on premises capacity and infrastructure.”

“Workflow automation lets researchers get back to work on hypothesis rather than data management.”

Over at the University of Sydney, Professor Patrick Brennan, Chair of Medical Imaging at the Faculty of Medicine and Health (and Payne-Scott Professor of Distinction) is taking a hard-nosed and pragmatic view of how technology and cloud can assist the immediate fight against COVID as well as other diseases.

Professor Brennan is frank about what makes the difference between big tech promises and actual clinical efficacy, especially when it comes to diagnostic imagery – which doctors and specialists use to make assessments.

The challenge for researchers and clinicians, as well as technology developers, is that highly specific fields of specialist medicine take years, if not decades, for humans to achieve proficiency; this scenario makes it unlikely that fields like artificial intelligence  will replace human decision makers, especially when there are several expert assessments needed for a diagnosis.

This does not mean that AI does not offer huge immediate gains. Rather, Professor Brennan argues that cloud-powered capabilities like AI and machine learning offer highly tangible benefits in augmenting human doctors to achieve clinical excellence, especially when it comes to training.

Hear from University of Sydney and learn more about how AWS & Intel are used by healthcare institutions and partners to support and enable care delivery and the intersection for researchers.

The proposition is as simple as it is effective: use cloud computing resources to deliver doctors accredited online learning modules using real clinical imagery to help them assess and improve their proficiency in making diagnosis.

It was no small feat. Some 37 million patient records were migrated to the AWS cloud-based platform to enable the analysis.

Professor Brennan says algorithms first record interactions and then tailor themselves to what clinicians are missing or where there are mistakes. In simple terms, DetectEd-X works out what you are good at or bad at and then adjusts to improve proficiency weak points.

Doctors can also earn Continuing Medical Education points on the platform, which can now be delivered to tablets or mobile devices and done in short bursts as opposed to long sessions.

Initially DetectED-X targeted breast cancer and lung diseases, but the rapid spread of COVID soon created a new and urgent need for doctors confronting a pandemic to upskill.

For Professor Brennan  the logical question was whether the lung imaging training capability could be adapted for COVID-19.

While swabs and pathology can detect the presence of the virus, diagnostic imagery CT scans are vital in assessing, mitigating and treating high-risk serious and difficult cases that threaten or claim people’s lives.

Dubbed CovED, DetectED-X and Brennan have created the virtual clinical environment  where doctors can freely access training worldwide, which have resulted in improvements of 34% in the accuracy of diagnosing difficult cases.

“There is a global need to detect COVID-19,” Professor Brennan said. “AWS stood-up and said ‘We will partner with you’, as did GE.”

For the future, Professor Brennan says he wants to see the heft of AI tested on more difficult cases and images.

Dive further into how AWS is fast scaling research workloads on the cloud through the AWS & Intel Research Webinar Series here. 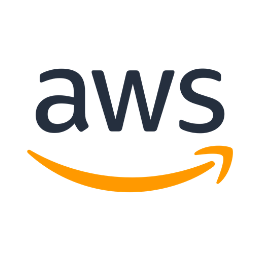 For almost 13 years, Amazon Web Services has been the world’s most comprehensive and broadly adopted cloud platform. AWS offers over 165 fully featured services for compute, storage, databases and more, within 21 geographic regions. Millions of customers including the fastest-growing startups, largest enterprises, and leading government agencies—trust AWS to power their infrastructure, become more agile, and lower costs.