In terms of GDP, the world is better off than ever before. Yet, we need a different global economic system if we want to create a more sustainable and inclusive world. Here is why.

In the 75 years that passed since World War II, the world has seen an unprecedented explosion in wealth. Thanks to enormous advances in technology and trade, the global economy grew so much in fact, that almost everyone was better off. Rapid development happened first in western economies such as the US and the EU, and then in eastern economies such as the “Asian Tigers”, China and ASEAN.

But there was a reverse to this medal. Or rather, two. On the one hand, there has been an alarming increase in economic inequality in the past decades as well, everywhere from the US to China. On the other hand, pollution, environmental degradation, and CO2 and other GHG emissions accelerated to levels never seen before, threatening the very health of our planet.

Why did this happen? And how can we create a global economy that works for progress, people and planet going forward? In this article and accompanying video, we look for some of the answers.

The golden era of capitalism in the West

Let us consider first the enormous leaps forward in global wealth. Ever since the Industrial Revolution took off in the 18th century, various Western European economies and the US enjoyed rapid industrialisation. Thanks to the introduction of steam technology, the internal combustion engine and other novel technologies, Europe and the US underwent a radical transformation.

But it was only after the World War II ended in 1945, that a “golden era of capitalism” took off in the West, and the fruits of economic progress were widely shared. The fact that there was a great sense of solidarity helped, as did the labour-augmenting nature of technology. As a result, blue-collar workers thrived, the labour share of GDP peaked, and companies and government did well, too.

But starting in the 1970s, several factors changed. For one, the environmental footprint of human activity started to exceed that which the planet could handle. Industrialisation had brought enormous economic progress and innovation, but it had equally introduced mass burning of fossil fuels, the exploitation of natural resources and pollution of various other sorts.

Moreover, a different kind of capitalism started to gain the upper hand. University of Chicago economist Milton Friedman postulated in 1970 that “the social responsibility of business is to increase its profits” – and nothing else. It contrasted with the view where companies were a social entity as well as an economic one, deeply embedded in society, consulting with its stakeholders.

Friedman’s view, namely that of “shareholder capitalism”, ultimately won out, and as a result, more and more companies pursued short-term profits and dividends over longer term value creation. In many Western economies, the power of unions declined and the intervention of government in the economy receded, just as companies in general, and the financial sector, in particular, grew larger.

Finally, both trade and technology continued their advances, leading to an ever more globalised and connected world. Those trends had been largely beneficial in the early postwar decades, boosting economic growth and wages. But as the nature of capitalism changed, a more unfettered from of free trade, alongside increasing market concentration, led to greater economic inequalities.

The rise of Asia

Halfway around the world meanwhile, China and other Asian economies started their ascent. Japan was the first Asian economy to adopt new technologies, and pursue innovation and trade. By the 1960s, it was joined by the so-called Asian Tiger economies. And when Deng Xiaoping became the new leader of China in 1978, it too opened up.

Until Deng’s program of “Reform and Opening Up”, China had been a sleeping giant of sorts, pursuing economic policies such as collectivisation of farming and autarky. China essentially was an agrarian economy, which closed itself from the world economy. It proved detrimental to entrepreneurship, innovation and industrialisation.

But one spark changed all that. After Deng visited the Asian Tiger Singapore, he walked away impressed with the city-state’s manufacturing base and its export-based development model. He introduced a similar model in various Chinese cities, creating so-called Special Economic Zones where foreign investment could take place, and other capitalist methods were encouraged.

The result was the greatest economic development story the world has ever witnessed. In the 40 years from 1980 to 2020, China transformed itself from a poor and rural economy, to the second economic power in the world, driven by manufacturing and innovation. Along the way, its citizens saw their incomes multiply, and education, healthcare and housing improved accordingly.

The economic model it applied, became known as “socialism with Chinese characteristics” inside the country, but may be better labelled “state capitalism”: a majority of the economy is in private hands, but the government retains a decisive role, setting the long-term direction, and intervening in critical sectors and at critical moments.

Other emerging markets in recent years started to follow in the slipstream of China. Either the Asian giant became their largest export market, as China’s relative lack of natural resources meant that it developed a massive appetite for imports. Or, as is the case for countries such as Vietnam or Ethiopia, China offered a development model that they in turn could adopt.

The most remarkable result, anno 2021, is that Asia has a higher share of global GDP than the rest of the world, for the first time in two centuries. Before the industrialisation took off in the West, Asian economies such as China and India had been the leading global economies for the better part of recorded history. After two centuries of Western dominance, a new Asian century has now begun.

But some of the same shortcomings that surfaced in the Western economies starting the 1970s and 1980s, emerged in China and other emerging markets in recent years. First, economic and other forms of inequality have widened dramatically. Initial inequalities in terms of housing, education, work or capital exploded alongside China’s economic and technological development. A similar evolution took place in other major emerging markets, such as India.

And second, as Asian and other emerging economies industrialised, their CO2 and other GHG emissions started to rise in lockstep with their economic growth. Today, China (number 8 below) is the largest emitter of CO2 in the world, with the US and Europe not far behind. Overall, CO2 emissions today stand at their highest level ever.

The introduction of capitalism in emerging markets, in other words, created some of the same problems as the ones we’re faced with in the West: inequality and climate change. This is not to deny the massive accomplishments of capitalism in its various appearances, or the progress brought by technological advances and globalisation. As indicated above, the world is better off in GDP terms today than it has ever been in history.

But as we’ve also seen, neither have the advances been equal, nor have they been without harmful side-effects. One striking graph in this regard, is the so-called “Elephant Graph”. It summarises in one line what the effect has been of globalisation, technological progress and the wide-spread adoption of capitalism (whether with shareholder or the state is in the leading role).

The Elephant Graph, depicted below, shows on the horizontal axis every percentile of the population, ranked by income level. On the vertical axis, is shows the increase in income that every percentile has had over the past four decades. The resulting picture is insightful: it shows that the increase in global income has on average been dramatic, but equally dramatically uneven.

Some of the largest beneficiaries of state and shareholder capitalism, and the advances in trade and technology, have been the poorest percentiles of the population. They form the new middle classes of emerging markets, including China. The “global middle class”, which includes some of the working classes of the West, saw a much smaller increase in incomes.

But the greatest increase in incomes is found in the global one percent, and even more in the one percent of the one percent. They saw their incomes often double, triple or more. In terms of wealth, the picture is even more unequal. Just a few dozen individuals, organisations such as Oxfam International calculated, today own as much assets as the poorest 50% of the global population. And, it also said, COVID-19 is set to make these inequalities a lot worse.

Both these excesses of our global economy – rising economic inequality and harmful environmental degradation – should make us reflect about whether we need another sort of capitalism. Such a system exists: it is called stakeholder capitalism. The stakeholder model is one where companies optimise not for short-term profits, but long-term value creation, taking into account all of their stakeholders.

It is also a system where companies, government, civil society and international organisations are recognised as equal partners, and where they all pursue a common goal: the well-being of people and the planet. It would prevent economic inequality to get out of hand in the way that it did. And it would make care for the planet a much greater priority than it is today.

It is, however, possible. The social market economies of Western Europe provide one example. In countries such as Denmark, the Netherlands or Germany, government, companies and unions to this day work together in an institutionalised form of stakeholder capitalism. And countries such as New Zealand and Singapore are experimenting with their own stakeholder models.

In the end, both people and the planet will benefit in the long run if more economies make this shift towards stakeholder capitalism. Given the inequalities and crises we’re facing today, it is a turn worthwhile making.

This article used insights and graphs from Stakeholder Capitalism: A Global Economy that Works for Progress, People and Planet by Klaus Schwab and Peter Vanham. The book is published by John Wiley & Sons. 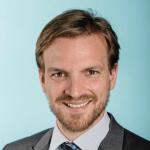 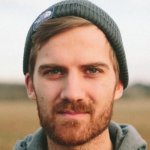 By Peter Vanham and Johnny Harris