A critical part of successfully dealing with the ongoing COVID-19 pandemic in Australia and globally is ensuring that culturally and linguistically diverse communities have a good understanding of the health crisis and government directives.

We conducted a national online survey of 432 adults in Australia who self-identify as Asians or Asian Australians, and examined how they seek pandemic-related information, whether they trust government and whether they prioritise public health over individual rights.

Most respondents said they spoke English competently (61.8% ‘very well’ and 37.3% ‘well’), and most had lived in Australia for at least several years—63% of respondents born outside Australia arrived before 2011. Almost 30% identified themselves as Chinese and almost 23% identified themselves as Indian. A majority (67.8%) had at least a Bachelor’s degree, and the median annual household income was in approximately $75,000-$99,000.

The most sought-after source of information is traditional media

Our survey indicates that when Asian Australian communities seek information about the pandemic situation in Australia, traditional mainstream media such as newspapers, television and radio are the most widely used source at 81.7%, followed by Australian online news media (50.5%).

Almost 50% of respondents (49.5%) use Australian health authorities, such as the federal government’s COVIDSafe App or the Victorian Department of Health and Human Services.

Another significant finding is that 47.7% of respondents source their COVID-19 information from their family members, which shows that families play a significant role in information distribution. (It was unclear from our research what the main sources of information were within the family and friends.)

Which are the sources of your news and information about COVID-19 in Australia? [Choose all that apply]

Recent immigrants (2011-2020) are more likely than their more established counterparts (before 2011) to rely on personal networks, internet media, and social media to seek information about COVID-19.

Asian Australian communities have high levels of trust in governmentTrust levels in government sources were assessed by respondents as very high—4.18 out of 5.

Another indication of trust in government is that the federal government’s COVIDSafe app was downloaded by 53% of respondents. This suggests that Asian communities in Australia were more likely to download the app than the general public—the app has been downloaded by approximately 40% of the population who could use the app on their smartphones.

[For those who have downloaded COVIDSafe app] What would be your main reasons for installing the app? [Choose all that apply]

Public health is prioritised over individual rights such as privacy

One of the most interesting findings from our survey is how much Asian Australian communities value public health over human rights.

In policy terms, governments can be confident about having gained a high level of trust from Asian Australians despite the negative perceptions of Asian communities in Australia displayed by some political leaders, individuals and the media.

However, governments should examine the utility of multilingual information resources that need to be more relevant and culturally sensitive, and the need to be vigilant in relation to misleading media reportage of critical health information. Effective communications across different ethnic groups are key to maintaining a cohesive and healthy society.

A longer version of this article was published by Melbourne Asia Review, Asia Institute, University of Melbourne. 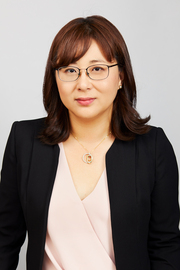 Dr Wonsun Shin is a senior lecturer In Media & Communications Culture and Communication at Melbourne University. 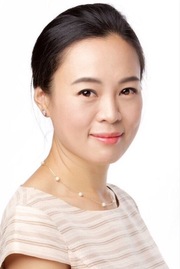 Dr Jay Song is a senior lecturer in Korean Studies at the Asia Institute, Melbourne University.

By Wonsun Shin and Jay Song