Oregon lawmakers have filed a spate of bills aiming to reverse decades-old timber tax cuts that deprived counties of billions of dollars and to eliminate a quasi-governmental state agency that has acted as a lobbying arm for the industry.

Newsrooms found that timber companies, increasingly dominated by Wall Street real estate trusts and investment funds, have benefited from tax cuts that cost counties at least $3 billion over the past three decades. Half of the 18 counties in Oregon’s timber-dominant region lost more money from tax cuts on private forests than from the oft-blamed reduction of logging on federal lands stemming from environmental protections for the northern spotted owl.

The investigation also documented how the state-funded Oregon Forest Resources Institute, which has an annual budget of $4 million, worked to discredit climate research deemed harmful to the timber industry and appeared to skirt legal constraints against lobbying. By law, the organisation is prohibited from attempting to influence policy. Its role is to educate residents about forestry.

In response, Gov. Kate Brown requested an audit of OFRI, and a group of citizens proposed a ballot initiative to restore timber taxes. Now, lawmakers are weighing additional actions.

“We as a state must be able to assure, to the greatest extent possible, that we maintain an unbiased, balanced and fair taxation system,” said Brad Witt, a state representative who leads Oregon’s House Committee on Agriculture and Natural Resources. The committee will be the first stop for many of the bills proposed during the legislative session that ends in June.

A former mill worker and officer for labor unions in Oregon, Witt has been a supporter of the timber industry. The Democrat served on the OFRI board from its founding in 1991 until 2006, was on the Oregon Board of Forestry, which governs state logging rules, and has received $75,000 in campaign contributions from timber companies during his 16 years in the legislature.

But the lawmaker also represents Columbia County in northwest Oregon, where timber tax cuts have cost the county an estimated $135 million since 1991, the news organisations reported in June. That is more than four times the county tax revenue lost because of a decline in logging on federal land.

“Given the reports and the seriousness that some of those reports brought to bear, I believe that it’s incumbent upon us in the Legislature to review our taxing methods for harvested timber,” Witt said.

For decades, private timber owners in Oregon paid a severance tax on the value of the trees they logged. But in the 1990s, lawmakers passed a series of tax cuts that began lowering the funding provided to schools and local governments. Then they eliminated the tax for all but the smallest timber owners, who can opt to pay it in exchange for reduced property taxes.

Officials in the former timber town of Falls City said they can no longer adequately fund basic infrastructure or public safety needs. Polk County, home to Falls City, has lost approximately $100 million since the tax cuts.

“I am glad to hear they are reexamining the relationships between timber companies and the communities where they operate,” Mayor Jeremy Gordon said. “We are working on building, and in some cases rebuilding, our relationships with timber companies in our area, and I am encouraged by our progress. The bottom line, though, is that these tax structures could be updated to be more equitable.”

Lawmakers have so far filed more than two dozen bills on timber policy, making the 2021 legislative session among the busiest for one of the state’s largest industries, said Jody Wiser, founder of Tax Fairness Oregon, a group that lobbies to make the state’s tax system more equitable. More timber tax bills are pending now in the legislature than at any time since the severance tax was eliminated, Wiser said, crediting the news organizations’ investigation with sparking renewed interest in the issue.

“We have counties in deep trouble, and the severance tax was their money that the Legislature gave away,” Wiser said.

The legislation comes on the heels of other calls for action. In August, a citizens group of 70 teachers, nurses, water managers, foresters and other Oregon residents announced plans to introduce a ballot initiative, currently in draft form, that calls for the restoration of timber taxation and increased protections for forest streams.

The same month, Brown requested an audit of OFRI. The governor’s office said the audit was “necessary to bring transparency to whether OFRI conducts its mission in keeping with its statutory authority, including the clear prohibition on OFRI influencing, or attempting to influence state policy.”

The Oregon secretary of state’s office, which is conducting the audit, has said it does not expect to complete its work until the summer, leaving the possibility that the findings may not be released until after the legislative session has wrapped up. But lawmakers are considering two bills that would eliminate OFRI, and could act more quickly.

“I was appalled by reports of how the Oregon Forest Resources Institute worked to discredit legitimate scientific research to combat climate change. I expect there will be a thorough vetting of these bills,” House Speaker Tina Kotek, D-Portland, said in a statement.

“We expect the Oregon Legislature will take the opportunity to learn more about OFRI’s work and the people we serve as it considers legislation during the current session,” she said.

Sara Duncan, spokesperson for the Oregon Forest & Industries Council, the state’s largest timber lobbying group, said officials were still evaluating bills that propose the elimination of OFRI and had no comment on them.

But Duncan said the lobbying group, which in 1991 lobbied for OFRI’s creation and for the tax cuts, strongly opposes measures that would reinstate the severance tax. She said such a move would lead to more job cuts as the industry contends with economic losses from one of Oregon’s worst wildfire seasons. Weyerhaeuser, the state’s largest private timber owner, reported net earnings of $797 million last year after losing $80 million to September fires that burned 125,000 acres of its timberlands.

“Piling a timber-targeted tax on an industry that already pays far more on average than other business sectors in the state, while dealing with massive economic losses and generational impacts of the Labor Day fires, will cost rural Oregon jobs they can’t afford,” Duncan said.

The news organisations asked for a citation on the statement that timber pays more on average than other business sectors. Duncan said the figure would become public record once the council submitted it to the legislature.

State Sen. Jeff Golden, D-Ashland, who cosponsored a bill to eliminate OFRI, said he received “huge public comment” from constituents about the tax-funded institute’s efforts on behalf of the timber industry.

Golden and four other lawmakers have sponsored House Bill 2357, which would redirect the institute’s $4 million in annual funding to the Oregon Department of Forestry for projects to research forest pesticide use and promote more environmentally sound logging practices.

“I have heard a united voice that the state of Oregon, in its funding, should not be in the business of timber industry public relations,” said Golden, chair of the Senate Committee on Natural Resources and Wildfire Recovery. “People want a change in that. That’s really struck a chord.” 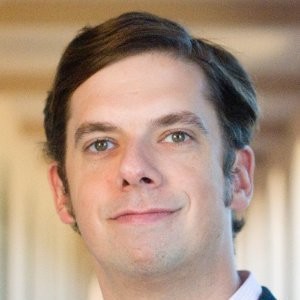 Rob Davis is a journalist at The Oregonian/OregonLive. 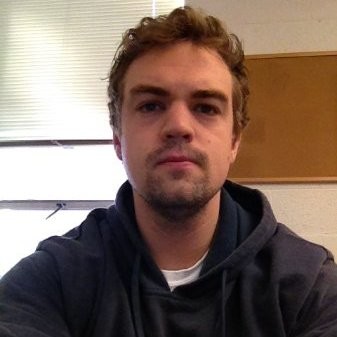 Tony Schick is a journalist at Oregon Public Broadcasting.

By Rob Davis and Tony Schick