From the grandiose to the incremental, missions offer a powerful policy tool for getting things done. What makes them work?

Public missions can change the world.

The Apollo Program made us rethink our place in the universe by putting humans on the moon.

Each took a big goal and tasked diverse teams with attaining it in a short space of time. A clear problem-focus and political pressure allowed resourcing and coordination to flow, resulting in major achievements.

So if we can reach the moon or build the bomb, why not use the same approach to fix the big problems of today, such as climate change?

Increasingly policy wonks are looking to the mission as a model for regaining the problem-solving power of the public sector.

This has been driven in large part by the advocacy of economist Mariana Mazzucato, well-known for her argument that government should play a more proactive role in innovation, and the work of her Institute for Innovation and Public Purpose at University College London. Mazzucato recently published a new book, Mission Economy, wherein she calls for a rethink of how government tackles (or doesn’t) the problems of capitalism.

But the OECD is also interested in missions. It has been researching what it calls ‘mission-oriented innovation policies’ since 2019, and recently published a report on their design and implementation.

Their strength lies in their ability to create focus — on finding a solution to a problem, though usually without being prescriptive about what it will look like. This focus can unlock the resources and cooperation needed to ensure the goal is met in a relatively short space of time.

Missions are well-suited to wicked policy problems that cut across multiple portfolios, allowing convenors to bring together actors who otherwise might not have the incentives to work together. By breaking down silos between organisations and disciplines, the mission can then develop new solutions and carry them through otherwise-disjointed stages of design and implementation.

Different jurisdictions are trying out their own missions, even if they are not as grand as the Manhattan Project.

In 1997 Sweden introduced its Vision Zero project to reduce the number of road fatalities to zero by 2020. There are now more roundabouts, pedestrian bridges and bikes lanes across the country. Speed limits have been lowered and strict policing has reduced the number of drink-driving offences. While this push has not eliminated road deaths, it has made a major difference, with the number falling from 541 to 324 between 1997 and 2018.

Climate change is undoubtedly the biggest target of the missionaries. So far it is proving very difficult to solve, but is also in many ways a technical problem that can be addressed through innovation.

Since 1999 Austria has run a program called Building of Tomorrow (now known as City of the Future), which supports the transition to low-energy buildings, including zero-energy passive housing.

Norway’s Pilot-E cross-agency program is helping to develop emissions-free and energy-saving technologies. Each year it issues targeted calls for proposals aiming for full-scale solutions. It does not specify technological solutions — there might be a call for electric ship technologies, for example, but Pilot-E leaves open whether it should use batteries, hydrogen or another solution.

The EU is running five missions through its Horizon Europe structure: adaptation to climate change (including societal transformation), cancer, climate-neutral and smart cities, healthy oceans, and soil health and food.

Missions don’t necessarily have to be limited to technological problems. It was back in the 1970s that Richard Nelson posed the question in his book The Moon and the Ghetto, that if we can land a man on the moon, why haven’t we been able to solve the problems of poverty or health? Mazzucato makes a similar call, arguing that we should apply the moonshot approach to making healthcare more accessible and narrowing the digital divide.

Social missions bring additional complexity, however, both because their goals are more highly contested and because human behaviour is unpredictable and contingent.

And perhaps it’s unsurprising some are sceptical of government’s ability to direct major change. As economist John Kay notes, Mao’s mission to industrialise China in the space of five years, known as the Great Leap Forward, led to at least 30 million deaths. But even moonshot projects in democracies in more recent times, like the Concorde, have ended in failure.

There would be fewer disasters if governments chose better mission objectives and learned the lessons of implementation troubles past.

Mazzucato argues there should be five criteria for selecting a mission:

The OECD has found some success factors in making missions work — though it notes this is still an under-studied area:

There are four categories of mission, according to the OECD, each of which presents its own challenges.

The first is the ‘overarching mission-oriented strategic framework’. These are the Apollos and Manhattan Projects of the world — big, ambitious projects led from the centre of government with a long time horizon. The risks here include setting a broad, unmeasurable or unclear goal, and insufficient collaboration between agencies. The transaction costs of forcing everyone to work together can also be high.

The second group is challenge-based programs and schemes. These are led by agencies, tend to be more focused, and seek the acceleration of (usually technological) innovation. This is where Norway’s Pilot-E fits. These are “more focused and less complex and costly”, says the OECD, but their more granular focus means scaling up is usually necessary to achieve impact; this broader change typically requires high-level political backing, financial resources and regulatory reforms that can be difficult to line up.

Third is the thematic mission-oriented program, led by an agency, examining ideas for various societal challenges, whether it be competitiveness or future city design — such as Austria’s City of the Future program. This more incremental approach requires stakeholders to push beyond their comfort while remaining focused and coordinated to achieve results.

The fourth is the ecosystem-based mission program, built around an innovation agenda developed by the innovation actors themselves, with an agency providing support. This level of stakeholder engagement leaves these programs open to mission capture from incumbents resistant to change.

How DARPA does it

The US Defence Advanced Research Projects Agency — commonly known as DARPA — is a well-known example of a body that works with a mission focus, and one of the better-studied examples.

DARPA missions are overseen by a program manager, often described as “a conductor of an orchestra with a four to five year contract” — an authority who can understand the instruments in the orchestra, but does not play any single instrument itself.

“Its role is to develop a systemic understanding of the challenge area under its responsibility through numerous interactions with the researchers and experts and exert strong leadership on how to solve this challenge,” explains the OECD.

This gives the manager strong decision-making authority, based on expert advice. Subject to rules around conflict of interest and the like, the manager has some discretion to make decisions around funding, giving greater scope for under-performing functions to be killed off than might be the case in more traditional bureaucratic settings.

The program manager can also bring together different stakeholders within the mission who otherwise might be prone to stay within silos. Scientists who are competing against each other, for example, can be facilitated to exchange information that will assist the overall goal.

Independence is also a key feature of the DARPA model. This protects the mission from political interference, such as around pressure to focus on short-term projects over longer-term, more disruptive efforts.

The mission must inspire the academics and experts who are key to making innovation happen. But citizens too — “Balancing top-down and bottom-up perspectives can make innovation processes richer, better informed, and more likely to be adopted,” she argues. Public input is especially valuable are in the problem definition, implementation, and evaluation stages of the project.

Public sector capability must be up to the task. This requires a mindset shift from seeing government as the actor of last resort to a leader that proactively solves the major problems in society — problems that the private sector usually has no real incentives to tackle. The public sector needs to ask what capabilities are needed to foster a dynamic innovation ecosystem, including the ability for bureaucrats to welcome experimentation and help governments work outside silos.

Finance is also important. Governments should consider how public funding can encourage other actors — whether public, private or third sector — to commit to a project. Mazzucato argues the private sector, while usually seen as disruptive and innovative, tends to be highly risk averse in the early stages of innovation, leaving a gap that can be supported by mission-oriented public policy.

The pandemic has shown that when governments want to make change, they can — and rather quickly.

From providing shelter for the homeless to doubling the Jobseeker rate to quashing outbreaks, government has demonstrated its capacity to improve lives.

So will we see a mission to solve climate change?

It all depends on whether we choose to. 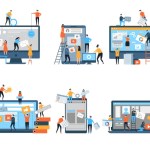 Disability applicants to the Victorian Public Service graduate program quadrupled this year. Here's how they did it 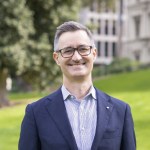 Does a modern public servant need to chalk-up career runs in the private sector? 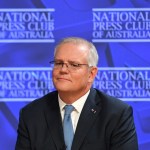 Some things should never be written down in the first place 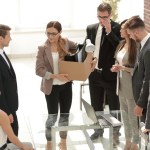 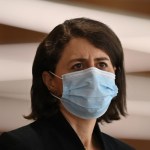 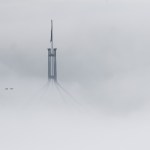 Public service has a role in ensuring transparency of government