All governments use external expertise: for resources, knowledge, or when they seek a fresh perspective.

The relationship between a government and an external advisor are often highly productive. However, they can also be a disaster when the advisor fails to deliver what governments need. Getting these relationships right is ultimately a public servant’s duty to the taxpayer.

Over time (really since around the 1950s), the ‘What’ in governments’ requests of consultants has become vaguer and so harder to achieve. This creates problems down the line, both with how solutions are designed and implemented by consultants, and how these are signed off and handed over to governments.

To understand the extent of what is lacking currently, let’s be clear about where an external advisor’s role starts and ends. Drawing a line under this can help public servants understand what an external advisor is there to do, not just so that they can decide what they really want from them, but also so as to hold them to account if they fall short.

If you are a public servant working in a low or lower-middle-income country, this is especially relevant. The problem of vague demands and expectations is especially acute for these governments, because their access to external advice is often supported by development partners. The more partners that are added to the government-advisor relationship, the more accountability for the outcome is diluted.

What we have found is that all external support to governments falls into one of three categories. Broadly speaking, these categories sort advisors into ‘Doers’, ‘Partners’, and ‘Facilitators’. Once you know which one you need, you can simply approach them without needing to research further.

In some of the low and middle-income countries we work in, we’ve found that much of this advisory support lingers far too long, leading to a damaging dependence of governments on their external advisors. This outcome is damaging because sooner or later it starts to erode the existing capacity of that government. It is particularly damaging if a government is already prone to dysfunction, and where internal coherence and motivation are already poor.

Advisors as partners refers to the type of advisor that works with government officials to design and develop policy, as well as support its implementation. Engaging further partner support — such as experts in health insurance to craft, say, a policy around how a country should finance healthcare — is of particular help to public servants in governments that lack experience in a specific area. The primary difference between the doers and the partners is that partners focus on preparing governments to take over from external support after a policy is in place.

Unless roles and processes are well defined however, advisors can become key players in both policy design, as well as policy execution. This threatens state sovereignty, which while it may not be obvious to the general population, will erode the decision-making power of government from within.

Advisors as facilitators refers to an advisor whose job it is to create the conditions for a conversation that will hopefully advance change. They’re not there to ‘do’ anything, nor necessarily advise. Rather, their role is to enable change by building on the knowledge and expertise of the government official. A facilitator will probe, coach and engage government officials in a discussion to whittle down their priorities. Then, they will help governments navigate a reform agenda, addressing in the process challenges in the implementation phase. Where there is sufficient time and capacity in government, this type of support can lead to a transformation of how a government operates.

But beware. Too often, facilitative advisory support masquerades as preparatory, when it is in fact doing the work for you. This happens when governments ask for a facilitator, but face political pressure to deliver fast results. Pressure of this kind naturally focuses the minds of public servants on short-term solutions, and so misses the goal of long-term transformation.

What we encourage public servants to do is to focus on the policy challenge they are trying to address, and match that challenge to the right advisory solution. Do you need someone to get on and do something? Do you need a partner to develop a policy? Or are you looking to facilitate a change in how you function? In each case, different advice and support is required.

The clearer public servants are about what type of support their government needs, the greater their return on investment, and the longer taxpayers and populations as a whole will benefit.

This article is curated by Apolitical. 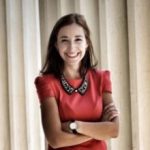 Alexandra Nastase is a senior governance specialist and director of consultants at Oxford Policy Management. 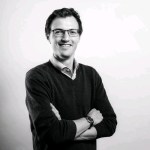 Ben French is a senior governance specialist and director of consultants at Oxford Policy Management.

By Alexandra Nastase and Ben French