Following the changing of the guard in the White House, a re-energised Quadrilateral Security Dialogue (Quad) linking the US, Japan, India and Australia needs to prepare itself to face serious global tensions in this year and beyond.

The Quad will have to deal with the erosion of liberal democratic values under pressure from authoritarian priorities as an ascendant China, supported by Russia, seeks to alter the fabric of the established world. Multilateral institutions such as the World Health Organization, United Nations and World Trade Organization now find themselves as ‘contested space’.

Washington’s increased support for the Quad includes a major US reorientation within the Indo-Pacific. President Joe Biden has already confirmed the region’s importance by appointing Kurt Campbell as Indo-Pacific coordinator to manage the US–China relationship. Campbell has endorsed some policies towards China initiated by Donald Trump’s administration, but he has also acknowledged that the US has much work to do in engaging with the region as a whole and in re-engaging with allies.

Another key element of the Biden administration’s strategy will be making greater use of assets such as satellites in developing national security policy and assessing foreign capabilities, including in space. China, and to a lesser extent Russia, are challenging America’s dominance in space, raising cybersecurity and infrastructure concerns in the US and the wider Indo-Pacific region.

The Quad will need to be involved in developing a cybersecurity strategy that recognises the varied nature of evolving threats and the importance of ensuring the security and resilience of alliance members’ networks. Australia’s Department of Foreign Affairs and Trade is seeking to secure the technological future by fostering the ‘Quad Tech Network’.

This initiative opens a new ‘track 2’ Quad stream for universities and think tanks to promote research on and discussion of cyberspace and critical technology. Participants include the National Security College at the Australian National University, India’s Observer Research Foundation, Japan’s National Graduate Institute for Policy Studies and the US Center for a New American Security. DFAT’s focus is on addressing key technology- and cyber-related issues facing the region and fostering policy collaboration among Quad members. This focus will complement the department’s forthcoming international engagement strategy for cyber and critical technology, which is expected to focus on protecting critical infrastructure and assets while securing vital supply lines for technology development.

China and Russia reject this model as broken and seek to reshape multilateral organisations to reflect their own interests. They favour an authoritarian model that mandates a state-centric, top-down approach to governance, altering institutions to better support and acknowledge the legitimacy of authoritarian practices. Beijing’s attempts to make the UN a platform that will ‘legitimise its authoritarian rule’, is an example of what China has in mind.

In the state-centric authoritarian model, global internet and cyberspace governance, including the management of information flows, becomes ever more important. China’s and Russia’s disinformation strategies have gathered traction in the wake of the Covid-19 pandemic. Beijing has taken advantage of disjointed Western responses and a dearth of cooperation and leadership among the democracies to alter views on the pandemic’s origin to better fit the Chinese Communist Party’s needs for legitimisation and international respect.

The ‘China Standards 2035’ plan lays out a blueprint for the CCP and leading state-owned technology companies to set global standards for emerging technologies like 5G, the internet of things and artificial intelligence, among other areas. This is intended to work in concert with China’s other industrial policies, such as the ‘Made in China 2025’ strategy, to make China a global leader in high-tech innovation, and dovetails into the Belt and Road infrastructure expansion.

As Beijing seeks to export its norms, values and governance practices to the rest of the world, concerted and urgent action by the Quad, and associates including NATO, is necessary to protect shared democratic values and the rule of law. NATO Secretary General Jens Stoltenberg said in his first policy speech since the US election that his organisation should ‘reach out to potential new partners in the community of democracies … and embrace a global outlook’.

Some argue that the Quad won’t work because the histories and agendas of the four partners are too different. However, this views the Quad narrowly as a military alliance. It can be and is much more. In an encouraging sign, the Quad has already engaged with South Korea, Vietnam and New Zealand (the ‘Quad-plus’) on collective responses to the pandemic.

As Quad members, the US and Australia may encourage the inclusion of Japan in the Five Eyes intelligence-sharing network along with Canada, New Zealand and the UK. The British government has also floated the idea of a ‘Democracy 10’ (including the Quad countries) to tackle issues, such as the development of standards for 5G and emerging technologies, that affect the collective interests of the democratic nations.

A key to the Quad’s future is its embrace of a multilateral and nuanced approach that builds on strategic alliances and partnerships globally. This is a strategic advantage that illiberal states cannot yet, and may never, match. However, as democracies rally, others will seek out new alliances. Keeping a step ahead won’t be easy.

This article is curated from ASPI’s The Strategist.

China wants to be the world’s AI superpower. Does it have what it takes? 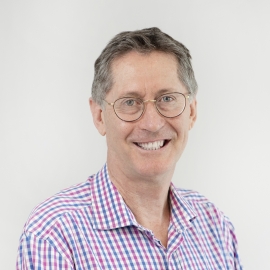 John Garrick is a university fellow in law at Charles Darwin University and a practising lawyer in the Northern Territory. 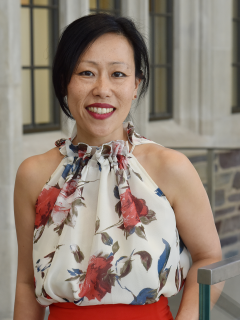 Yan C. Bennett is assistant director of the Paul and Marcia Wythes Center on Contemporary China at Princeton University and adjunct professor of international affairs at George Washington University.

By John Garrick and Yan Bennett