Restrictive planning rules add hundreds of thousands of dollars to the average price of a property. This is driving high prices, long commutes and poverty.

Property prices are already at record highs and growing at their fastest rate since 2003, despite the economic turmoil of the pandemic.

Sydney and Melbourne are the third- and sixth-least affordable cities for housing in the world when incomes and prices are taken into account, and all five of Australia’s major cities are considered “severely unaffordable”.

Half of low income earners face rental stress, a figure that has grown in recent years.

The sheer cost of putting a roof over our heads increases inequality, pushes people into poverty, and is a contributor to homelessness. It harms our productivity by raising business costs. It’s a burden on everyone, eating ever further into Australians’ slow-growing incomes.

Cheap credit, population growth and incentives such as negative gearing and first home owner grants all increase demand — but then planning restrictions prevent new housing being built to meet it. The result is buyers trying to out-bid each other for the inadequate pool of properties available, pushing prices higher.

Estimates suggest the costs of planning restrictions are huge: zoning contributes about 40% to the price of a home in Sydney or Melbourne, according to research by the Reserve Bank of Australia on 2016 data.

If you’re in Perth, the RBA estimates your house cost 35% more due to zoning, or 29% more if you’re in Brisbane.

That is a staggering amount of money.

Despite common misconceptions, this is not because Australians particularly like detached housing — surveys show many more people would prefer medium-density housing than there are townhouses and apartments for, and that there is an oversupply of single family houses.

The problem is that we’re not building enough medium-density housing, and that’s because it’s illegal in most parts of our cities.

These rules are in place primarily to preserve neighbourhood character. The trade-off is an inability to build in areas with the highest demand — those with the best access to jobs — which means longer commutes, heavier reliance on cars, increased economic segregation, and higher costs for everyone. It also means a lack of diversity in housing types — Victoria’s homelessness inquiry found that the small amount of affordable accommodation that does exist is mostly three-bedroom family housing, leaving older and single people on low incomes without options that suit their needs.

You only need to look at what happens in the small areas with permissive zoning to see just how much demand there is.

That level of development is occurring because people are willing to buy or rent that housing.

Yet even in these areas the opportunity to build is restricted to a few blocks, often in former industrial zones. Travel one stop towards the city from Moonee Ponds and the street leading to the station is lined with one-storey houses. Cross the railway from the Anstey precinct and nothing is allowed above two storeys — as is the case for much of Brunswick, a suburb with excellent access to jobs, education and entertainment. Likewise, large parts of the wealthy and well-serviced inner eastern suburbs prevent anything more than two storeys and two dwellings per lot. Apply that across an entire metropolitan area and you have a big problem.

Sydney is even worse.

The NSW Productivity Commission has highlighted planning and expensive housing as threats to the state’s long-term productivity, arguing the the planning system is “overly complex, prescriptive and slow” and “a driver of the continued lack of housing supply and poor housing affordability”.

The failure of that system to keep pace with demand since 2006 is estimated at having resulted in a shortage of around 70,000 dwellings.

“With a relatively unresponsive planning system, New South Wales completed 212 dwellings for every 1000 extra people over the ten years to 2018,” says the commission.

Victoria and Queensland have also lagged far behind demand, but not as badly — each completing around 295 dwellings per 1000 new residents.

In Sydney this has resulted in a dramatic increase in severe overcrowding — considered a form of homelessness — and may be pushing couples to start families later, depressing the already low fertility rate.

The commission argues the system is also “inflexible to changing needs”, with prescriptive rules on what can be done where. Even in Victoria, which the Productivity Commission considers more flexible than NSW, the specificity of zoning can extend to individual properties. In the case of the Anstey precinct, for example, four different zoning designations all sit within a few metres of one another.

This makes it difficult for cities to respond to changing needs, locking the physical structure of the city into the social and economic patterns of previous decades.

Restrictive zoning means windfall gains for anyone who owns an upzoned block, creating the incentive for property developers to buy land and hold onto it while lobbying or corrupting decision-makers into changing designations.

Minimum parking requirements in new developments add to the problem, says the Productivity Commission. Adding parking to new apartment buildings can cost between $30,000 and $50,000 per apartment. For many this is a waste, with large numbers of car parking spaces already sitting empty in areas with good public transport and cycling connections.

“By raising private vehicle use, these rules in turn raise the costs to the community from additional traffic. Notably, they raise congestion.”

The solution is to build more.

The Grattan Institute estimates that if an extra 50,000 homes were built each year for the next decade, national house prices could be between 5% and 20% lower than otherwise.

This does not have to be scary — plenty of cities have done it already and are reaping the rewards.

Building more public housing could help, as it has in cities such as Vienna. It would need to be a lot, though. Victoria is building 12,000 new dwellings over four years — more than any Australian government has done in a long time — but that’s not enough to make much of a dent to prices (though it will help a lot of vulnerable people who would struggle to access the private housing market at all). Australia’s aversion to public housing suggests it is unlikely any government will be willing to spend big enough to fix the problem.

They don’t have to though, if they allow the private sector to provide the housing Australians want.

Cities with fewer restrictions build more and enjoy cheaper housing. This can be seen across the United States, where different cities have very different planning restrictions. Where building is difficult — including San Francisco, Los Angeles, Honolulu or New York — shelter is up to four times as expensive as cities with few restrictions, like Atlanta or Houston.

Despite being one of the fastest growing urban areas in the US, Houston’s lack of zoning has allowed it to quickly build enough housing for its new residents, keeping property prices affordable.

Japan has also built lots of new housing in its major cities in recent decades thanks to a liberal approach to zoning, and housing costs in Tokyo today are little changed from the mid-1990s. In fact, Japan’s gentle density, diversity of development, good public transport and highly walkable streets have led to a more pleasant and interesting environment than is found in most Australian cities.

Notably, Japan’s zoning rules are relatively simple, and are set at the national level, preventing interference by local councillors.

There are plenty of examples of what good density could look like — many of Australians’ favourite holiday destinations, like Paris or Barcelona, are many times as dense as Melbourne or Sydney.

Yet even in Australia there are examples. There’s a reason why Victorian terraces and art deco apartments are some of the most desirable and expensive properties on the market — they are compact enough to allow people to live close to the action while still offering adequate space.

New high density does not have to mean skyscrapers and flammable cladding. One such example is not-for-profit property developer Nightingale, primarily based in the Anstey precinct, which offers high environmental performance, common rooftop green space and ground-floor commercial. It has sparked a shift in design in Melbourne in recent years, and appears to have been the inspiration behind some parts of the new Victorian Better Apartments guidelines.

This has been accompanied by improvements to urban services. In the Anstey precinct Moreland council has experimented with parklets, given unused road space over to pedestrians and recently built a very popular new park for nearby apartment-dwellers.

This example offers an approach to urban development that would suit the many Australians who currently lack opportunities to live closer to work and recreation.

It is of course only one blueprint for the future — the most important part is that a lot more housing is built.

Tinkering around the edges, as is already occurring, is not enough — there needs to be a major shift.

The shortfall is so large that “we need to replace detached houses with apartments,” argues Peter Tulip, co-author of the RBA report, who is now at the Centre for Independent Studies.

State governments and councils should allow denser development, especially in inner- and middle-ring suburbs, and close to public transport nodes.

But upzoning shouldn’t be limited to apartment buildings around train stations and main roads. Increasing opportunities for the construction of smaller houses and 3-4 storey apartment buildings would mean more gradual development in backstreets, giving individual homeowners and small property developers the opportunity to contribute to supply.

More mixed use zoning would allow more shops to be located closer to where people live, improving opportunities to get around by foot or bicycle, improving congestion.

Removing minimum parking requirements would allow more and cheaper housing to be built in areas where people have alternative means of transport. This would not ban cars, but simply give people the choice about whether they need a parking space or not.

Reform isn’t easy, but it’s possible. The City of Melbourne removed parking minimums for the CBD in the 1970s. Japan introduced its liberal planning system back in the 1990s. A slew of American cities have recently eliminated single family zoning, including Minneapolis, Sacramento and Berkeley. Rule changes in Los Angeles have led to a resurgence in the construction of granny flats, an area where NSW and Victoria are already making progress.

Building enough housing for Australians is a choice we can make. The alternative is to do nothing — and watch the problem get worse.

We need a 21st century fix to 1960s public housing

Housing policy reset is overdue, and not only in Australia 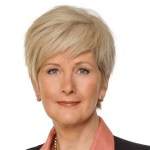 Gill Callister on ethics, female leadership and how to manage a department through a messy public corruption scandal 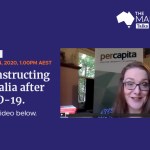 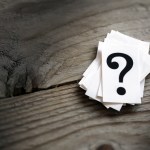 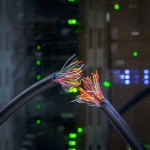 Working from home? A case study of Australian internet reliability in the time of coronavirus 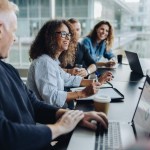 Can your department flick the switch on motivational intelligence? 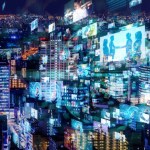