A week ago, one of Alaska’s most powerful executives abruptly resigned from his job leading the largest tribal health organisation in the state. Neither the outgoing president nor the group said why. Earlier in the day, his former assistant had delivered a scathing three-page letter to the Alaska Native Tribal Health Consortium (ANTHC) that described a pattern of abusive behaviour, harassment and coerced sexual encounters by President Andy Teuber, according to the document, obtained by the Anchorage Daily News and ProPublica.

The woman, Savanah Evans, who is 27, delivered her own resignation letter on Feb. 23, describing workplace abuse, harassment and intimidation at the hands of Teuber, who is 52.

“Andy unrelentingly coerced, forced, and required sex of me,” Evans wrote in her letter. In a phone interview Monday, she told the Anchorage Daily News and ProPublica that much of the abuse took place in ANTHC offices, and that it derailed her personal and professional life.

Evans gave her permission to be named in this article, saying she wants to end a cycle of abuse.

“If I don’t speak up,” she wrote in her resignation letter, “I will be no less guilty than those who have done nothing but swept it under the rug.”

Teuber’s departure follows the recent resignations of two consecutive Alaska attorneys general, Kevin Clarkson and Ed Sniffen, and of Anchorage Mayor Ethan Berkowitz, all following allegations of inappropriate interactions with women. Clarkson apologised for sending hundreds of text messages to a junior state employee, including some inviting her to his home. Sniffen has not responded to requests for comment about allegations that three decades ago he had sex with an underage high school student when he was her mock trial coach. Berkowitz acknowledged “unacceptable personal conduct” after a TV news reporter disclosed that he had sent her nude selfies.

In an email Monday, Teuber denied the allegations, saying he had a “completely consensual personal relationship.” In a separate email, Teuber said that Evans often initiated the sexual encounters between them. Evans, in turn, says that Teuber is the one who insisted their sexual relationship continue even after she wanted it to stop.

Teuber wrote that he couldn’t respond to some specific allegations about ANTHC, its employees or its practices because of strict confidentiality provisions he agreed to as part of his former position.

“I have never, and would never, engage in a non-consensual or ‘quid pro quo’ personal relationship with anyone,” he wrote. “The allegations of wrongdoing that I have been made aware of are false, and these allegations and their timing appear designed to portray me unjustly and falsely; to damage my personal and family relationships; but especially to sabotage my recent engagement and new marriage; and to undermine my professional prospects.”

Evans and her attorney, Jana Weltzin, said they were not aware that Teuber was engaged or had gotten married.

ANTHC spokesperson Shirley Young said Monday that the tribal health organisation is conducting an “independent outside” investigation, but that the organisation could not comment on specific allegations, citing personnel confidentiality rules.

Teuber was not Evans’ direct supervisor even though she was his direct assistant, Weltzin said. Young said she could not comment on whether Teuber disclosed any kind of relationship with Evans, as would be required by the rule, citing personnel confidentiality rules.

Rebecca G. Pontikes, a Boston attorney who specialises in representing workers in gender-based employment discrimination and sexual harassment cases, said some companies go further and ban sexual relationships between supervisors and subordinates. Such relationships, if they aren’t consensual, would amount to sexual harassment, which is illegal in the workplace under federal employment law prohibiting discrimination on the basis of sex, she said.

Teuber wrote that he would participate in the investigation and planned to offer “evidence refuting the allegations of wrongdoing made against me.” Evans said she possesses a “massive” number of text messages and one or more recordings that substantiate her claims. Teuber said he would forward video files and a “volume of exchanges” to the news organisations, but he had not done so as of Tuesday afternoon. Evans and her attorney declined to provide a copy of an audio recording that had been provided to board members, and did not respond to requests to see the text messages.

For more than a decade, Teuber was the president of the Alaska Native Tribal Health Consortium and one of the most powerful executives in Alaska.

ANTHC is “the largest, most comprehensive Tribal health organisation in the United States,” according to its website, and it has a far-reaching impact in Alaska: The organisation co-owns and manages the Alaska Native Medical Center, a major trauma hospital in Anchorage, as well as providing health services to more than 170,000 Alaska Native people and communities across the state.

The organisation has more than 3,000 employees, making it one of the largest health employers in Alaska.

Teuber was paid a salary of more than $1 million per year to oversee ANTHC, at the same time serving as chief executive of the Kodiak Area Native Association, a regional tribal health provider. He served on other powerful boards, including the Alaska Federation of Natives, and he was a member of the University of Alaska Board of Regents. He resigned both of those roles last week as well.

Alaska has the highest rate of sexual assault in the United States, particularly among Alaska Native women.

Soon after she started work as Teuber’s special assistant in October 2019, Evans said she received a request for an “inappropriate photo” while on a work trip to Kodiak with Teuber, which she refused to provide. Their sexual relationship began the same month, according to the resignation letter. Within a month or two, Evans said she told Teuber she did not want to continue having sex with him, she said in an interview.

“After she made her interest plainly known, we did engage in intimate relations, which were always willing, voluntary and consensual, and often initiated by Ms. Evans,” Teuber wrote in an email.

The two continued to have sex. Evans said she was required to bring paperwork to Teuber’s home office.

“[On] my first trip to deliver papers for his signature, he pushed me into the downstairs front bedroom for sex and told me that, ‘You always listen better after I fuck you,’” she wrote to the board members.

“You may wonder if this relationship was consensual,” she wrote. “It is not, if the person controls your employment.”

In one instance, Evans wrote that “[Teuber] wouldn’t get off of me to let me leave.”

Teuber denied that any sexual encounter between the two was not consensual.

Another time, Teuber and the woman had a sexual encounter inside the ANTHC boardroom executive suite, she wrote.

“This is another degrading, dehumanising example of the requirement to keep my job,” she wrote. “Any time I tried to ignore his calls or texts during my personal non-work private time, he would swear at me, demand responses, and threaten me by referring to my job and stating that I have it because of him.”

Teuber responded: “I did at times express myself strongly to Ms. Evans, but all such expressions were job performance related.”

Teuber said in an email that he resigned “a few minutes” after he learned of the allegations against him. He did not answer questions about why he resigned.

“I am a single mother of a 4-year-old daughter. I am an Athabascan from the Koyukon Region,” Evans wrote to the 15-member ANTHC board. She said she appreciated the opportunity to work for the organisation and acknowledged that her complaint about Teuber’s behaviour would normally be sent to a human resources department, not the board of directors.

In her resignation letter, Evans said that ANTHC has tolerated and enabled similar abuse in the past.

Teuber wrote that he was not aware of any prior allegations against him.

ANTHC did not respond to questions about any past reports of abuse. In a written statement Monday, incoming chairperson Bernice Kaigelak said the organisation “will not tolerate harassment of any kind.”

“As the new chair, I am committed to a harassment-free workplace,” Kaigelak said. “This is particularly important given the rate of sexual harassment or abuse of Alaska Native women. All complaints of harassment will be investigated, and prompt action will be taken when issues are identified, regardless about whom they are directed.” 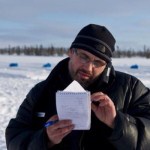 Kyle Hopkins is a reporter at the Anchorage Daily News. 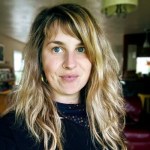 Michelle Theriault Boots is a reporter at the Anchorage Daily News.