In a year characterised by almost constant change, few would argue that COVID-19 hasn’t impacted how we live, work and study. In the public sector, where demand for public services continued unabated and many employees could transition to working from home, the effects were still felt widely.

On almost every front, women have been disproportionately impacted by the pandemic.

More women than men have lost their jobs or had their working hours drastically reduced because of COVID-19, and this has had significant consequences for their pay and economic security. Research by the McKell Institute found that the rate of job loss for Victorian women was almost five times that for men.

The over-representation of women in frontline, essential work has also left them more exposed. Women account for nearly four in five workers in healthcare and social assistance across Australia — people who have been playing an essential role in supporting the community through this period and who have experienced the greatest exposure to the virus.

Outside of their working lives, women have felt the impact too — women shouldered a disproportionate burden of increased unpaid caring responsibilities due to, among other things, the closure of schools and childcare, ill health or the inability to afford care following the loss of paid work.

Flexible work and the gendered impacts of the pandemic

To better understand the gendered impacts of the pandemic, the Victorian Equal Opportunity and Human Rights Commission (VEOHRC) recently surveyed 1500 Victorians about their experiences with flexible work over the last 12 months.

Flexible work is not just a women’s issue — but it’s a powerful tool for advancing gender equality, supporting women’s workforce participation and normalising the sharing of parenting and caring responsibilities. It allows every worker — regardless of gender — to make a meaningful contribution at work and at home.

Flexible work has been a common feature of Victorians’ working lives during the pandemic, with 77% of women and 72% of men working flexibly. What we observed, however, was the people in casual roles (57%) and part-time roles (57%) were much less likely to be working flexibly compared to full-time workers (77%).

The pandemic had exacerbated the entrenched inequality experienced by women

Women’s pay and economic security was severely affected over the last 12 months. While more men than women reported a pay reduction during the pandemic (29% of men compared to 22% of women), the women who did lose income lost much more — their pay was cut by 46% on average, compared to 30% for men. And the rates were even higher for those not working full-time — part-timers lost an average of 39% and casuals lost an average of 65%.

Working women took on the bulk of parenting and caring roles, regardless of whether they worked full-time or part-time, or whether they had a partner who was working from home. In the VEOHRC survey, women were more likely than men to spend more time looking after their children during the pandemic (54%, compared to 47% of men), while 72% of men reported that their (usually female) partner spent more time with the children than before.

Reflecting on the availability of free childcare, women were also more likely than men to say that free childcare had a ‘very positive’ impact on their work performance during COVID-19 (58%, compared to 48% of men).

In many workplaces — particularly those that hang onto outdated gender stereotypes — access to flexible work is still constrained by deeply entrenched attitudes about parenting and caring roles being women’s responsibility.

Men were more likely to have a flexible work request refused (18%, compared to 14% of women). And men were also less likely to think flexible work was available to them — about 30% of men thought it would not be possible in their role, compared to 18% of women. Almost a quarter of the men said they wouldn’t request flexible work because they were worried it would affect their job security.

Throughout the pandemic, women reported much higher negative impacts (in almost every category) from trying to balance their caring responsibilities with their working lives.

Women are already over-represented in insecure work, and the need to balance work and unpaid carer responsibilities meant that women were having to negotiate greater flexibility from their employers.

With low case numbers and a vaccine on the way, it feels like we are well on the way to ‘COVID-normal’ in Victoria and across Australia. What lies before us is a rare opportunity — to not just rebuild the workplaces and ways of working we relied on before, but to be brave, bold and inventive in addressing the structural gendered inequalities that have brought us to this point.

What comes through clearly in the VEOHRC survey results is how keen workers are to make flexible and hybrid arrangements part of their working lives. In total, 85% of people said their work experiences during the pandemic had given them more interest in requesting flexible work in the future — and 40% said they felt more confident to do so.

Flexible working is not only good for employee and employer, but benefits an employee’s family and immediate community, so the ripple effect on equality in our society has the potential to be significant.

What’s also important to consider is how broad flexible work arrangements can be. While part-time and casual arrangements are certainly important, there are other options, too — earlier or later start and finish times, compressed working weeks, job share arrangements, choosing different work locations, and transitioning more flexibly to retirement.

While flexible work arrangements can be formal and ongoing, employers and employees may also negotiate ad-hoc, informal or short-term arrangements, depending on the employee’s circumstances and the organisation’s needs.

For Victoria’s public service employees – more than 50,000 Victorians — a new flexible work policy is currently being developed. It enshrines the principle that flexibility is available to all employees, regardless of why they need it — whether for parenting or caring, further study, volunteering commitments, or to maintain health and wellbeing.

The new flexible work policy is designed to normalise flexible work in Victorian public service workplaces. It obliges managers to make flexible work arrangements work for each team, employee and workplace, noting that not all types of flexibility will work for all roles.

There is no doubt that working to address gender equality is one of the big challenges that lies ahead for Victoria’s public service — but with the Victorian Gender Equality Act now in place, along with the forthcoming revised flexible work policy, we are poised to see real progress that will dramatically transform Victorians’ working lives for the better.

Your organisation is probably more flexible than it thinks

Technology critical to the adoption of flexible working practices in government 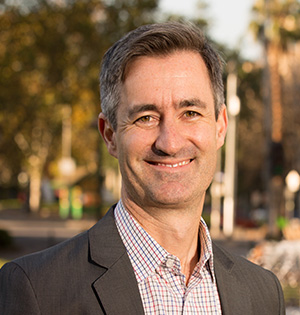 Adam Fennessy PSM is the Victorian Public Sector Commissioner. Adam has over 20 years of public sector experience at state and federal levels. 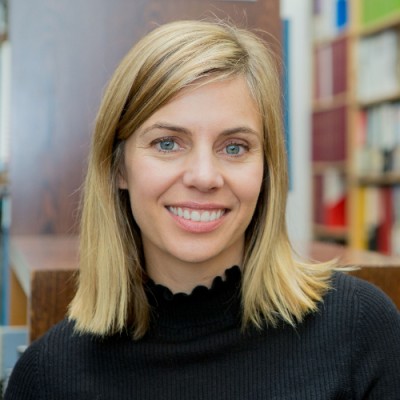 By Adam Fennessy and Kristen Hilton