Australia is a political system that looks democratic, but in which two major parties and a technocratic political elite govern without very much public input, points out Sam Roggeveen.

For a certain class of political observer, it is always Germany in the early 1930s, with a gullible public ready to drop our most cherished political traditions at a moment’s notice and fall into the arms of a charismatic populist.

In 2019, I wrote a short book in which I quoted Tim Soutphommasane, who said that the rise of hate politics in Australia could take us “into the realms of fascism”. Novelist Richard Flanagan warned after witnessing Brexit and Trump’s nationalism that “if we here in Australia do not reimagine ourselves, we will be undone too.” The January 6 raid on the Washington Capitol precipitated more worry about incipient right-wing authoritarianism, even though the alleged fascist leader had just been peacefully and democratically removed from office. See NY Times columnist Ross Douthat’s recent Substack piece putting these fears into perspective (while not succumbing to complacency or dismissiveness).

There’s a whiff of this same moral panic in a recent Senate committee report on Nationhood, National Identity and Democracy. I made a submission to the enquiry, appeared twice before the committee and am quoted several times in the report. I think the report’s recommendations show that our politicians have misunderstood what is going wrong with our democracy, and their role in it. Or maybe it is worse than that. There are elements of the report suggesting they do understand what is going wrong, yet the recommendations suggest they feel powerless to change it.

The give-away is that none of the recommendations would require politicians or political parties to give up any power, at least to the public. This in a 243-page report that claims, in the chair’s introduction, that its central concern is public trust. Doesn’t that strain credulity? Public trust in politics is at historic lows, yet it occurs to none of the senators on this committee to give the public more of a say in political decisions?

In fact, far from surrendering power, the recommendations would strengthen the grip of the political class by increasing public funding of election campaigns (thus removing any incentive for politicians and would-be politicians to build an actual social base in order to get elected) and establishing a federal ICAC.

Instead, the recommendations are an implicit critique of the public’s ignorance and gullibility.

Of the 18 recommendations, nine call for new forms of public and school education about civics, citizenship, Australian history and our ‘shared values’.

Recommendation 9 calls for a national strategy to tackle fake news, to be facilitated by the Department of Prime Minister and Cabinet. Committee chair, Senator Kim Carr, sums up the mood in his introduction when he claims that public cynicism (which apparently originated with America’s war on terrorism) has been exploited by right-wing populists. Again, the subtext is that the public are gullible fools who need to be protected from would-be tyrants for their own good. It’s not surprising, therefore, that actually empowering the public is furthest from the senators’ minds.

And yet, there are sections of the report that hint at something different. This passage is particularly striking:

5.162 The logical conclusion is that politics is broken, not democracy. Or, more specifically, something is broken in the way we are conducting politics. The way politics functions is alienating to citizens; causing them to turn away from established political parties and mainstream political processes.

5.163 Citizens are not lazy, nor are they apathetic. Australians volunteer in high numbers and lend their support to their fellow Australians in tough times, such as during fires, floods and emergencies. We get involved in civic organisations; Rotary, the Red Cross, GetUp, or the Australian Christian Lobby. We lend our support to online petitions, make donations to charities and campaigns, community donation drives, and volunteer for our local schools, religious organisations and clubs.

5.164 Elected representatives cannot afford to disregard the many ways Australians are engaging. Governments must find new channels and new ways of communicating that really speak to citizens. We must find a way to reach out and meet citizens where they are, or risk being stuck in an echo chamber, which is where citizens are telling us we are now.

5.165 Critically, we must listen and respond. Whether through deliberative exercises, or other forms of consultation, governments must seek input from citizens, and meaningfully engage with that input.

Bang on. Voters are not lazy or stupid, and they are no less interested in political issues than they have ever been. The fragile state of our democracy hasn’t come about because the public is poorly educated or has been seduced by online conspiracy theories. It happened because of the void between the political class and the public. Other than at election time, voters are basically spectators, not participants.

The only punch pulled in that long quote is at the beginning, where it says “something is broken in the way we are conducting politics”. We actually know what that ‘something’ is – it has been called ‘hollowing out’, and it is common to every Western democracy, where major parties have ceased to be mass-membership organisations and politics has become professionalised, breaking the connection to voters. The phenomenon has been well documented by Peter Mair in Ruling the Void (focused on Europe and the UK), and in Theda Skocpol’s Diminished Democracy (focused on the US).

Why ‘hollowing out’? Because in the mid-to-late 20th century, the public began a long retreat away from major political parties, which all lost members and voters. In response, the parties staged a retreat of their own – they re-engineered politics so that they wouldn’t really need members. When you can rely on funding from large donors and the taxpayer, and when you transform yourself into a catch-all centrist party instead of one that serves a specific constituency (such as unionised labour or the private sector), then a large and vocal membership becomes an encumbrance, not an asset. The public is then so far removed from politics that it ceases to pay attention, except briefly when they vote.

In any case, there is less for the public to scrutinise, since the business of government is increasingly devolved to regulators and experts. As Henry Ergas told the committee, Australia has a tendency for…

…‘delegating contentious decisions about value to quasi-judicial bodies’ outside of the legislature that are not ‘directly accountable to the legislature’, such as the Productivity Commission, Reserve Bank, and the Australian Competition and Consumer Commission (ACCC). While these independent bodies reduce the decision-making burden on politicians, and diffuse political contention, Mr Ergas suggested they may also ‘impoverish’ and ‘infantilise’ politics by removing the responsibility for making important and complex decisions from politicians, and giving it to ‘experts’.

What we are left with is a political system that looks democratic but in which two major parties and a technocratic political elite governs without very much public input. It works fine if the elite is performing well, and for the most part, Australia’s political class has performed well. But what happens when the public decides its political elite is failing?

Brexit, Trump and the rise of populist parties in Europe give us a sense of what the answer might be. But the political class has chosen to interpret these electoral convulsions in the most convenient way — it is not they who are at fault, but a gullible public which has been seduced by populist ideas. That’s why, as the Senate report recommends, they need to be better educated.

The Senators who wrote this report fear that Australians place too little value on democracy. What they have failed to consider is that the public might not value them.

Donations for influence at the heart of Australian politics 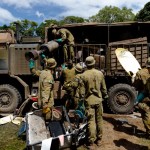 Not army’s job to always be responding to domestic emergency 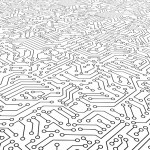 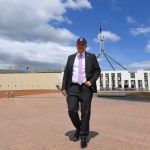 Critical thinking required in the face of political chaos 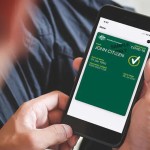 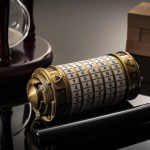 Australia does well in crises, but we need better approaches to slow-moving problems, says Lisa Paul 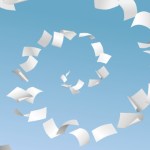