Our latest research into the experiences of Victorian local government councillors sheds light on the question of workplace culture in grassroots political jurisdictions. And it paints a similarly horrific picture of gender abuse and harassment as seen at the federal level.

While local government generally garners less media attention, and exercises less political power than other tiers of government, it is an important sphere for female political participation. It is also a critical entry point for women starting a political career.

As a record number of women were elected at the October 2020 Victorian council elections – bringing representation to 43.8% (273 women) – one could be forgiven for thinking their workplace culture is less toxic for female politicians.

Our research finds this assumption to be fanciful.

Our first survey of 728 local government candidates found women with previous council experience reported more frequent negative experiences on the job than men. About one in four women (23%) compared to only 3% of men had “very often” experienced negative behaviours that affected them personally. Amazingly, some of these women, despite their experiences of abuse, were still prepared to run again for council.

What is unknown is how many councillors decided not to recontest the election because of gender-related abuse. In partnership with the Victorian Local Governance Association (VLGA,) we are investigating this question as part of a four-year Australian Research Council-funded project.

What we do know from our elected councillors’ responses is that women were more likely than men to identify other councillors as being behind these negative workplace experiences. They reported being met with hostile attitudes, sexist comments and bullying by male counterparts.

Women councillors said these negative experiences had taken an emotional and mental toll on them. This in turn was made worse by their observation – much like their federal counterparts – that internal complaints processes do not deal adequately with abusers.

In our follow-up survey after the election (in December 2020) of 235 (out of 623) newly elected Victorian councillors (110 men and 125 women), just under half of the surveyed elected women (44%, compared to 23% of men) reported experiencing repeated condescending behaviours during the campaign.

A range of people, including other candidates, constituents and local journalists, made the comments.

The findings highlight a terrible start for many women in their roles as elected public representatives. Our further studies will seek to understand if these experiences are linked to female attrition in politics.

Early signs suggest a connection. For example, one female councillor described how such hostility discouraged her from participating in politics. She said:

This is probably the biggest challenge I face – having to deal with the bullying and harassment, which is pretty constant and felt particularly extreme this time under lockdown. I think it also puts off other women from running.

People say, ‘it goes with the territory’, ‘you have to have a thick skin’, ‘rise above it’ […] really? Why is behaviour that would see someone disciplined or fired in any other workplace excused in politics?

Our research suggests the prominence of gender-based adverse experiences for women interested in representing their communities is having a “chilling effect” on women running for council. This has serious consequences for achieving gender parity in local government.

Until this problem is addressed, the Victorian government’s commendable target of achieving equal representation in local government by 2025 is unlikely to be met. 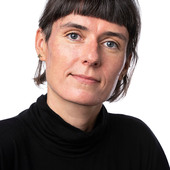 Gosia Mikolajczak is a research fellow, School of Social and Political Sciences, The University of Melbourne. 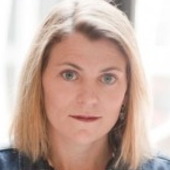 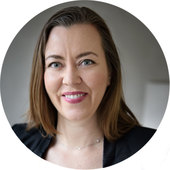 Leah Ruppanner is an associate professor in Sociology and Co-Director of The Policy Lab, The University of Melbourne.