U.S. President Joe Biden wants the United States to take back up the mantle of global climate leadership. But that won’t be fully possible until his administration prioritises critical partners: African nations. Africa’s urban centres are swelling, threatening more emissions, and half of the global population growth over the next two decades is expected to occur in the continent. It must be a global priority to strike a balance between this ongoing development and its climate impact. And with Washington’s help, the sustainability strides made in Africa over the next decade can serve as models for countries worldwide.

The Biden administration has an incredible opportunity to both cement its status as a leader on climate change and promote expansive green development across Africa. The United States can support its African partners by mobilising U.S. development capital for local funds and prioritising investments that help African economies become more resilient against climate change. In doing so, Washington must be careful not to charge into the continent on its own but to take a multilateral approach and engage with African governments, especially the larger economies of Nigeria, South Africa, Kenya, and Ivory Coast, to combat one of the greatest challenges facing the continent today. Each of these countries is a key anchor for the sub-regions of West, East, and southern Africa: Nigeria, for instance, will drive Africa’s population growth over the next several decades, and South Africa has the continent’s largest carbon emission footprint and a long history of fossil fuel dependency.

All countries must strike a balance between economic growth and increased emissions as they make commitments to fight climate change and reduce emissions in global agreements such as the Paris climate accord. Even in the United States, there is continued public debate over whether policy initiatives such as the Green New Deal will hurt GDP. Yet the question of sustainability versus growth is even more pressing in Africa, where countries need economic growth to lift millions out of poverty. Africa has the lowest per capita carbon emissions globally, and the average American, for instance, emits 23 times more carbon than the average Nigerian. Even so, sub-Saharan African GDP is projected to grow by an average of 4% a year over the next four years, which will inevitably create more emissions. Ethically, Western policymakers cannot ask these countries to slow economic growth. However, the global community can work together to ensure Africa grows its economy with low-carbon infrastructure.

For example, in order to generate the economic growth they need, African countries must improve electricity access, enable power industrialisation, and support rapid urbanisation. Nigeria’s power system is plagued by blackouts caused by high fuel prices and insufficient distribution infrastructure. Ivory Coast is promoting projects to expand its economy beyond agricultural production. These changes can coexist with a low-carbon future, but it will require hard work, since these sectors in particular contribute greatly to carbon emissions. The continent will have to embrace technology and turn to smart, efficient, and cleaner industrialisation, urbanisation, and electrification.

“Countries and projects that have chosen this hybrid path of gas and renewables over cheap coal moving forward should be rewarded by policymakers and private investors with capital, access to markets, and favourable government policies.”

Africa’s natural resources will be key to this green development. For example, countries like Nigeria — which is home to the ninth-largest natural gas reserves in the world and has a high level of annual solar irradiation — have excellent potential for both solar energy and natural gas-generated power. A hybrid grid using natural gas and renewables can significantly reduce the carbon emissions of the power sector, especially in Africa, where coal currently accounts for 35% of generation capacity. Countries and projects that have chosen this hybrid path of gas and renewables over cheap coal moving forward should be rewarded by policymakers and private investors with capital, access to markets, and favourable government policies.

Powering the industrialisation of Africa presents a multibillion-dollar investment opportunity for private and public investors alike. The new ‘double bottom line’ for businesses and investors must be economic growth and climate impact. But energy investments alone won’t be enough to address climate change in Africa. They will be important to mitigate the harmful effects of climate change in the future, of course, but communities across the continent also need immediate solutions to issues of drought, water scarcity, and flooding that are driving mass migration, food insecurity, and conflict. To address these issues, investors will have to expand their definitions of climate-conscious investment projects beyond just renewable energy. Projects that strengthen agricultural supply chains, for example, can help both rural and urban communities.

As climate-related disasters show, there are two key parts to fighting climate change: mitigation, or reducing or eliminating emissions, and adaptation, or building resilience to the effects of climate change. The latter is an often-overlooked part of green growth, and it includes considering the long-term effects of infrastructure projects, promoting sustainable urbanisation, and reinforcing food security. For instance, road infrastructure projects must take climate change into account when calculating lifetime project costs. Sea walls are another overlooked yet critical infrastructure need for protecting growing coastal cities from rising sea levels.

Ultimately, expanding policy and investment priorities in Africa to include climate change adaptation — rather than just mitigation — will result in more holistic solutions that enable sustainable growth. In the words of Rwandan President Paul Kagame, “We are not making a choice between environment and prosperity; but we are rather looking at how we combine both.” A ‘just’ transition to a low-carbon economy requires investors and governments to consider the broader impacts that projects will have on the livelihoods of millions.

The Biden administration now has the chance to support its African partners as they craft and execute far-ranging development policies that promote growth and a low-carbon future. Washington’s tools to accomplish this include the U.S. International Development Finance Corporation, the Millennium Challenge Corporation, the U.S. Trade and Development Agency, and other government agencies. Since becoming operational in December 2019, the DFC has approved more than $2 billion in funding for African programs including environmental and energy projects in the region. For example, it has provided $50 million in debt financing to a fund developing 140 megawatts worth of solar projects in Senegal. Meanwhile, the Millennium Challenge Corporation has committed more than $2.5 billion to energy projects with Power Africa, the flagship U.S. Agency for International Development program that has supported more 11,000 megawatts of project development in countries including Burkina Faso, Liberia, Tanzania, and Malawi. If Washington widens the definition of what investments fall under “climate” investments beyond just renewable energy projects, it can mobilise more capital to projects critical to both mitigating and adapting to climate change through co-investment programs, direct grants, and local funds.

In addition, if U.S. development finance institutions issue new calls for funds to support green energy, cleaner industrialisation, and smart urbanisation, that will have the knock-on effect of spurring African funds, such as the African Development Bank’s Climate Change Fund, to also mobilise capital from an array of financial partners, including local, international, and sovereign funding.

Meanwhile, Biden must take care to build a working relationship with the African Union as his administration seeks to influence and cooperate on global climate policy. The African Union is finalising its African Climate Change Strategy, which seeks to coordinate a system for policy alignment across the continent. If the United States were to directly engage with the African Union on this project and contribute to policy development, it would both strengthen the new climate strategy and encourage member states to implement their own climate policies.

Thankfully, the Biden administration’s focus on climate change and embrace of multilateralism come at a critical time for the African continent. Washington has a lot to offer if it leverages its funding and expertise in the sectors it’s most competitive in, which include technology, financial services, renewables, energy efficiency, and energy storage. By mobilising various agencies to expand the scope of their climate investments, supporting African funds, and working together with African partners, the United States can help to shape the sustainable development of African countries and re-establish its position as a global climate leader in partnership with one of the world’s fastest-growing regions.

China’s ‘mask diplomacy’ wins influence across Africa, during and after the pandemic

This story is reprinted with permission from Foreign Policy

Tariye Gbadegesin is a contributor to Foreign Policy and the managing director and chief investment officer at ARM-Harith, a leading infrastructure fund focused on projects in West Africa. 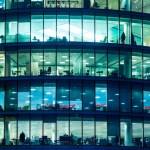 How government can work better with the private sector: clarity is key — and work on your own skills 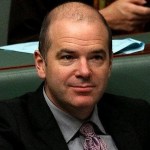 Understand the context and motivations behind the minister’s request, recommends Gillard CoS Ben Hubbard — and don’t be an ‘adviser denier’ 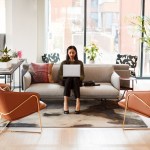 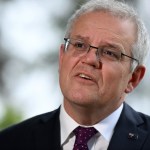 Matters of transparency: freedom of information and the national cabinet 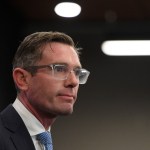