Politics in Samoa is on a knife edge. After the country voted in general elections on April 9, counting so far has resulted in a dead heat between the two major parties.

This is a stunning and unexpected electoral rebuke of the ruling party, the Human Rights Protection Party (HRPP), which has dominated Samoa for four decades.

What are the results so far?

Coming into the election, HRPP held 47 of the 51 seats and Prime Minister Tuilaepa Sailele Malielegaoi predicted his party would win 42 of the 51 seats. It only won 25.

Tuala has indicated he favours change. But Tuilaepa – a formidable and longstanding leader of 23 years — has not yet conceded defeat. Meanwhile, recounts and potential challenges to results will also slow a final outcome.

It is the closest election for Samoa in over 3 decades, with HRPP and FAST tied at 25 each. One Independent, Tuala Tevaga Iosefo Ponifasio will decide the new government – depending on where Tuala decides to move. Major changes are to come! #samoaelections2021 #PalotaSamoa2021 pic.twitter.com/Sea0v5saeW

Why did Samoa get this result?

The Samoan public was becoming increasingly dissatisfied with its government. This situation then quickly deteriorated when three controversial bills were passed last year, thanks to the government’s huge majority. These bills fundamentally altered the operations of the Lands and Titles Court, giving it additional powers over the bestowal of lands and titles within families and villages.

undermine judicial independence and the rule of law, with significant implications for human rights.

In protest, Fiame – who had been Tuilaepa’s right-hand person — resigned as deputy prime minister in late 2020. In March, she joined FAST as its new leader.

Support for HRPP was also damaged by claims the government badly mishandled the 2019 measles epidemic.

On top of this, despite having no active COVID-19 cases in Samoa, the country is still under state of emergency restrictions. So there are increasing frustrations over continued border closures, which are straining the economy and preventing family reunifications.

But even with all these indications the government was out of favour, few predicted the weekend’s result.

Where did FAST come from?

Fiame’s move to FAST and appointment as leader was both politically astute and perfectly timed.

Fiame would give FAST what they needed to ultimately unseat the HRPP from its 40-year hold over Samoa’s governing systems. Her value was, and is, twofold. First, her chiefly and political lineage gives her significant domestic appeal. Second, her already established profile and experience on the world stage is invaluable should FAST become Samoa’s next ruling party.

FAST was formed in July 2020 in reaction to the three bills. It began employing savvy tactics, attracting notable candidates and carrying out extensive social media outreach.

Through social media, FAST was able to reach across Samoa and beyond, connecting particularly with the substantial Samoan communities in Aotearoa New Zealand, Australia and the United States (many of whom donated significant amounts of money and time towards its election campaign). Due to the border closures, the large numbers of eligible voters residing outside Samoa could not return, as required, to cast ballots.

Extraordinary election result in Samoa. A tie! 25 – 25 with a sole independent set to be king-maker.

HRRP has been in power for 4 decades, and before this election FAST did not exist.https://t.co/Z1pDmcv2n7

FAST’s success can be attributed to the combined leadership of Fiame and deputy leader La’auli Polataivao Leuatea Schmidt and their ability to capitalise on HRPP’s clear underestimation of the national mood, both against the three bills and for appropriate access to clear and robust policy information.

HRPP, on the other hand, relied heavily on its “business as usual” approach. The party’s underestimation of both the mood – and FAST — has cost it dearly.

What does this mean for Samoa?

For Samoans, the election outcome is less about launching an attack against the prime minister and HRPP, and more about making an unequivocal point about Samoa’s commitment to protecting its two core “independence institutions”. These are the Samoan aiga (family) and the Samoan rule of law.

In voting for a non-HRPP majority, Samoa’s voters have signalled loud and clear they are prepared to step up to protect their “faasinomaga”, or their Samoan values, identity and heritage.

If the post-election negotiations go FAST’s way, Fiame is poised to be Samoa’s next prime minister. Although she would be the first woman in the position, pre-colonial Samoa has a strong tradition of national female leaders.

A transformed political landscape energised by new leadership promises renewed approaches to the many challenges facing the nation, including climate change and economic development.

Samoa has a rich history as a pioneer of political independence in the Pacific. It’s protest movements against colonial ruler Germany and New Zealand eventually led to Samoa becoming the first independent nation in the region in 1962.

With this election, Samoa resumes its place as one of the Pacific’s most innovative homes for Indigenous self-determination and democracy.

Despite its Pacific ‘step-up’, Australia is still not listening to the region, new research shows 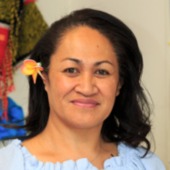 Tamasailau Suaalii Sauni is an associate professor in Criminology Program, University of Auckland. 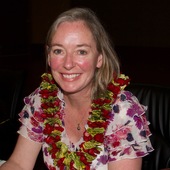 Patricia A. O'Brien is an historian, visiting fellow in the School of History, Australian National University and adjunct professor in the Asian Studies Program, Georgetown University.