A middle-aged white man raises his sword to the skies and roars to the gods. The results of his genetic ancestry test have just arrived in his suburban mailbox. His eyes fill with tears as he learns that he is “0.012% Viking”. These are the scenes from a video advertisement for the TV-series Vikings.

This man is certainly not the only one yearning for a genetic test to confirm his Viking ancestry. A plethora of companies around the world market DNA-tests that promise to provide scientific facts about your identity. These companies often claim to provide a complete view of your ancestry, even though they in reality only compare your DNA with other customers in their database.

According to recent estimates, over 26 million people from across the world have purchased a genetic ancestry test. In the wake of this hype, researchers have begun to investigate how the tests affect our perceptions of ourselves. How do people make sense of a test result stating that they are, for instance, “35% Ashkenazi Jewish”, “27% British” or “4% western Asian”?

Some researchers have concluded that such tests make customers believe that humanity can be divided into biological races, and that customers see the tests as a way of discovering their “true” identities. Other researchers have argued that people use their test results selectively, “picking and choosing” the genetic data they find compatible with their personal desires and aspirations. From this perspective, taking a genetic ancestry test involves some level of creative interpretation.

What it means to have “Viking DNA”

In our new study, we carried out interviews with people from the US, the UK and Sweden who had purchased genetic ancestry tests to see if they were related to Vikings. Since the test results did not include the term “Viking”, most of them pointed to the category “Scandinavia” in their ethnic charts as proof of having Viking ancestry.

Almost all of the people in our study saw their results as scientific confirmation of either “being related to Vikings” or of actually “being a Viking”. As a man from the US put it, the results “began to confirm or at least lay the basis for the person that I am.” In a similar way, a woman from Sweden said that her test allowed her to “know who I am and what my origins are”.

However, what the tests actually proved was based on creative interpretation. In this sense, several of our interviewees took images of “the Viking” fostered in popular culture and political propaganda, and used them to make sense of their own lives.

For example, people with experiences of violence and abuse used their “Viking genes” as explanation – describing Vikings as warriors and berserkers. “Knowing that I am descended from Vikings,” a man from the US said, “has made it clearer to me why there might be a genetic preponderance of violence and explosive anger in my family.”

In a similar way, interviewees who considered themselves to be restless described the Vikings as explorers and naval engineers. A woman from the US said, “I have to see new lands,” adding that it was due to “the Viking” in her.

It seems then that the use of genetic ancestry tests can facilitate a kind of “genetic determinism”, in which a person’s life is the natural result of their genome. From this perspective, humans appear to not have much control over their lives.

The impact of genetic ancestry tests is not just limited to people purchasing the tests. By activating concepts like “Viking”, “British” or “Jewish”, such tests also play into a wider politics of race and ethnicity.

Vikings have been used as a common sign for a demographic which has historically been affiliated to notions of whiteness and Nordic nationalism. While purporting to have Viking ancestry does not make a person a racist or a proponent of white supremacy, it should be remembered that the figure of the Viking, which served as a prominent symbol in European fascist movements during the 20th century, is far from innocuous.

By dividing people into racial or national categories, genetic ancestry tests might be used to trigger tensions between different groups. Even if a person’s “Viking DNA” only amounts to a small amount, it can still provide an allegedly scientific basis for racial division. In an era marked by increasing xenophobia and ethnic chauvinism, it is important to be aware of the interplay between genetics and ideas of race.

Anna Källén is an associate professor of Archaeology and Researcher in Heritage Studies, Stockholm University. 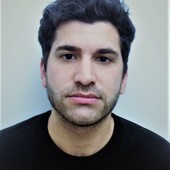 Daniel Strand is a Ph.D. in History of Ideas at Centre for Multidisciplinary Studies on Racism, Uppsala University.

By Anna Källén and Daniel Strand