What the fuss about the 101 Doll Squadron dancehall performers who appeared at the commissioning of an Australian naval ship can teach us about problematic attitudes towards women.

Inappropriate, wrong tone, ‘raised a few eyebrows’ and a ‘shit show’ — these are some of the ways that a short appearance from seven dancers performing at a community open day to mark the commissioning of the HMAS Supply this week has been characterised. Liberal backbencher Phillip Thompson called the ADF “too woke”, and argued it had lurched “too far to the left” as a result of the entertainment choice.

The public outcry is worthy of a deeper examination — because on one end of the spectrum sits a chorus of politicised fury, and on the other a silence from defence that neglects the interests of the community group it was trying to engage with. All of it — the furore and the silence — amounts to an unsatisfying sense that nobody wants to discuss the real problem.

A performer’s right not to be ‘slut-shamed’

According to the University of Sydney’s Professor Catharine Lumby, who has served as a workplace culture advisor to the National Rugby League, the attack on the 101 Doll Squadron comes down the tired trope that women are temptresses. It is a toxic idea that she says resulted in a skilled performance being branded as a sexualised form of work — slut-shaming.

“I’m horrified when I see young, athletic, excellent dancers being slut-shamed. They were doing a job that they were paid for and were very good at,” Professor Lumby told The Mandarin.

Dancehall music and its style of dance, which the troupe performed last Saturday, became popular in the late ‘70s and has its roots in Jamaican reggae. The 101 Doll Squadron troupe leader, who The Mandarin has chosen not to name, has been an Australian pioneer of dancehall music as a teacher, and a principal dancer of Afro Caribbean dance theatre. A cursory internet search reveals the extent of her recognition in the dancehall genre and international dance community more generally.

In part, what may have most confronted spectators at the Navy event and those following the story at home was the forthright and unabashedly confident physicality of a dance performance: a group of fit, attractive women striking a pose in their red and black costumes and channelling the more sensual forms of hip-hop energy.

Perhaps the dance was less offensive than it was challenging to a common world view of how women should behave. Possibly even threatening.

“We really have to ask ourselves why we make those cultural distinctions,” Professor Lumby says.

“Twerking is seen as lowly because it’s associated with African-American working class culture, and yet somehow if you’re twirling around in a tutu, you’re doing something legitimate.”

“It doesn’t occur to older white men maybe, but it is a dance style that is very popular and common. The idea that there’s something disgraceful about [this style of dancing] absolutely appals me,” she says.

Sexism is also a relevant issue at play, Professor Lumby says, drawing a comparison between the reaction to the dancing troupe and the general attitude towards cheerleaders. The cheerleaders Lumby has interviewed as part of her research see themselves as athletes and many are academic-achievers, but they often get unfairly cast as a symbol of the objectification of women in rugby.

Culturally, we all must start to challenge the idea of the temptress, she warns.

“Essentially, what women wear and how women dance is irrelevant and what it is about is a very ancient idea that women are temptresses and that they somehow tempt men, or that men can’t help themselves.”

“There’s a problem with sexual assault in rugby league (which, there is, clearly) but also right across society,” Professor Lumby adds.

“Often I would hear ‘Oh but cheerleaders send the wrong message’.

“Men make the decision to sexually assault women — they make that choice.”

Who cares about seven dancers from Woolloomooloo, anyway?

The Sydney-based 101 Doll Squadron dance troupe has been subject to both public ridicule and outrage over its Saturday performance, causing the dancers to deactivate their online social media accounts and take down their website. The group was also moved to issue a statement defending their participation in the community day, apologising for any offence caused and expressing concern for the reputation of the ship’s crew and captain.

A clipped statement issued by defence, and refusal to be drawn further on the topic, meant there was no such courtesy publicly extended to the seven women. There was no clarification about the partnership the Navy had engaged the troupe for, or the countless other occasions 101 Doll Squadron fronted to provide entertainment for its community-focused BBQ and sporting events. There was no expression of concern for the dancers’ dignity or safety. They were defenceless.

The lack of reciprocation is telling, Professor Lumby observes. The silence from defence and public pillorying of the dancers is also ironic given the ADF’s historical problem with sexual harassment and assault.

“How wonderful that [the dancers] care. People should be showing them the same duty of care,” she says.

The misleading video edit that played into our unconscious bias

The spectacle of the HMAS Supply’s commissioning was also fuelled by allegedly deft video-editing to juxtapose the dancers with an audience of uniform-clad top brass watching on in their ceremonial finery (Defence and the dance troupe have confirmed the performance was not part of the ship’s official commissioning and did not take place before dignitaries).

The ABC, who the troupe accused of ‘deceptively’ editing footage to imply they were putting on a show for senior-ranking officers and dignitaries, has now admitted the video should not have been presented this way. The national broadcaster also apologised to the “Governor-General and the Chief of Navy, and to viewers, for this error.”

Seen in its proper context, where the performance took place as part of a wider community-focused celebration hosted by defence, there is still something that feels ill-suited about a group of young, confident women strutting their stuff, and the sombre, mechanical business of commissioning a naval ship into active service. There are sure to be readers who agree with this view.

Here’s the thing — maybe we all have been conditioned to think that these things do not go together because one thing is more serious than the other. Maybe we all need to need to acknowledge that a change of attitude is inevitable and, like defence, get with the community program. Perhaps modern attitudes demand that we all wake up, shake-off some of our more traditional misconceptions, and take dance more seriously.

After all, as Professor Lumby points out, the women were paid to deliver a performance and they did so with gusto and skill.

“They were no doubt being paid for their talents and to portray them as young women, who have no say in what they do and how they perform is outrageous,” Professor Lumby says. 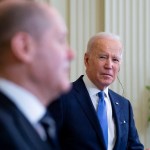 The gold medal for foreign policy goes to Germany 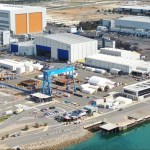 Not good strategic policy to build nuclear submarines in Adelaide 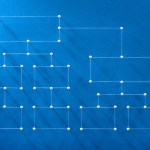 You can improve organisational reputation – it all starts with a plan 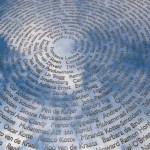 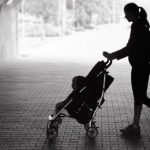 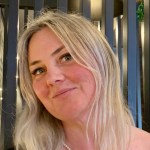