One of the constant challenges in the public sector is navigating the complexities of the overlaying political environment without being blown off course or forced into a chaotic, reactive operating stance.

Now, more than ever, the public sector is facing increasing government risk because government is remaining focussed on short term issues driven by the media cycle or caught in a constant response to COVID-19 pandemic issues. Public sector agencies must still seek to proactively deliver their core business and influence policy and regulatory outcomes, but they are at best unlikely to get the required attention or at worst will be seen to be driving an inappropriate agenda.

But these issues persist beyond the current environment because government, at both political and departmental levels, creates risk in several ways including as a regulator, policy setter, funding partner or driver of reform. Whilst public sector leaders often have an instinctive knowledge of the risk factors and how to manage them, they usually lack capacity or capability within their team to map and directly influence them.

This ‘government risk’ is usually, and unfortunately, often simplified to be seen and dealt with as ‘political risk’ and leads to a lack of understanding and management of the risks that arise from government.

While no one can anticipate every outcome of future government decisions, taking a systematic approach to understanding how and where changes within government could impact an organisation is not only possible – it is key to preparing the right information and strategy to respond.

For example, a new statutory authority in Victoria was established with a specific remit to address an imminent safety issue within buildings owned by the Victorian Government. Undertaking a comprehensive review of their risks against a dedicated methodology identified many barriers to success including a level of community concern about the program that could cause political stakeholders to lose their appetite for the program. In addition, the review uncovered potential lethargy from cross departmental stakeholders who did not have the same sense of urgency that  created a risk to successful delivery against the timelines. Having identified a range of risks, the authority was able to implement strategies to manage the threats to program delivery including actively building appetite within government organisations to be involved well ahead of the program rollout.

Government risk for public sector bodies can manifest in obvious issues such as a Cabinet reshuffle removing a key Ministerial sponsor for a reform agenda or less obvious issues such as regulatory moves in one part of government impacting on another agency’s operating environment or strategic agenda. The range of risks at play and the growing community awareness and politicisation of government activities mean public sector bodies cannot isolate themselves from political impacts in the interests of discharging their official duties.

This does not mean public servants should become political operatives or assume everything they do is ‘risky.’ But understanding those risks and planning to respond allows an organisation to cross a new frontier in managing risk with reduced complication and complexity.

Political Risk – The best understood but most poorly managed risk

Because of the constant tensions between the strict apolitical nature of the public sector, and its operation within a political environment, one of the best understood, but most poorly managed risk categories is political risk. As opposed to major geo-political risk factors, in this context it is focussed on matters of change and uncertainty such as electoral cycles, government stability and other localised political events.

Regulatory risk describes where a change in policy creates new conditions on operations. For the public sector this is commonly seen as a royal commission disrupting processes and impacting broad swathes of related areas or change in national policy that impacts the operations or regulatory functions of state government bodies.

Operational risk considers any event, including government decision-making that can disrupt the normal flow of processes, or the organisations ‘baseline’ operations. A common and ongoing operational risk to most organisations, including those within public sector, is in the lack of clear future energy policy settings, which manifest in costly energy pricing and future pricing uncertainty.

Reputation Risk – The ability to be trusted and supported

The public and government perception of the reliability and trustworthiness directly impacts the ability to proactively influence policy and regulatory issues. Those organisations that can demonstrate public support for successfully delivered programs will be front of mind for continued project delivery and be more likely to be involved in decisions that affect their future.

Compliance Risk –Where you have most control

The ability to deliver on key compliance criteria is the risk category most within the control of an organisation. Within the public sector, it most commonly occurs through breaches of codes of conduct, missed reporting requirements or more serious elements of failing to discharge legislative duties as a result of a change of personnel or lack of corporate knowledge or systems to manage basic functions.

Opportunity Risk – The one that got away

Opportunity risk occurs when an organisation doesn’t know how to prosecute a proactive policy or stakeholder engagement agenda and as such cannot be at the forefront to provide leadership and advice in relevant areas of policy or service delivery. This could be in providing modelling to support future policy settings or to translate operational complexities that would influence decisions around partnership or funding structures. The first three of these broad categories (Political, Regulatory and Operational) consider external risks, where government decisions impact on an organisation (including other government bodies), and the second three (Reputation, Compliance and Opportunity) consider internal risks, where the actions of an organisation change their relationship with government. A range of indicators exist within each category, but by their nature they do not lend themselves to be easily defined or weighted under a traditional risk register approach. Appreciating the government risk dynamics in play and how to mitigate those risks is key to preparing for and managing a range of possible future issues and effectively integrating them into strategic planning, risk management and other functions.

GovernmentRisk360® is a systematic and independent methodology to assess an agency’s risk exposure, highlight potential areas of concern and support mitigation through a variety of approaches. Despite the strict and appropriate apolitical nature of the public sector, when you work in an inherently political environment, it pays to prepare your people for all eventualities. The Risk Review tool has been used by public sector organisations to outline a range of identified indicators for specific projects or for an organisation to manage them into the future. 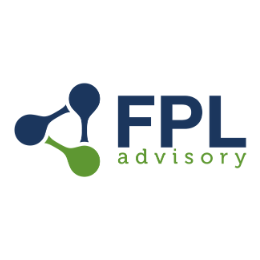 FPL Advisory is a team of specialists resolving risks and creating opportunities with respect to government. We work with public sector and corporate clients to execute strategies for owning and managing change. We help organisations in uncertain or changing environments identify strategic goals and potential risks, and undertake analysis to develop robust policy positions. We also assist in engaging with key stakeholders including government decision makers, communicating policy positions and securing project and policy outcomes. As trusted advisors, we work closely with the senior level of organisations to deeply understand the issues, provide subject matter expertise and advice and to both lead and support reform programs. Our expert team has an intuitive understanding of both private and public sector processes and priorities, and a reputation for working with the right people to get things done on time, within budget and with integrity. Our experience includes project managing complex policy initiatives, delivering and leading long term stakeholder engagement programs, providing advice on emerging issues and preparing detailed policy submissions. Importantly, we invest in building deep corporate knowledge about client dynamics and issues which ensures we provide proactive and value-added advice and client support and develop long term client relationships.