Drought over the last two decades has dealt a heavy blow to the wheatbelt of Western Australia, the country’s most productive grain-growing region. Since 2000, winter rainfall has plummeted by almost 20% and shifted grain-growing areas towards the coast.

Our recent research, however, found these dry conditions are nothing out of the ordinary for the region.

In fact, after analysing rings in centuries-old tree trunks, we found the region has seen far worse “megadroughts” over the last 700 years. Australia’s instrumental climate records only cover the last 120 or so years (at best), which means these historic droughts may not have previously been known to science.

Our research also found the 20th century was the wettest of the last seven centuries in the wheatbelt. This is important, because it means scientists have likely been underestimating the actual risk of drought – and this will be exacerbated by climate change.

What we can learn from ancient trees

We estimate the risk of extreme climate events, such as droughts, cyclones and floods, based on what we know from instrumental climate records from weather stations. Extending climate records by hundreds or even thousands of years means scientists would be able to get a much better understanding of climate variability and the risk of extreme events.

Thankfully we can do just that in many parts of the world using proxy records — things like tree rings, corals, stalagmites and ice cores in Antarctica. These record evidence of past climate conditions as they grow.

For example, trees typically create a new layer of growth (“growth ring”) around their trunks, just beneath the bark, each year. The amount of growth generally depends on how much rain falls in the year. The more it rains, the more growth and the wider the ring.

We used growth rings of native cypress trees (Callitris columellaris) near a large salt lake at the eastern edge the wheatbelt region. These trees can live for up to 1,000 years, perhaps even longer.

We can examine the growth rings of living trees without cutting them down by carefully drilling a small hole into the trunk and extracting a column (“core”) of wood about the size of a drinking straw. By measuring the ring widths, we developed a timeline of tree growth and used this to work out how much rain fell in each year of a tree’s life.

This method allowed us to reconstruct the last 668 years of autumn-winter rainfall in the wheatbelt.

A history of megadroughts

One of the most pressing questions for the wheatbelt is whether the decline in autumn-winter rainfall observed in recent decades is unusual or extreme. Our extended record of rainfall lets us answer this question.

Yes, rainfall since 2000 was below the 668-year average — but it was not extremely low.

The last two decades may seem particularly bad because our expectations of rainfall in the wheatbelt are likely based on memories of higher rainfall. But this frequent wet weather has actually been the anomaly. Our tree rings revealed the 20th century was wetter than any other in the last 700 years, with 12% more rain in the autumn-winter seasons on average than the 19th century.

Before the 20th century, the wheatbelt saw five droughts that were longer and more severe than any we’ve experienced in living memory, or have recorded in instrumental records. This includes two dry periods in the late 18th and 19th centuries that persisted for more than 30 years, making them “megadroughts”.

While the most recent dry period has persisted for almost two decades so far, rainfall during this period is at least 10% higher than it was in the two historical megadroughts.

This suggests prolonged droughts are a natural and relatively common feature of the wheatbelt’s climate.

So how does human-caused climate change play into this?

It’s likely both natural climate variability and human-caused climate change contributed to the wheatbelt’s recent decline in rainfall. Unfortunately, it’s also likely their combined influence will lead to even less rainfall in the near future.

But currently, proxy climate records like tree rings aren’t generally used in drought risk models, as there aren’t many of them in the regions scientists want to research.

Improving risk estimates leads to better informed decisions around preparing for and managing the effects of droughts and future natural disasters.

Our findings are a confronting prospect for the future of farming in the wheatbelt.

Australian farmers have shown tremendous innovation in their ability to adapt in the face of drought, with many shifting from livestock to crops. This resilience will be critical as farmers face a drier, more difficult future.

What is a 1 in 100 year weather event? And why do they keep happening so often? 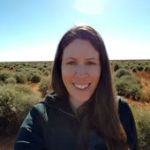 Alison O'Donnell is a research fellow in Dendroclimatology, The University of Western Australia. 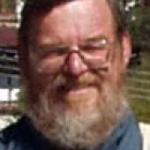 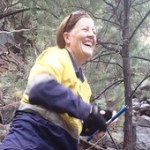