Refinitiv deals in data. Through the best data gathering technology we: source, curate, manage and update thousands of data sources.

If there’s one question every senior public servant uniformly dreads being asked when appearing at an oversight committee, it’s how they missed something later easily found in the lead-up to a major scandal or collapse.

Yet, for policymakers and those charged with making the key decisions, their experience of putting data to work is often burdened by technological legacy debt that in-turn creates drag and friction that slow responses, even when urgent.

Projects and system integrations to drag data out of the dark ages can take many months to scope, authorise, fund and stand-up – if you can find the skills.

And as the economy digitises at pace, getting the right data, in a form you can use quickly and effectively has become a pressing challenge for agencies now expected to work at the pace of commercial enterprises, but with fewer resources and greater constraints and accountabilities.

A business unit of the London Stock Exchange Group, Refinitiv now serves more than 40,000 government and corporate institutions in more than 190 countries and is arguably the data fusion backbone of modern compliance screening, ranging from sanctions and anti-slavery measures to changes in corporate ownership and leadership. Additionally, with the virtual office now a reality for many, access through a web browser – rather than a stand-alone terminal – for market data, news and content is essential.

In Australia, more than 15 federal government agencies currently use Refinitiv’s data and insights to enhance their intelligence capabilities and decision making.

We have been operating in Australia for more than three decades, and globally since 1851 providing news, critical financial intelligence and data to drive innovation and performance. Refinitiv mitigates risks in markets, supporting the work of central and frontline agencies responsible for oversight and regulation.

As the public sector looks to scale its own data and analytics capabilities, the ability to put a pipe into “the good oil” and draw from purpose-built databases, specialised data, registries and records is easier and more affordable than ever.

Public sector agencies and their leaders can now use powerful open-source news, finance and intelligence platforms that provide verification and decision confidence to the same standard already relied on by financial markets, insurers and underwriters.

The best and most robust information can be delivered in real-time, to stay on top of developments and trends, from global employment numbers, car sales or wheat yields.

Do you want to learn more about how Refinitiv’s platform can transform your agency’s data into insight and intelligence? Contact Phillip Malcolm – As Director of Government Sector, Phil works across Refinitiv’s business units to ensure government clients can get the best outcomes from the data they consume.

While the way in which intelligence is collected, harnessed and exploited often necessarily remains confidential, the results of actions fuelled by good information has very publicly been on display.

Consider the raft of criminal and civil stings recently aimed at money laundering, proceeds of crime and increasingly digitised scams and hacking for profit.

Or the recent regulatory move to assign company directors their own identity numbers and keep both the details of directors and their companies in the same location to weed out serial offenders who asset-strip companies before tanking them.

Or the increased national security focus on foreign investors potentially seeking to overtly or covertly control critical infrastructure and supply chains in Australia.

Whichever way you look at it, access to high quality data and the ability to put it into context quickly makes the difference for government agencies.

Diligence dividend: What you don’t know can hurt you

The necessary and nuanced use of regulation and law enforcement might be the most prominent application of access to rich data and analysis, but there’s plenty of activity below the waterline of government when it comes to managing agency risk.

No agency wants to be in the spotlight line for giving money to miscreants or bad actors.

Whether it’s the distribution of direct financial support in the form of grants and subsidies and spending measures, or the awarding of contracts for government work, tenders or major projects, knowing your customer, their suppliers, contacts and owners is an increasing expectation.

Where do agencies turn to when they need to determine ultimate beneficial ownership or look into potential sanctions breach or anti-money-laundering / counter terrorism finance (AML/CTF) risks?

How do government agencies uphold know-your-customer requirements to the same standards that regulators demand from industry, especially when dealing with foreign nationals?

When it comes to risk, increasingly the answer is plugging into Refinitiv’s data services, like World-Check One, that can quickly and accurately screen through multiple watch lists, sanctions, law enforcement, regulatory enforcement, political exposure, state-owned or invested lists and more.

Screening can be embedded as part of an automated workflow and produce immediate alerts on activity and changes as and when required.

Rising to the digital challenge

With most government services now largely mandated from the top to become both digitally enabled and digitally delivered, public sector agencies have a golden opportunity to finally automate many of their transactions and take advantage of machine learning and artificial intelligence.

For agencies that deal with revenue collection or distribution, this can open a window into predictive and scenario modelling that can optimise operational efficiency and service delivery – such as previously unseen factors that combine to produce service loads or demands.

Increasingly, government agencies are looking to use data modelling to calculate economic activity and compliance in sectors that have previously been opaque, especially those now under the gaze of the Black Economy Task Force that has turned its attention to a range of contracting industries.

It’s a logical and necessary step. But as any data scientist will attest, the quality of any AI or machine intelligence is entirely dependent on the quality of data it has to work with.

For government agencies looking to create data lakes, access to consistent models, pre-scrubbed repositories that use the same symbology and simple entry points that can easily integrate with cloud and API offerings can make the difference between clarity and fog when implanting a policy.

It can be as simple as linking known patterns of behaviour or identifying early signs of potential financial distress in sectors or geographic areas to better target assistance.

A crisis or scandal nipped in the bud thanks to better data might not make the headlines, but for the public sector and community at large, that may not be such a bad thing.

Our values, integrity and risk oversight

Refinitiv has a standing heritage in trust and compliance.

While compliance, privacy and integrity regimes are different around the world, operating in over 190 countries, we must comply with every top standard.

Our data management and compliance systems meet the requirements of every major economy and in particular US and Europeans regulatory standards, including the GDPR.  Trust is our social licence.

You can browse the data Refinitiv has and request more details on how to add this to your workflow here. 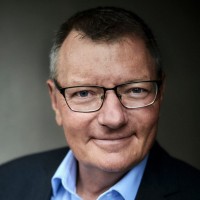 Phillip Malcolm is the Director of Government Sector (Pacific) at Refinitv, one of the world’s largest providers of financial markets data and infrastructure. As a senior business driver, Phil works across Refinitiv’s business units to ensure government clients get the best outcomes from the data they consume. He is a Certified Anti-Money Laundering Specialist (CAMS) with experience in a broad range of financial and compliance data sets as well as analytical applications. Email: [email protected]