At the Jiangyan shipyard near Shanghai, the Chinese navy is busy building up its next crown jewel. The Type 003 Carrier — boring name aside — showcases China’s growing naval ambitions and poses one of the greatest new challenges to U.S. naval supremacy in the Asia-Pacific.

China isn’t saying much about its new carrier, but satellite imagery analysed by experts at the Center for Strategic and International Studies this week shows it is making “considerable progress” on the carrier, with its flight deck, superstructure, and sponsons “nearly complete.”

The carrier, about 318 meters in length, will be the Chinese People’s Liberation Army Navy’s (PLAN) most technologically advanced and largest yet — and the largest non-U.S. carrier to be constructed in decades. U.S. Indo-Pacific Command estimates China could have four carriers by 2025, with potentially one more to come by 2030. It’s a sign China, already the world’s largest shipbuilder, wants to use that industrial might to supercharge its massive navy.

What the new carrier means. “The trend is that China is attempting to build a blue water navy, and that’s what this third carrier and plan beyond that represents,” said Eric Sayers, an expert with the American Enterprise Institute and former advisor to the commander of U.S. Pacific Command. “That’s not for its near seas. … That’s more for projecting power into the Indo-Pacific and beyond.”

China’s carrier upgrades and other investments in its navy have some experts worried Beijing could be getting more capable of showdowns with U.S. carrier strike groups in the region or launching a military assault on Taiwan, which top military officials have predicted could come within the next six years.

“I think they’re going to become more confrontational,” said Jerry Hendrix, a retired Navy captain and former U.S. Defense Department official. “With their carriers, they may think that they’re going to be able to establish sea control for long enough that they can pull off an amphibious assault.”

Tensions between Washington and Beijing have ratcheted up as China bristles at the U.S. Navy’s freedom of navigation operations (FONOPS) near disputed island chains in the South China Sea. In the latest round of the two superpowers’ naval chest-thumping, China claimed it “drove away” a U.S. destroyer sailing near the disputed Paracel Islands — claims the Pentagon has dismissed as “false.”

Sayers said China is, in effect, building up two navies simultaneously: one for its “near seas” and, increasingly, a blue water navy capable of operating in open oceans. “What the carriers represent is a growing confidence that they have the industrial capacity and the capability to deter the U.S. Navy in the near seas, or at least match them to some degree, but they can also invest in direct resources toward far seas power projection capability,” he said. Catching up

The United States is already falling behind in the quantitative race with China — although naval experts caution the number alone doesn’t tell the whole story. China is estimated to have had 360 battleforce ships by the end of 2020, compared to the U.S. Navy’s 297 ships. Some of U.S. President Joe Biden’s picks for top Pentagon posts have voiced support for getting the United States to a 355-ship Navy, but Biden’s budget doesn’t seem to match those plans.

Then there’s the matter of what’s on the carrier itself. U.S. carriers have had catapult launch capabilities on board for decades, giving its Navy the ability to generate massive “sorties” (Pentagon speak for bombing runs).

But for China, it’s a big deal. Developing carriers with larger flight decks and catapult and resting gear platforms like the Type 003, which should be ready to go by 2022, gives Beijing the ability to throw more heavily armed fighter jets into combat at flight speed — a sign Beijing could challenge the dominance of U.S. flattops in the region.

Keeping U.S. naval planners up at night. The carriers’ significance is not lost on experts in Washington. “They’re moving beyond having aircraft carriers as just prestige platforms, and they’re moving to something much more complex,” Hendrix said. “They’re moving to a power projection platform that can throw ordinance a longer distance.”

This story is reprinted with permission from Foreign Policy 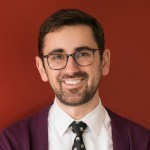 Robbie Gramer is a diplomacy and national security reporter at <a href="https://www.foreignpolicy.com">Foreign Policy</a>. 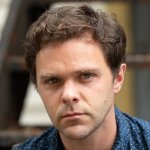 Jack Detsch is the Pentagon and national security reporter for <a href="https://www.foreignpolicy.com">Foreign Policy</a>.

By Robbie Gramer and Jack Detsch