Lake Kununurra in WA’s East Kimberley has been restocked with barramundi, surpassing 1 million fish as part of government efforts to lure more recreational fishers to the area.

The government initiative, which saw barramundi fingerlings added to their natural range within Lake Kununurra eight years ago, is all part of a plan to bolster the draw of the East Kimberley as a ‘tourism mecca’.

“Recreational fishing helps boost regional economies and create local tourism jobs and we’re committed to more releases across the next three years, with the barra stocking tally likely to pass two million by then,” Punch said.

On Sunday, the latest barramundi restock saw records hit one million fish restocked into the estuary.

Broome’s north regional TAFE has managed the broodstock collection, breeding and restocking program since 2012. The TAFE grows the fingerlings, which reach a minimum legal length of 55cm in less than three years. 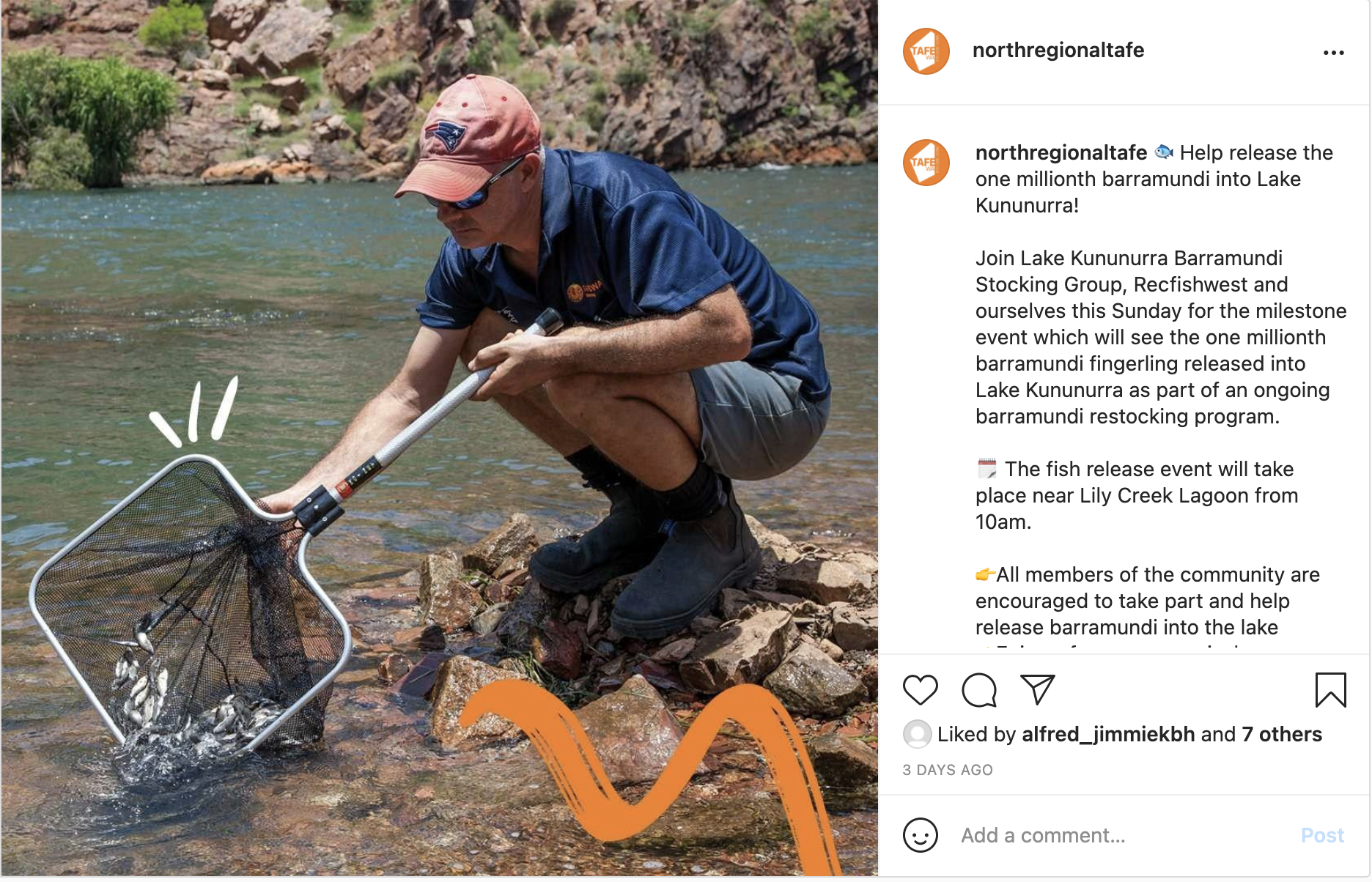 Local politician Divina D’Anna said the program was important in transforming the East Kimberley into a world-class destination for recfishers across Australia.

“With 750,000 Western Australians going fishing every year, we want to see them heading up north to stay and spend in the Kimberley on local job-creating fishing trips,” D’Anna said.

“I am delighted the government has committed to fund a further three years of the program through the WA Recovery Plan and I look forward to hearing even more stories of great barra catches from locals and tourists alike.”

Melissa Coade is The Mandarin’s Senior Journalist based in Canberra, where she works from the parliamentary press gallery. She has had various government, communications and legal roles, and has written for the Law Society of NSW Journal (LSJ) and popular legal publication, Lawyers Weekly.