The recent trend to militarisation of the public service raises further questions. Why is it happening more frequently today? And should Australians be worried?

As identified in the last article, militarisation is associated with the conservative nature of the present federal government. The armed forces and true conservatives share similar ways of thinking. Military personnel are trained in, amongst many other things, respect for authority and hierarchy. These are traditional conservative values.

There are of course exceptions — any large group of human beings will display a range of behaviours and values — but generally members of the armed forces incline to a more conservative view of the world than the average among the population. They are the profession most likely to vote Liberal, according to Roy Morgan polling.

So public sector militarisation is a natural pathway for a conservatively inclined government. That cannot, however, be the full explanation. The present government has shown more of a tendency than past Coalition governments to put military figures into roles that would normally be exercised by public servants.

What is different today? The new element in the equation is fear.

There is so much to be frightened of: the current pandemic, future pandemics, climate change, job insecurity, housing stress, boat people and other unauthorised arrivals, up to and including the truly frightening prospect of war with China.

A large proportion of the population, when feeling afraid or under threat, turn to authority figures for reassurance. Who better to provide this than a uniformed soldier? Although for purposes of public reassurance almost any figure in uniform will do: we have seen some state governments using senior police in just that fashion.

That plays into the interests of those who want authoritarian solutions to problems. Authoritarianism is a broader question, one that is not divided on standard party political lines.

There have always been politicians on the Labor side attracted to the military. Former opposition leader Kim Beazley, nicknamed ‘bomber’, was famous for his love of military hardware; Mike Kelly, a former Australian Army officer, was a minister in the Gillard government.  The Andrews Labor government in Victoria has relied on heavily enforced lockdowns during the pandemic, and called on the military for support (as have other states).

On the other side, many Liberal MPs are privately concerned about the encroachment on personal liberty represented by the growing influence of security and defence interests — although few are prepared to voice those concerns in the current political climate.

Even if the government characterises the vaccine rollout as mainly about logistics, that is not a good justification for militarisation. There is plenty of Australian transport and logistics expertise outside the military — companies like Linfox, Toll, or TNT, or Startrack Express which, as part of Australia Post, is wholly owned by government. There is no reason the public service could not contract in appropriate logistics expertise. It seems the reason for introducing military figures into the vaccine rollout picture is more about dealing with fear.

Not all our fears are real. There is no prospect Australia will declare war on China, despite defence minister Peter Dutton talking it up — we would be crushed. Nobody in their right mind would want such a war.

A popular television show, Border Security — Australia’s front line, portrays a world where Australia is surrounded by criminals determined to bring dangerous foods, pests, drugs and other contraband into the country. The show is little more than propaganda, with each show being signed off by officials from the border agencies. The impression it gives is not accurate — the vast majority of visitors to Australia pose no threat. Yet it contributes to a climate of fear — which no doubt also adds to its ratings, viewers like the horror movie vibe.

The head of the department of home affairs, Mike Pezzullo, talks of beating the drums of war. That kind of talk makes our place in the world less secure. It might be motivated by genuine worries, but the practical effect is to lead other countries to view Australia itself as a threat that has to be dealt with — so making us less secure.

Statements like these from senior people add to our sum total of fear, and so eventually lead to a boost in funding for, and influence exercised by, defence and security agencies. This might not be the sole intention behind talk of threats and dangers, but no senior official or minister would be unaware of the impact on their own budgets.

At the more operational level, security agencies add to our fears simply by doing their work. It is called selective attention. Their job is to look for threats, so they find them.

The more an agency searches for threats, the more likely it will be to see them even in small bits of information that might otherwise be ignored, and to magnify small challenges into major threats. It is a self-fulfilling exercise: the more threats found, the bigger the budget allocated to look for threats, and so inevitably even more are found.

Which leads to the second question — should we be worried? There is no objectively right answer. It depends on values.

For some people, militarisation is a good thing. They trust people from the armed forces to get things done and keep them safe.  Even military dictatorships — which we are nothing like — have civilian support from sections of the population.

For others, personal liberty is more important. They see militarisation as a threat to democratic institutions. They would also point out that there is little if any evidence that the military is more effective than a good public service in dealing with civil problems like public health.

The eventual resolution of these questions will come through experience. Will military expertise prove decisive in delivering an effective vaccine rollout?  If it does, supporters of militarisation will be vindicated — but if it does not, then future governments will be less likely to turn to military figures for assistance. 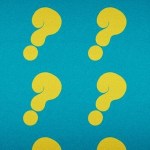 They break the rules, disrupt norms, can’t promise ROI. Why risk an innovation project? Here’s how to know when you’ve added value 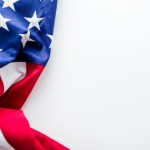 ‘What you cannot avoid, welcome.’ China, the US and Australia in between 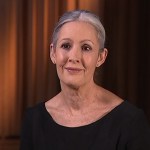 Cultural change needed if we are to find better political representation 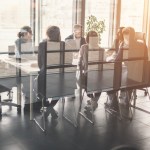 The agile C-suite: a new approach to leadership for teams at the top 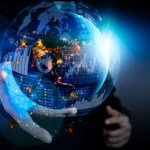