Various boards of directors, committees of management, and public sector entities are currently knee-deep in the year-end ritual involving the poking, prodding, quizzing by accounting types known as the financial statement audit.

These audits are led by auditing professionals who will typically be registered company auditors and are required to ensure they follow accounting standards, auditing standards, ethical standards and the Corporations Act, along with any other relevant laws a particular entity must follow.

Banks might be corporations, for example, but there is a significant body of prudential regulation with which they must comply. Departments in the public sector have a swathe of rules they are required to comply with in relation to disclosure that – at least according to the Australian National Audit Office – some departments continue to fail to meet properly.

Auditors and their role to stick their noses into digital crevices to find out whether companies have done the right thing tend to get the raw end of the deal.

Consider the fact that those that are auditors – the fully fledged ones with registration with the corporate regulator – have much of their regulation hard wired into the company law.

It is not universally known that the ethical standards for those who are engaged in audit are legally binding.

An interesting method of legislating them makes ethical standards – sometimes regarded as a bit woolly by people – legally binding.

In plain English: a breach of ethics in the audit world is a breach not just of the rules of professional bodies but also a breach of black-letter law.

There is, then, a question of what the significance of the breach may be and if some form of action is merited by the corporate regulator, but if you are an auditor, a breach of ethical standards is, by its nature, a breach of law.

The thumbscrews have been tightened on auditors, and evidence of this is the recent successful prosecution of an audit company and an auditor for an alleged failure to follow the very audit standards that tell them what they should do.

What about the people who make up the remaining balance of the three-legged stool of governance: directors, senior managers, and auditors?

It is  interesting that that those members of the accounting profession who are in corporate roles, such as directors, are not impacted by the ethical standards being black-lettered in law on the same way, yet the same document is designed to deal with members of accounting bodies in general, members in a corporate type environment, and those members in public practice.

Auditors are held to a higher standard in terms of ethics in that respect because their ethical guidance is embedded in law.

The actual standard setter that sets audit and assurance guidance is a statutory board that is overseen by the Financial Reporting Council and reports to parliament whenever it gets to appear before estimates.

It gets rather interesting when you consider a body that has extra-legal guidance that is in no way regulated in the same manner as the accounting profession’s code of ethics but plays a major part in the way companies – particularly listed ones – report.

Take the recommendations and principles of the Corporate Governance Council, which sits under the auspices of the Australian Stock Exchange. There is no law that demands it be followed but it is accepted as a benchmark for listed companies.

The Corporate Governance Council also sits outside of a regime that requires the council to be accountable to the government of the day as well as the parliament.

Consider this for one moment: a set of requirements applying to corporate executives and directors – the people who govern an entity and are responsible for its accounts – do not have a part of the regulation they comply with in black-letter law while the auditors that look at their material are regulated.

It is probably time policymakers in the federal treasury sat down and had a bit of a chin wag about this, because there is an excellent opportunity to rationalise the regulatory framework that some people have characterised as a spaghetti junction.

That opportunity comes with the evolution of a new sustainability standards board that will have its base with the IFRS Foundation, which is the body responsible for global accounting standards, in London.

There would be nothing wrong with establishing a governance and sustainability reporting board that takes over the work of the Corporate Governance Council but expands the governance disclosure guidance to provide relevant disclosures and details for not-for-profit entities.

You can then get the body to also deal with the sustainability standards that the G7 countries and global securities regulators believe are critical.

Such a standard-setter on governance and sustainability standards could sit beneath the Financial Reporting Council like the accounting and auditing standards boards.

It would be accountable to parliament and be called to front parliamentary committees from time to time.

This would also round off some of the regulatory inequity between auditors and the people they audit, because some of the guidance directors comply with in the form of corporate governance disclosures would be set by a statutory standard setter and made law under such a regime.

There is nothing wrong with using the creation of a new global authority to engage in a bit of spring cleaning of our own in Australia. It just requires some creative thinking and people willing to rattle the cage. 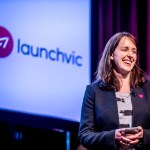 How this policy champion is unleashing Victoria’s venture capital landscape 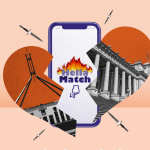 Soft corruption and weak administration — the match made in hell 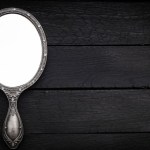 From government policy to algorithms to medical research focus — where are the women? A review of Caroline Criado Perez’s ‘Invisible Women’ 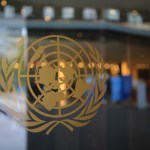 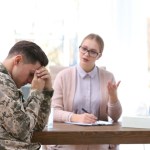 The costs of being a caring manager 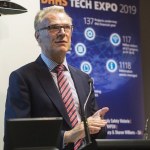