From the moment we are born, we are in a constant search for meaning in the world.

We achieve this through a remarkable, but imperfect, process of (re)construction of the signals absorbed by our eyes, ears, nose, mouth and skin into some coherent sense of what we believe to be reality.

This process is unique to each of us, as is the version of reality we create. We all live in our own world.

While we do agree on much of what is around us, we largely skip over the subtleties that make our perception unique.

We have even devised a set of specific terms to describe our perception of colour –precisely because it’s impossible to describe colour without those terms – or using a simile or metaphor, yet colour is arguably the simplest sensation we have.

We use language to categorise and communicate our sensations, thoughts and feelings and probably manage to only get a small proportion across to anyone else; luckily that seems to be enough most of the time.

We, as a species, have been trying to make sense of our experience of the world since (our) existence began and as our roles in society have perhaps become more esoteric and defined, artists and scientists have jostled for pole position in the search for understanding.

Both approaches have contributed enormously to what we now think we know about the brain, the world and ourselves, and the more we examine how we construct our internal world, the more we realise there is no ‘normal’.

Noticeable and potentially measurable differences in perception range from the subtle and benign differences in seeing a face in noise that can be related to personality, to the dramatic and sometimes disturbing experience of a voice or entity that only the beholder experiences.

Between these extremes there’s every possible permutation imaginable, the more common of which have been named and documented: synaesthesia (unusual association between sensations), migraine auras, aphantasia (lack of internal imagery) and visual snow syndrome, to name a few.

The last of these – visual snow – has only been identified relatively recently, though it’s likely to have existed for as long as we have. Visual snow is aptly named as its primary symptom appears as a noisy dynamic veil over everything perceived by the viewer, as if their visual system were somehow detuned like an analogue television.

The Distorted Constellations exhibit by Nwando Ebizie, who has experienced visual snow since birth, is meant not as a graphic representation but as a metaphor for her ongoing experience living in a world frosted by visual snow.

This has always been her (visual) world, this is her ‘normal’.

These two approaches are really not so different and work symbiotically in places like the Science Gallery; it’s not a ‘collision’, far from it, it’s a weaving together of the different threads to form a new picture – one that cannot exist in either domain alone.

Artists have exploited these idiosyncrasies in perception and the role of the viewer since the canvas was a cave wall, and likely before.

There is credible research that the cave paintings in Lascaux in France were deliberately placed to induce motion in the experience of the viewer when lit by a naked flame. There’s little doubt much of the Indigenous rock art in Australia holds a similar insight and understanding of how it will be seen by others.

Much later, the post-impressionists explicitly demanded input from the viewer to appreciate the work. As Cezanne put it “You need more than eyes to see, you need to think”. In this understanding of the unique nature of perception, art led the way and still does: Riley, Dali, Turrell all deserve a PhD in perception.

We make space for identifiable behavioural differences in individuals in society when it suits us but we are notoriously bad at welcoming, respecting and honouring all differences whether they are apparently useful or not.

We all hallucinated last night as we dreamt whether we remember the dream or not: that’s just the brain doing its job and being ‘the slave to sense’. But someone talking animatedly to nobody that we can see in the park, that’s entirely different; except it’s not.

Dream, hallucination or reality are all a product of the same thing; that bucket of meat inside your head and despite those differences, that’s what binds us.

American writer, filmmaker and philosopher Susan Sontag noted that “existence is no more than the precarious attainment of relevance in an intensely mobile flux of past, present, and future”.

The fundamentally unique nature of past, present and future for each person makes not only that existence unique but also malleable.

Understanding and welcoming the fact that there is no normal and every individual’s existence is valid, however ‘out there’ it may seem, is fundamental to a functional society and, in turn, tempers the more destructive aspects of a very different version of the world.

If they are to help anyone, they must try to understand their own and another’s ‘precarious attainment of relevance’, not to try and make everything normal.

There is no such thing.

Part exhibition, part experiment, MENTAL is a welcoming place to confront societal bias and stereotypes about mental health. It features 21 works from local and international artists and research collaborators that explore different ways of being, surviving and connecting to each other. Opening in July 2021, book your free tickets now.

She-Oak and sunlight: ‘the best feelgood show I have seen since COVID’ 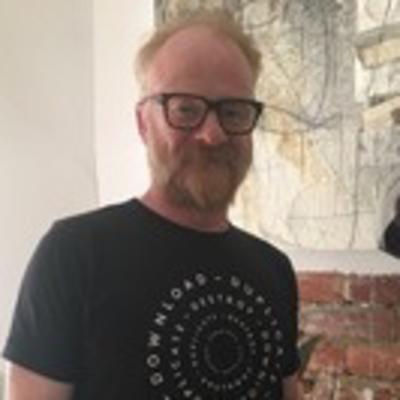 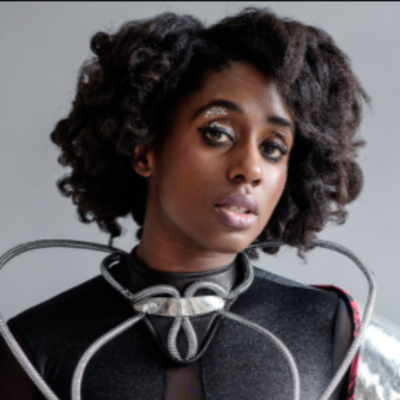 Nwando Ebizie is an artist.