He’s the octogenarian Nobel prize winner speaking common sense and science to a country in crisis, and the namesake of a building that houses a national research group that is leading Australia out of the COVID fog.

With more than 77,000 followers on Twitter, it occurs to Laureate Professor Peter Doherty that he’s probably an influencer. It is comforting to know someone as deeply qualified (in 1996 he shared the Nobel Prize in medicine or physiology for discovering the nature of the cellular immune defence) and committed to an evidence-based world view has the time and inclination to answer questions like ‘What would Australia’s death rate be if we didn’t have lockdowns, masks or social distancing?’.

Interesting question and I'm grateful to Govt at every level that it's a hypothetical. Terrible in the cities, but horrific in remote communities & small towns. And it wouldn't have even given herd immunity. Vaccines work much better than infection when it comes to protection https://t.co/o0Q2arBpoW

Doherty has actually crunched the numbers. Without vaccination, COVID-19 will likely kill 1% to 1.5% of those infected. That level of mortality is ten times the annual death rate for influenza.

In his new book ‘An insider’s plague year’, Doherty says that if 60% of an unvaccinated Australian population were to become infected in the next 6-18 months, 150,000 people would die.

But the namesake and patron of the Peter Doherty Institute (PDI), whose modelling that the federal government is pinning its four-stage COVID response plan on, admits that a misfired question to the Twittersphere that simply posed ‘Dan Murphy opening hours’ was probably what catapulted him to internet fame (back then, Doherty had about 26,000 followers).

“I feel a responsibility. I’ve actually been contacted by people who tell me I’m an influencer and ask if I sell brands, which I absolutely do not,” Doherty laughs.

“But it just occurred to me that if I have that number of Twitter followers, there’s the potential to have a pretty broadly spread voice because tweets get retweeted.”

Speaking to The Mandarin about his self-appointed role as ‘junior journalist’ for the PDI, Doherty says it made sense that somebody with his knowledge and time (as someone no longer directly involved in research) could help to explain the complex science of the COVID-19 pandemic. He began an online column, published weekly, called the ‘Setting it Straight’ series on the PDI website.

The catalogue of that contribution, which comprises most of Doherty’s new book, helps everyday people understand the nature of the virus and the efforts of a huge network of scientists and public health researchers investigating vaccines, treatment options and how the virus affects humans.

“I think it is that nobody’s been putting out a very good understanding of this infection. And it’s really weird, because I think a lot of vaccine hesitancy and anti-vaccination sentiment — and I think I’ve been thinking for a long time — isn’t so much about vaccines, it’s because people don’t understand infection,” Doherty says.

“It’s a very complicated area of science, and actually hard to explain.”

Fear tends to flood the space left open when there is an absence of understanding, and Doherty says the types of ‘barking mad’ conspiracy theories he gets asked about demonstrate how ill-equipped the wider community is to weed out fact from fiction. One way he has tried to address this in his column is providing background about the virus and work being done on it.

“As human beings, we’re very good at dealing with an acute problem, we react well, but we just don’t do well with long term problems,” Doherty explains.

“A good example is climate change, it’s the blue whale in the room and is just too big that people don’t really want to engage.”

How a plan to retire led to all this

Approximately one month before Doherty had planned to hang up his boots and settle into retirement as a scientist with direct involvement in infectious diseases research, the start of a ‘virgin soil’ epidemic had begun.

It was December 2019 and, after almost six decades of being an insider to the world of infection and immunity research, Doherty felt as though he had reached the ‘psychological cut off date’ of his high-flying career.

Officially winding back his commitments would mean an end to his jam-packed travel schedule that, in a year, saw the Nobel Prize winner flying from Australia to the US (where he would reconnect with the work of the St Jude Children’s Research Hospital in Memphis for weeks at a time), and spare days to write the books was yet to commit to paper.

One of the last international trips Doherty took with his wife before COVID-19 turned the world upside down was for a series of events for the Nobel Week Dialogue in Gothenburg, Sweden. On 10 December, 2019, the couple was invited to attend a public discussion featuring Danish author Hanne-Vibecke Holst about ‘surviving a pandemic’.

The next international trip they planned – to Italy for a public science communication festival in March 2020 – would be cancelled by Doherty one week after his initial booking.

“It was very obvious very quickly that this [virus] is going [to spread] fast. I didn’t want to be stuck out of the country when it hit – that was obvious in early March,” he says.

Back at the PDI, the focus on COVID-19 was intensifying and although Doherty was aware of the unfolding global situation, he was of the view that the best thing an eminent old scientist could do was quietly disappear.

When the institute asked Doherty if he wanted to attend a leadership group meeting three times a week to discuss the COVID-19 situation he said he was hooked, and took on a volunteer role assisting the media team with their science communications.

Although the current situation in Australia and across the planet is that there remain an enormous amount of people who are unvaccinated, Doherty says 12 months from now he expects Australia to be in a better position.

“The problem is that anything that comes from the government, to some people it is like the stone tablets coming down from the gods on Mount Olympus. These plans are all governed by probability and risk, and you’ve got to be prepared to change,” Doherty says.

“As long as the virus doesn’t go through a dramatic change, I think we’re going to be much, much better shape this time next year,” he adds.

On being an evidence-based voice of reason

Doherty argues that an important lesson Australia can take from the pandemic experience is the need to teach the ideas of probability and relative risk as part of the school curriculum. The extent of vaccine hesitancy Doherty is seeing in the community alarms him, and he believes public health teams would face fewer challenges getting more people to come forward for vaccination if the community was more accustomed to this kind of risk analysis. It should be taught at all schools nationwide, he says.

“People have the most abysmal lack of understanding about their own basic biology.

“We need to understand that [humans] are not just a black box, we are actually chemical machines if you like, and we have chemical reactions. There’s a worry about vaccines putting mRNA into people — well, we make millions of mRNAs every day within our cells,” Doherty says.

He adds that one of the challenges of getting the message out to the public about how serious COVID-19 is, and the impetus to get vaccinated, is the need for information to be nuanced. The HIV/AIDS advertisement featuring a grim reaper bowling ball in the 1980s was an example of a heavy-handed approach, but Doherty says it seemed to work.

By next year, Doherty expects children as young as five will be receiving vaccines in Australia and hopes uptake will meet the targets needed to move Australia towards greater freedoms.

He uses the analogy of a athlete’s energy as they clear hurdles in a race to explain that the flu variant of 1918-20, which caused very severe disease, experienced waves of weaker, and then stronger virulence that ultimately became a very mild disease by the end of 1920.

“Basically, will it happen with COVID? It’s not happening so far, but will it happen when it has to hit a population that is 80% or 90% vaccinated? It may not – we’ll see,” Doherty says. 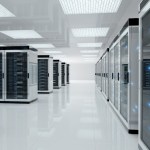 The ingredients for a more agile and sustainable digital government 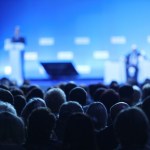 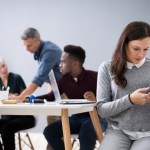 Don’t like working in teams? Perhaps you’re a maverick 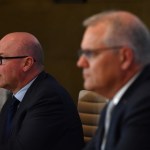 PMO report re Brittany’s partner should not surprise 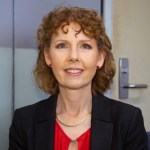 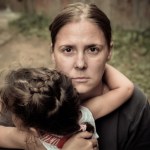 Once you’ve ended homelessness for one group, nothing seems impossible. How ‘functional zero’ can end homelessness