The Administrative Appeals Tribunal has held that national cabinet is not a committee of the federal cabinet. National cabinet was an expedient for the COVID-19 crisis, but this decision should serve as a prompt for a wider consideration of how to make the new body a sustainable and effective replacement for the late, largely unlamented COAG.

Now, then, is the perfect time to think again about the federation itself and, we would suggest, a move from thinking about it in terms of fiscal imbalance or financial control to a fuller debate about capacity. The key question for Australian governance should be this: how does the federation work as a system to produce better outcomes for all Australians?

Our state-driven response to the pandemic has reminded us that, despite a long steady drift of power and fiscal dominance towards Canberra, the federation continues to be a key feature of our country and its governance.

This was reflected in the AAT’s decision. Justice Richard White held, in not so many words, that simply calling a body a cabinet does not make it so, and therefore that national cabinet is not covered by federal cabinet’s exemption from Freedom of Information laws.

Importantly, the decision confirmed that ‘national cabinet’ is somewhat of a misnomer, in that the body is constituted by members who are all responsible to different sovereign parliaments and serve in different governments and who owe one another no solidarity or collective responsibility.

That is, national cabinet has not yet reckoned properly with Australia’s federal structure. One of the problems national cabinet faces, if it is to become a long-term replacement for COAG, is that the case against the previous COAG model was never fully articulated, so little thought was put into what it is that we want from federal-state relations and how it can be achieved. After all, COAG did have its successes, particularly in setting a considered longer-term national framework for government policy.

We need, then, to rethink the question from first principles: the value of federalism, subsidiarity, and the different roles and responsibilities of different levels of government.

What is ‘capacity federalism’ and why is it important?

State capacity is a concept from development economics that has become of wider interest during the pandemic. The concept captures two basic elements of successful governance: the ability to deliver services and the ability to raise revenue to match that need.

In this vein, ‘capacity federalism’ means taking public value seriously by relentlessly asking who is best placed to do what, focusing all levels of government on the overarching national interest and, where possible, matching revenue-raising capacity with responsibility. The goal is to ensure that objectives are achieved, not whether or not functions are neatly rationalised or assigned to one tier of government. Depending on the function it may require increased cooperation between tiers, or increased competition.

This capacity-based framing may or may not suggest a reduction of the fiscal imbalance or a change to the administration of fiscal equalisation, both long-term aspects of Australian federalism which are unlikely to ever disappear. Capacity federalism presents problem solving in the right way, by focusing on how the federation operates as a system with one overarching mission, which is to make possible better lives for all Australians.

Too often, the commonwealth, states and territories are guilty of squabbling over who gets what money, forgetting that there is no such thing as ‘federal money’ or ‘state money’ – there is only taxpayer money, and taxpayers are entitled to expect efficient and effective performance.

We are writing as strong supporters of federalism, both in theory, and as a practical means of governing a vast country with very different economies in different states and regions.

Far from a mere status quo bias, support for federalism stands on a sound philosophical and empirical foundation. As Anne Twomey and Glenn Withers identified in a paper for the Council for the Australian Federation as long ago as 2007, federalism protects the individual by dividing political power among governments, provides Australians with a wider range of policy options better tailored to their local needs, and spurs government innovation and responsiveness. Furthermore, an international comparison correlates federalism with more efficient government and higher rates of economic growth.

Federalism has popular support – particularly in states outside the NSW/ACT/Victoria axis. The Australian Constitutional Values Survey 2017 by AJ Brown at Griffith University found widespread support for the three-tiered federal system (60%), and surprisingly strong support for adding a fourth, regional tier of government (23%) — an idea more popular than abolishing the states.

How do we make the federation work better?

Federation reform tends to flounder because of the disparity between commonwealth control of the bulk of government revenue and state and territory control of the bulk of spending and service delivery. While other comparable federations around the world exhibit a similar phenomenon, it is present in Australia to a degree unheard of elsewhere. Australian states are more dependent on federal grants than constituent parts of comparable federations like the US, Canada, and Germany.

The Australian federation has long been likened to a “marble cake”, with responsibilities mixed up between the different levels of government, as opposed to a “layer cake” model with cleanly defined tiers of responsibility.

Untangling these legacy arrangements will take time but for the future we need to return to the principle of ‘subsidiarity’ which tells us that decisions and actions should be taken as local to the people they will affect as is practicable. This is essentially an epistemic claim: that decisions should be taken by those best-placed to know the more specific interests of those involved.

Universal services such as provision of aged pensions are best done at a federal level to ensure equitable treatment but issues, such as delivering aged care services in regional areas, that require collaboration with the community and knowledge of local conditions and needs, should arguably be left to local decision-makers.

But most importantly, subsidiarity must be enabled. The government best placed to deal with a responsibility must have the capacity to deliver it, and it may be necessary in many cases for the commonwealth to devolve power, responsibility, and resources to allow states, the non-government sector and local governments, do deliver the best outcomes.

The pandemic has revealed the inability of the commonwealth to undertake the tasks better left to another tier of government and governance: from the COVID Safe app to locality-based responses to aged care residents, to supporting the states’ hotel quarantine arrangements, to the delays in vaccination rollout caused by not involving the states and other major stakeholders early enough.

The commonwealth has significant strengths in many areas of implementation of consistent national policy as demonstrated by the efficient roll out of JobKeeper, and in nationally consistent areas of public policy such as Centrelink, Medicare, tax, and consistent regulation, but it often overestimates its capacity to deliver on responsibilities which require local strategies and inputs. The question is also how much can or should it stretch its capacity or bandwidth to influence how states perform their responsibilities.

We’re all in this together, right?

The replacement of COAG with national cabinet provides an opportunity to think again about the capacity of the federation to do what Australians expect. After varying examples of success in battling COVID, the states and territories are generally in a good position, politically at least, to assert themselves and take greater responsibilities while the commonwealth, having taken on significant debt in combatting the pandemic, is surely motivated to pursue a strategy of maximising the potential benefits of federalism.

In any event, regardless of how responsibilities are divided, the lesson we should take from national cabinet and the pandemic is that the federation is a system, the parts of which should act in concert to achieve better outcomes for the country as a whole. 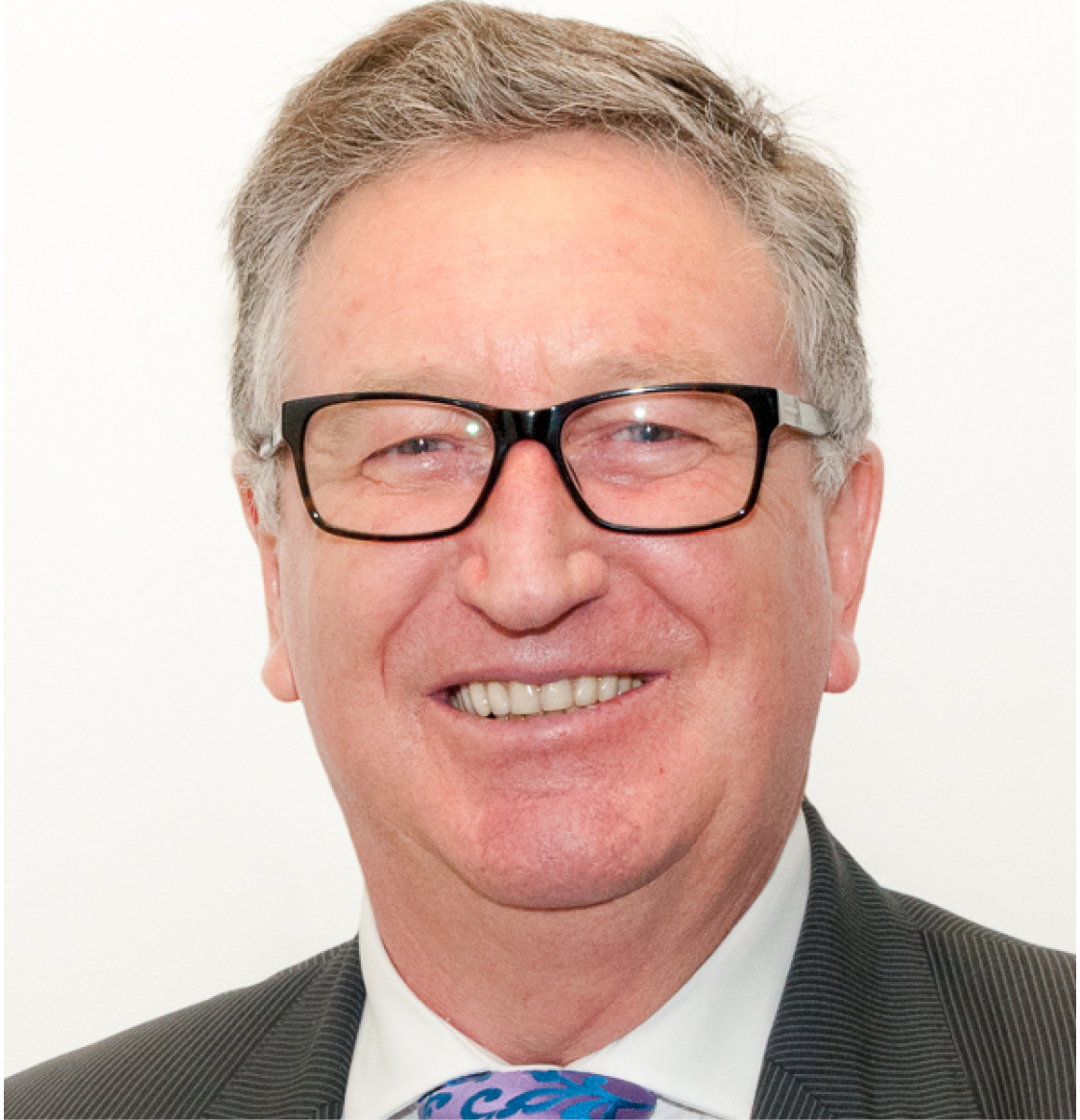 Professor Ken Smith is CEO and Dean of the Australian and New Zealand School of Government (ANZSOG), and Enterprise Professor at The University of Melbourne. Ken served for more than three decades in the Queensland government, including as Director General of the Department of the Premier and Cabinet between 2007 and 2011. 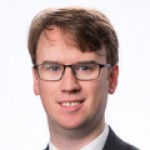 Andrew Bushnell is a researcher at the Australia and New Zealand School of Government. He has worked in government in policy and communication and is writing a PhD in political philosophy at the University of Melbourne.

Thanks, Ken Smith and Andrew Bushnell for this thoughtful piece. Three comments come to mind.

Second, the vertical fiscal imbalance ought to be quite readily fixed: the Constitution allows the Commonwealth to give grants to the states and the Grants Commission can be assigned responsibility to distribute tied or untied grants on a wide range of criteria.

Third, for there to be the kinds of improvement that you advocate, the Commonwealth has to desire to improve. The present national government doesn’t seem to be all that interested in fine tuning the federation. I don’t know what might turn it around.

By Ken Smith and Andrew Bushnell